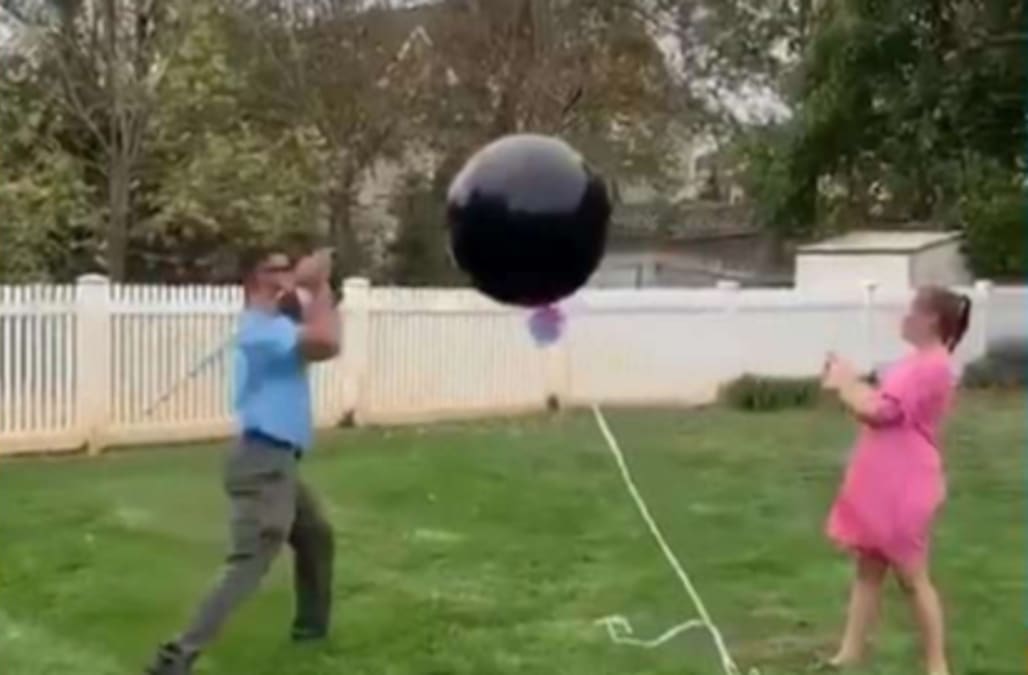 A couple's gender reveal idea backfired when the ballon they were swatting at abruptly flew away before revealing anything.

The clip was picked up by Barstool Sports on Sunday, before going viral. Carson Daly made fun of the footage this morning on the Today Show.

The soon-to-be parents are filmed swatting at a giant black balloon with flat sticks, only for one of the husband's hits to loosen the balloon's tie on the ground. As the balloon starts to float away, guests can be heard shouting and the husband tries his best to grab on before it's too late — even going so far as to try to hop over a fence (and falling).

The hilarious ordeal has been viewed over a million times on Twitter, and led to a lot of poking fun at the husband's failed attempts to grab the balloon and gender reveals in general.