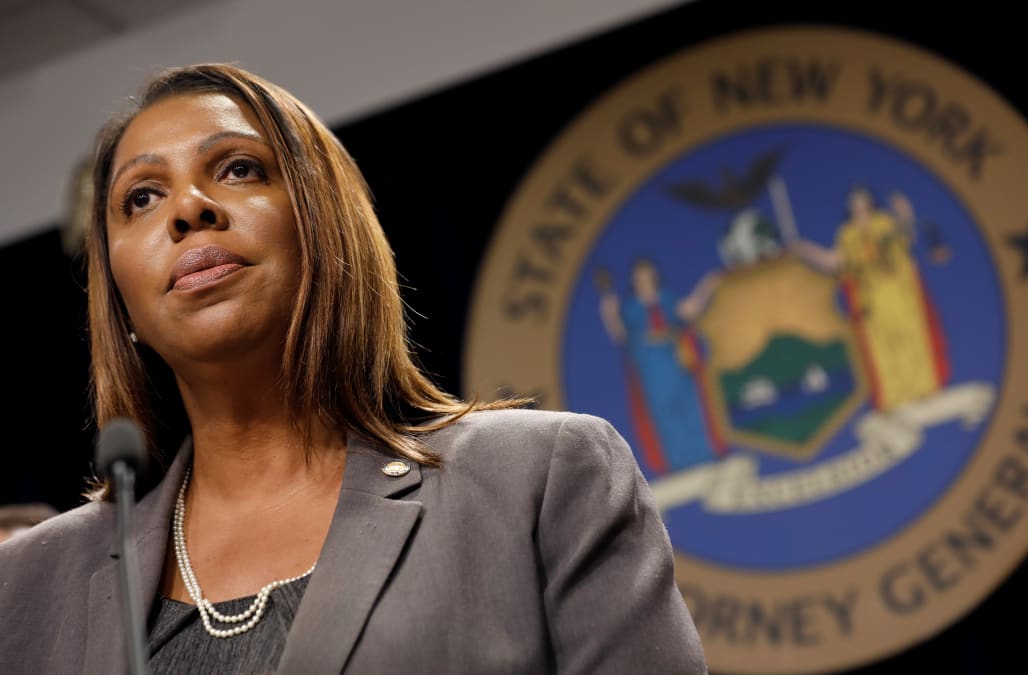 For now, the decision means that all federal taxpayers who itemize deductions remain subject to the rule first effective for the 2018 tax year, which limits such “SALT” deductions to $10,000.

Four U.S. states that collectively challenged the administration’s SALT cap — New York, New Jersey, Connecticut, and Maryland — had their case dismissed, the judge reasoning the states failed to show the cap was unconstitutional, or beyond Congress’ authority. The states said they were home to “the highest percentages of taxpayers whose federal tax burden increased” under the new rule. All four are Democratic-leaning states.

‘An invasive and unprecedented attempt’

New York Attorney General Letitia James called the administration’s limitation “an invasive and unprecedented attempt by the federal government to curtail” state constitutional rights. James said her office was reviewing the decision as it considered its available options. That could include an appeal. “We remain committed to defending our taxpayers and our state,” she said.

The law unfairly targets blue states, the states’ attorneys general argued, in advocating to maintain the old rule on SALT deductions that would largely benefit homeowners.

Taxpayers may forget that donations they gave last year may get them a bigger refund. If you cleaned out your bulging closet and dropped off clothing or household goods at your favorite charity, this may be deductible on your tax return.

Taxpayers taking a full course load and working toward a degree can receive education benefits through the American Opportunity Tax Credit for college expenses. But even those who just took one class to further their career may be able to take the tuition and fees deduction. With this credit, you can deduct up to $4,000 for tuition and fees, books and educational supplies for you, your spouse or your dependents.

The earned income tax credit is a refundable tax credit given to filers who earn low to moderate income from their jobs. The credit can be worth up to $6,044, depending on your income and how many dependents you have, but one in five tax filers overlook this opportunity, according to the Internal Revenue Service. You must file your taxes to get it, so even if you make less than $10,000 (the minimum income filing requirement), you should still file your taxes.

If you were looking for a job last year, you may be able to deduct costs related to your job search -- even if you didn't secure a job. Job search expenses such as preparing and sending resumes, fees to placement agencies and even travel related to the job search can be included.

This credit is often overlooked and seldom talked about. If you have an income up to $29,500 ($59,000 for married filing jointly), you can save for retirement and get a tax credit worth up to $1,000 for individuals and $2,000 for couples if you contributed to a qualifying retirement plan such as an individual retirement account or 401(k). The retirement saver's tax credit is a win-win situation since contributions to your IRA may also be a deduction from income.

Taxpayers who weren't so lucky gambling last year should know that losses can be deducted if they itemize their deductions. However, your amount of losses cannot surpass your winnings, which must be reported as taxable income. For example, if you have $2,000 in winnings and $4,000 in losses, your deduction is limited to $2,000. Make sure to collect documentation such as receipts, tickets and other records to support your losses.

Judge Paul Oetken, who was appointed by Obama, concluded that the states failed to “plausibly” claim that the cap constrains states’ sovereign tax power decision-making any differently than under other major federal initiatives.

New York’s lawyers argued that its taxpayers would collectively pay $121 billion more in federal taxes between 2018 and 2025 than without the $10,000 cap. The state’s filers who itemized deductions under the old rule claimed $21,943, on average.

New Jersey, Connecticut, and Maryland argued that in 2018, alone, taxpayers from their states paid $7.5 billion more to the federal government than they would have paid without the cap.

Alexis Keenan is a reporter for Yahoo Finance. She previously worked for CNN and is a former litigation attorney. Follow on Twitter @alexiskweed.