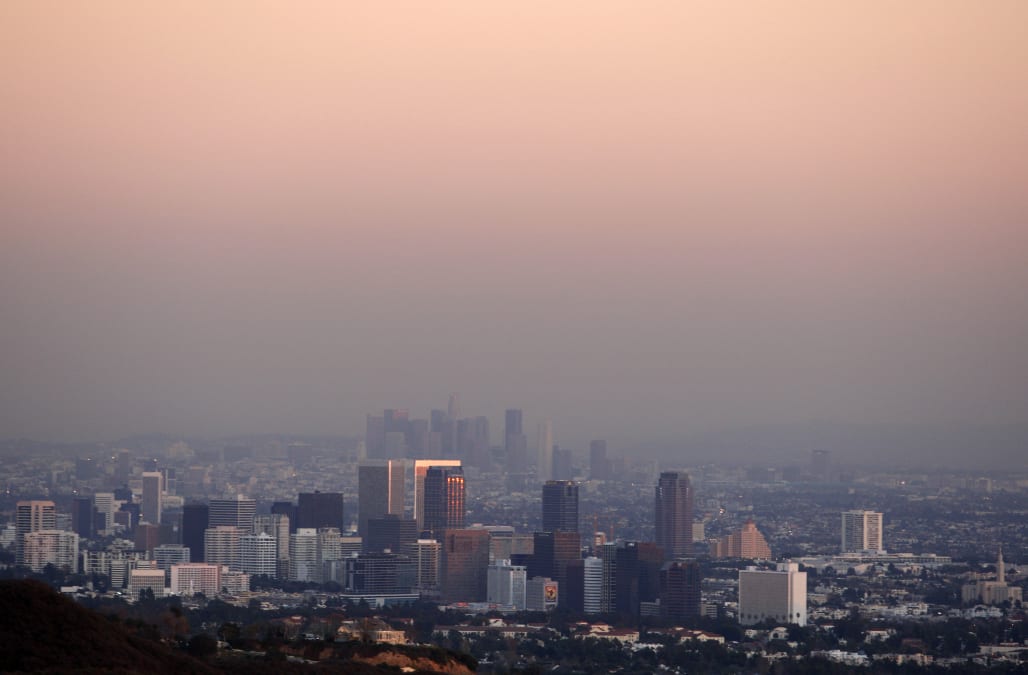 The government's warning comes days after the Trump administration moved to block the state's emission standards for cars and trucks, a move that would eliminate California's most important weapon for combating its biggest source of pollution.

Tuesday's announcement by U.S. Environmental Protection Agency Administrator Andrew Wheeler chastised California for its backlog of pending rules and regulations to reduce pollution in areas that do not meet federal air quality standards.

But Wheeler's letter to the California Air Resources Board puzzled state regulators and even former EPA officials who say the backlog exists because the federal government has not approved the plans.

"It makes no sense," said Gay MacGregor, a former senior policy adviser for the EPA Office of Transportation and Air Quality from 1983 until 2016. "What they are doing today is basically punishing California for EPA's own inaction."

The federal government sets rules for how much pollution can be in the air. Lots of places in the country don't meet those standards. But no state has more problems than California, where 85% of the population — 34 million people — breathe dirty air.

Federal law requires states with dirty air to come up with a plan on how to reduce pollution. Those plans must be approved by the EPA. The federal agency has a backlog of these plans awaiting approval, and California accounts for more than 130 of them, or about one-third of the total.

Wheeler blamed California for the backlog on Tuesday, saying most of the plans are "inactive" and have "fundamental issues related to approvability." He asked the state to withdraw the plans and come up with new ones. If they don't, the government would punish the state by withholding federal road dollars. But that punishment involves a process that could take up to 18 months.

"California has failed to carry out its most basic responsibilities under the Clean Air Act, and as a result, millions of Californians live in areas that do not meet our nation's air quality standards," Wheeler said in a news release. "EPA stands ready to work with California to meet the Trump Administration's goal of clean, healthy air for all Americans, and we hope the state will work with us in good faith."

Wheeler's announcement, detailed in a letter sent to California regulators, "contains multiple inaccuracies, omissions and misstatements," according to Richard Corey, executive officer of the California Air Resources Board.

The letter lists six California plans it says are not in compliance. It includes one for Ventura County for the 1997 federal ozone standards. But Ventura County already meets the 1997 standards, so a state plan is not required, said Ali Ghasemi, division manager for the Ventura County Air Quality Pollution Control District.

"That's news to us," said Philip Fine, deputy executive officer for Planning and Rules at the South Coast Air Quality Management District. "We work very closely with the (EPA) to make sure everything we submit is approvable and staff there told us there were no issues with it. We were expecting approval."

Much of California's smog problem comes from its 35 million registered cars and trucks, the most of any state. But the problem is also compounded in Southern California, home to two of the world's largest ports where much of the country's freight passes through and is carried away on diesel trucks and trains.

Only the federal government can regulate emissions from trains, planes, ships and heavy-duty trucks, according to Corey, the executive officer of the California Air Resources Board.

"California and other states had to go to court, repeatedly, to get the EPA to implement the strict smog standards it claims to be worried about," he said.

The EPA says it plans to issue $40 million in grants to help areas around the country meet federal air quality standards, including several communities in California.