Rabbit or crow? This mind-blowing optical illusion has the internet torn 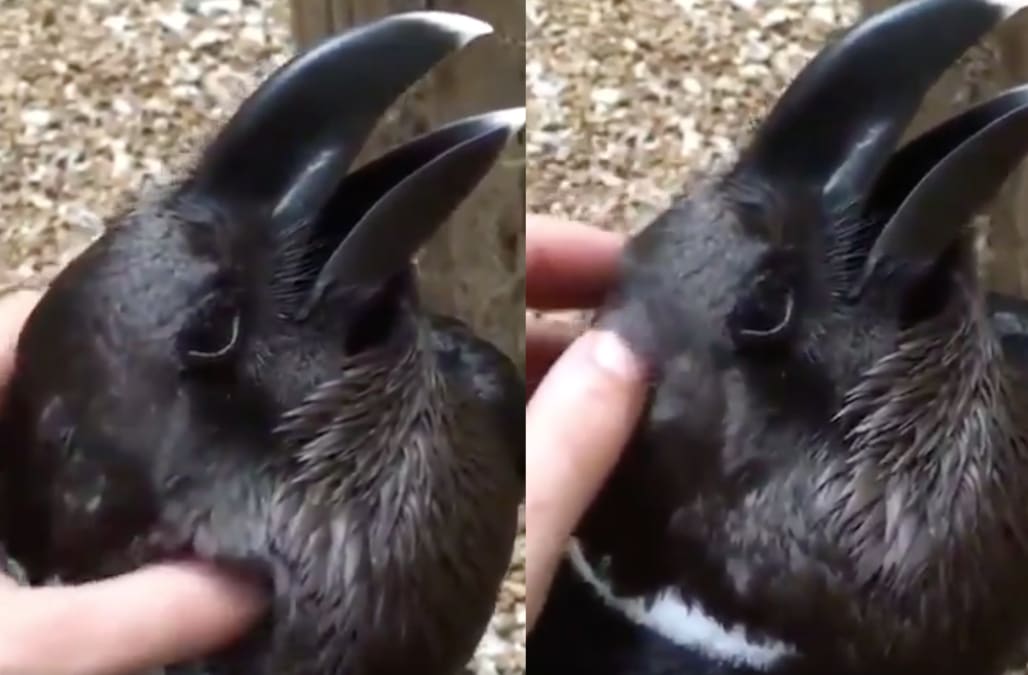 The internet's latest viral argument is all because of a small, fluffy rabbit. But, wait, is it even a rabbit?

That's the question that has social media users torn.

When some people look at this animal, they absolutely do see a black-haired rabbit. But for others, it's 100 percent a crow. The only thing people seem to agree on is that, no matter what, everyone has a strong opinion on the optical illusion.

So where did the rabbit vs. crow debate come from? It all started when Twitter user Dan Quintana posted a video of the mystery animal on Sunday, adding the caption: "Rabbits love getting stroked on their nose."

Rabbits love getting stroked on their nose pic.twitter.com/aYOZGAY6kP

Immediately, the caption plants the idea of a rabbit in your head. But once the video starts, it's easy to change your mind.

The source of the phenomenon seems to come from how a person views the orientation of the video. If the animal is looking left, it's definitely a rabbit — complete with a pair of long, black ears.

However, if you think the animal is looking to the right, it becomes a crow — with its beak facing upward as someone strokes the back of its head.

The debate is reminiscent of "The Dress," a viral internet phenomenon that stemmed from a 2015 post on Tumblr and quickly spawned into Twitter arguments, mass media coverage and plenty of scientific analyses. Some saw the striped dress as definitely blue and black, while others insisted it was white and gold. The controversy went on for months, as each person's perception of the photo was affected by how their eyes perceive light, and how people can interpret color in different ways.

The crow and rabbit photo causes confusion for a different reason. Still, for a full explanation — and for a definitive answer — we may need to wait to hear more from Quintana himself.

I've done a few media training courses for scientists, but none of them covered how to respond to meme inquiries pic.twitter.com/yPSfXptqfX