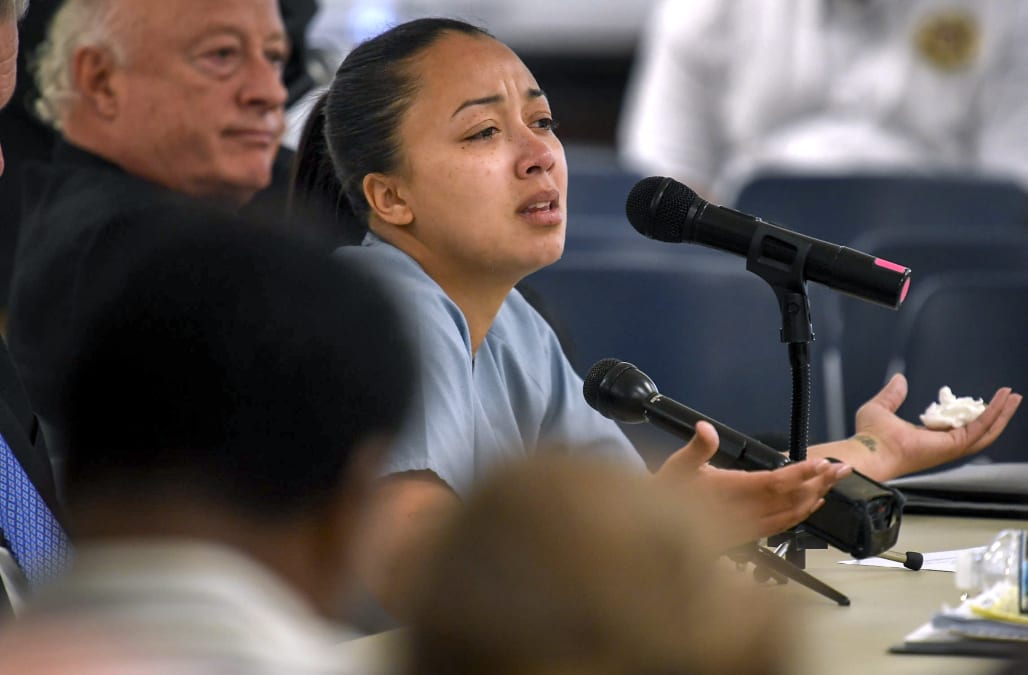 Cyntoia Brown walked free from a Tennessee prison early Wednesday after serving 15 years behind bars for the murder of a man she testified bought her for sex when she was a teenager.

“Early this morning offender Cyntoia Brown was released the Tennessee Prison for Women,” the Tennessee Department of Correction said in a statement around 3:30 a.m. local time.

Brown was only 16 when she fatally shot and killed 43-year-old Johnny Mitchell Allen, of Nashville, in 2004. She was tried as an adult and convicted on charges of first-degree murder, first degree felony murder and aggravated robbery.

Celebrities rally behind Cyntoia Brown
did we somehow change the definition of #JUSTICE along the way?? cause..... Something is horribly wrong when the system enables these rapists and the victim is thrown away for life! To each of you responsible for this child's sentence I hope to God you don't have children, because this could be your daughter being punished for punishing already! #FREECYNTOIABROWN #HowManyMore
The system has failed. It’s heart breaking to see a young girl sex trafficked then when she has the courage to figh… https://t.co/pOupx9dfh8
This is totally backwards! Where is the justice in this so called justice system?
What's really going on here man!?!? Like seriously though. Guess she didn't have the RIGHT to finally defend herself huh?!? GTFOH. Cyntoia should be getting a award, medal of courage of sort instead of being locked up. But not only locked up, convicted as an adult and won't be eligible for parole til 69 years of age!! She's 29 now! 🤦🏾‍♂️ at the system in place! Doesn't make sense at all especially in this one. Just my 💭. #FreeCyntoiaBrown💔✊🏾🙏🏾
I love you, @KimKardashian. Thank you for this. #CyntoiaBrown #freecyntoiabrownِ https://t.co/3y2FgZx5up
Up Next

Her sentence demanded that she serve at least 51 years behind bars before becoming eligible for parole – but she was granted clemency in January by then-Tennessee Gov. Bill Haslam.

His decision came after her case drew the attention of A-list celebrities like Rihanna and Kim Kardashian West as well as other high-profile lawmakers, attorneys and criminal justice reform advocates.