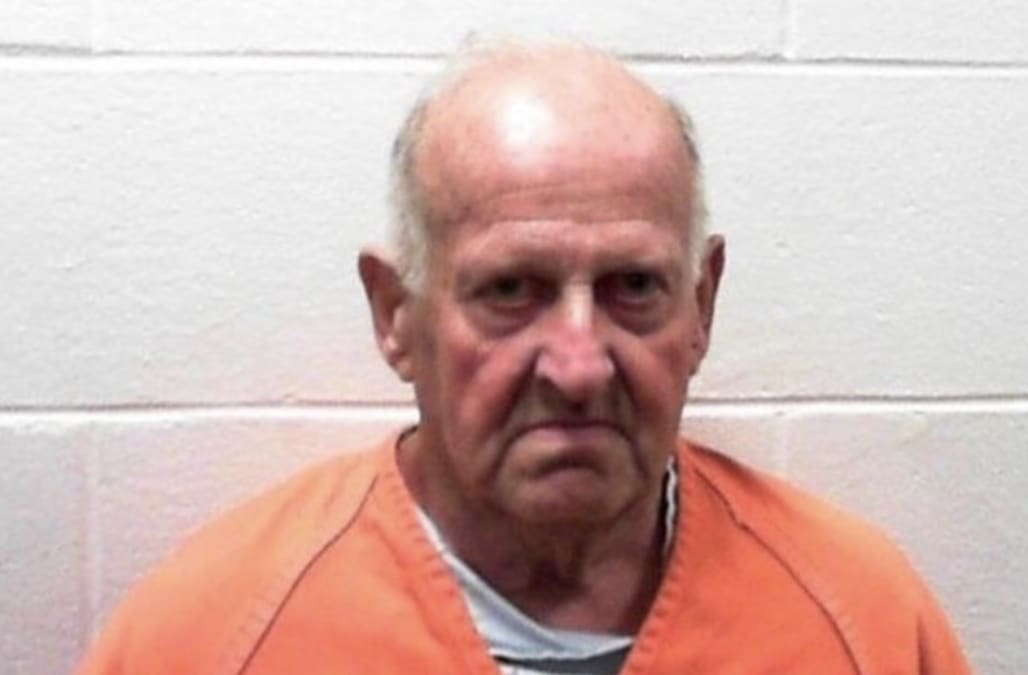 Albert Flick first landed in prison in 1979, when he was found guilty of stabbing his wife to death in front of her young daughter.

Now, the 77-year-old, who a judge previously deemed too old to pose a threat, has been sentenced to jail again for a nearly identical crime.

Flick was found guilty Wednesday of murdering Kimberly Dobbie, a 48-year-old mother who police say was stabbed at least 11 times in front of her twin sons. It took the jury just 40 minutes to convict Flick, according to the Lewiston Sun Journal.

The trial featured surveillance footage of the stabbing, which took place outside of a laundromat in Lewiston, Me. Flick was also caught on video purchasing two knives just days before the murder.

Flick served 25 years for the 1979 murder and was then imprisoned again in 2010 after assaulting another woman. In that case, a judge rejected the prosecution's recommendation of a longer sentence, claiming that due to his age, Flick would not pose a threat.

"At some point, Mr. Flick is going to age out of his capacity to engage in this conduct, and incarcerating him beyond the time that he ages out doesn’t seem to me to make good sense from a criminological or fiscal perspective," the judge said at the time.

As a result, Flick was released in 2014 and moved to Lewiston. It was there that he met Dobbie, who was homeless, and began stalking her, according to prosecutors.

Androscoggin County Assistant Attorney General Bud Ellis told the jury that when Flick discovered Dobbie was planning on leaving town, he decided to kill her.

Sentencing in the case is set for August 9. Flick faces at least 25 years in prison, and prosecutors have said they will seek a life sentence.