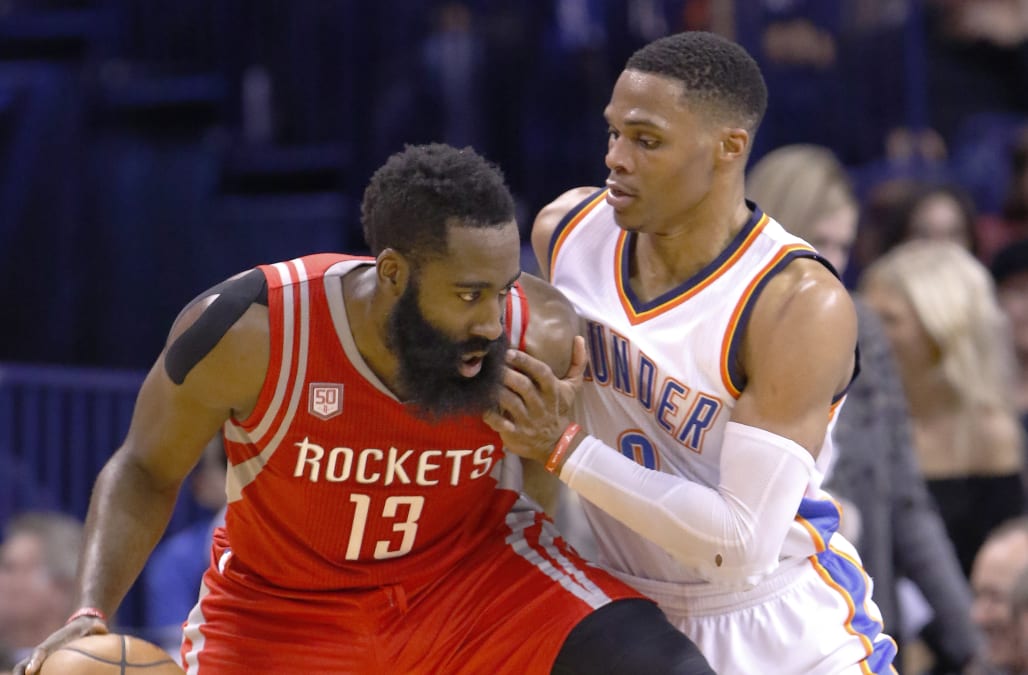 At some point, the National Basketball Association needs to slow down. Right?

Just as the league was calming down a week after Kawhi Leonard and Paul George upended the Western Conference by heading to the Los Angeles Clippers, the Oklahoma City Thunder took another massive step in their surprise rebuild by trading Russell Westbrook to the Houston Rockets for Chris Paul and another boatload of picks.

Westbrook and James Harden are now reunited in Houston. The Thunder have enough draft picks to make the post-Kevin Garnett trade Boston Celtics blush. Chris Paul could be headed to yet another team. The Western Conference remains a thunderdome of contenders.

DARYL MOREY HAS ENTERED THE CHAT

This offseason is undefeated https://t.co/xhkpSJtDBA

When Russ and Harden are both an assist away from a triple double pic.twitter.com/K2ulV5elQb

but i wanna get a triple double tonight.

This is hands down the craziest summer in the history of the NBA and there isn’t even a close 2nd.

The Thunder are going to be INCREDIBLE in 2027

Kinda crazy to think how much more OKC got for Paul George than they did Russell Westbrook. Lots of reasons to point to, but still. It's like double. https://t.co/MALFW7yFUV

Houston Texans star J.J. Watt sent out a heartfelt goodbye for Paul, who had an important hand in Watt’s Hurricane Harvey fundraiser.

Gonna miss you @CP3. Not many people know, but CP was literally the first celebrity to reach out and donate to the hurricane fundraiser. He had just recently been traded to Houston, called up and said he wanted to help. Very first one. Absolute legend.

The actual mayor of Oklahoma City also jumped in to share his thoughts on the Thunder’s longest-tenured player heading out.

In the days ahead, there will be much, much, much, much more to say about what Russell Westbrook has meant to OKC. I can’t even begin to process it all now. 💙💙💙
But for tonight... Holy cow, you can’t make this stuff up. We traded our greatest love for our first love. https://t.co/I1gE9DHFBT

And, of course, the league’s players were losing their minds as well. The biggest victim of all might have been recently retired Miami Heat star Dwyane Wade, who is now suffering from the most Dwyane Wade problem ever.

All i know is my jersey swap collection is looking kinda bootleg since FA started 😂😂😂. In 20 years ain’t no one believing those players played in those uniforms❤️

Wow @dmorey pulled a rabbit out of the hat with this one!

This year about to be littt🔥🔥🔥🔥

I was interviewing Isaiah Thomas when someone told us the Westbrook-CP3 trade went down. IT's reaction: "DAAAAAAAAAAAMMMMMNNNN!!"

Now if this season could just start already, that would be great.