James Harden excited about Russell Westbrook trade: 'It's going to be a lot of fun' 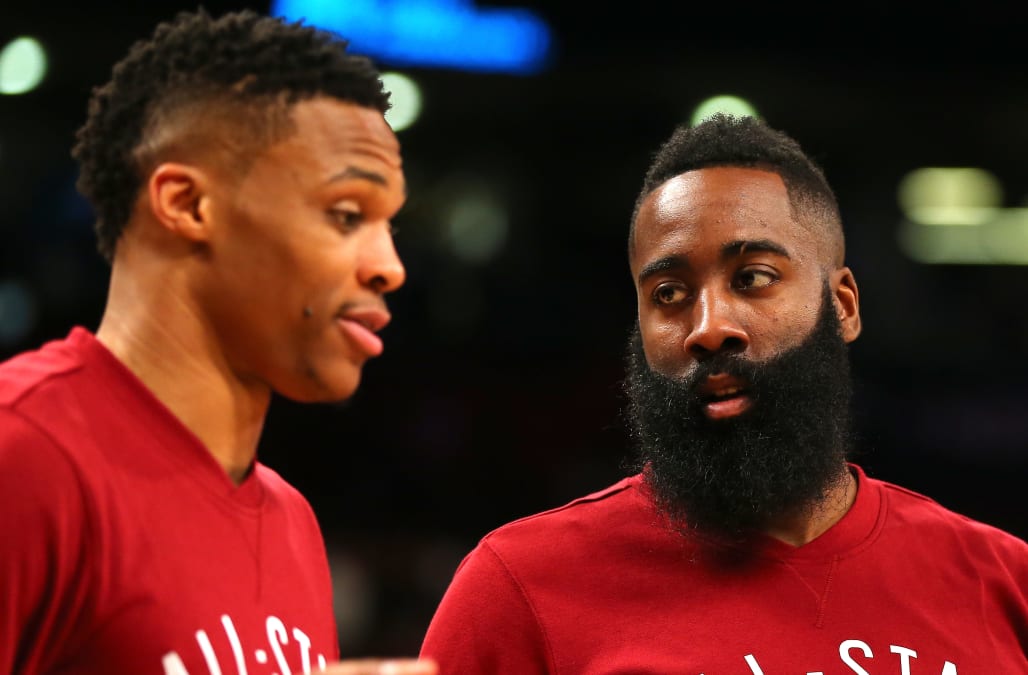 Houston Rockets star James Harden isn’t concerned about how he and Russell Westbrook will compliment each other on the court next season. He’s just excited to have his old teammate back.

The 29-year-old Harden told fans he expects next season to “be a lot of fun.”

Harden also revealed Westbrook wasn’t happy with the Oklahoma City Thunder. That may have been a recent development, as the Thunder traded Paul George during the offseason.

While Harden is optimistic about the reunion with Westbrook, some analysts are questioning how the pair will fit together next year. As Yahoo Sports’ Chris Haynes notes, the two have to be willing to make it work. Based on Harden’s comments, it sounds like he’s on board.

That’s easy to say during the offseason. The real challenge comes the first time the Rockets experience adversity next season.

More from Yahoo Sports:
Report: Thunder looking to trade Chris Paul 'as soon as they can'
NBA Twitter loses its mind yet again as Russell Westbrook lands in Houston
GM Sean Marks says Kevin Durant announced commitment to Nets before meeting with team