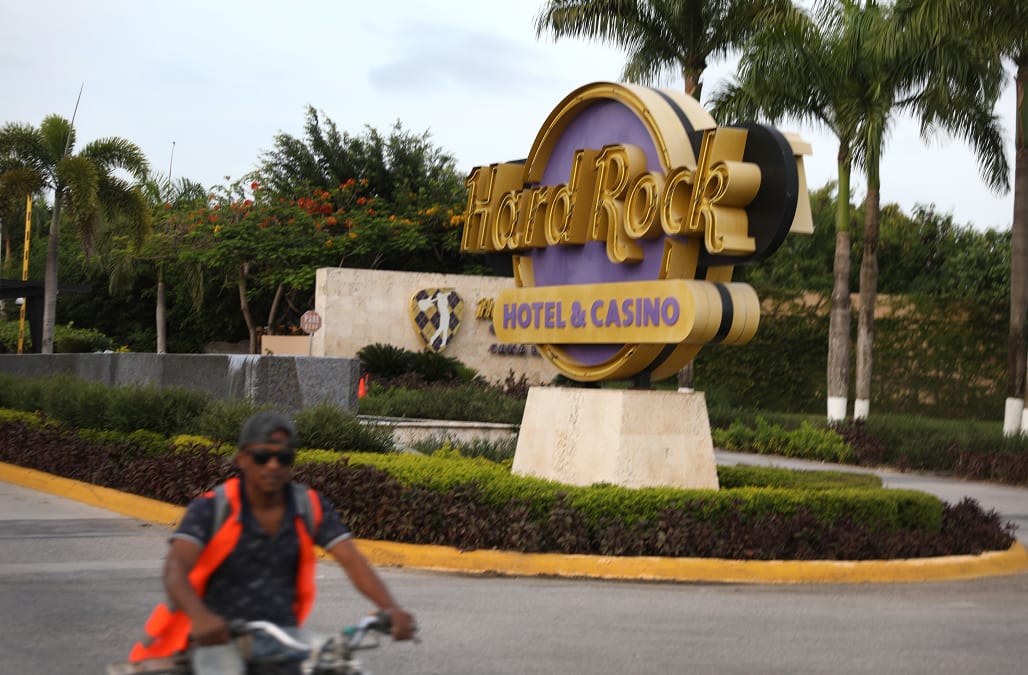 The Hard Rock Hotel and Casino has removed its liquor dispensers in the minibar of guestrooms at its resort in the Dominican Republic’s Punta Cana, a concierge confirmed to the Daily News.

Luis Miguel told the News the decision came from management. He said he did not know whether it had to do with the string of highly-publicized deaths in the Caribbean country, including two deaths at that hotel.

Erica Lopez, general manager at Punta Cana’s Hard Rock Hotel and Casino, told CNN the decision was made independently and not a result of the deaths.

At least 11 Americans have died in the Dominican Republic in the last 12 months or so, some of which may have involved liquor.

More than 2.7 million U.S. citizens visit each year, according to the U.S. State Department. The agency noted that they have “not seen an uptick” in the number of American fatalities reported to them in the country.

Thirteen Americans died in the Dominican Republic in 2018 from causes including homicide, car accidents and drowning, the State Department said. There were 25 reported deaths in 2015, 18 in 2016 and 17 in 2017, meaning this year’s final number will likely be no higher than years past.

Yet numerous deaths this year have made national headlines, in part because of their mysterious nature.

Robert Wallace, 67, of Turlock, C.A., died at the Hard Rock resort after becoming ill on April 12, relatives told KTXL. He allegedly became sick after drinking scotch from the minibar.

David Harrison 45, of Brandywine, M.D., died at the hotel in July 2018. He was there celebrating his anniversary when he began to feel ill, his widow Dawn McCoy said. Local authorities listed the cause of death as a heart attack and pulmonary edema. However in the wake of the recent deaths, McCoy has questioned his sudden passing.

Most recently, Long Island pizzeria owner Vittorio Caruso, 56, went into respiratory distress and died Monday after drinking something at the Boca Chica Resort in Santo Domingo where he was staying, relatives told Fox News.

Investigations are still ongoing, and Dominican authorities reported they have not yet found any connection between the deaths.

The FBI is providing assistance with the toxicology reports, which have not been completed.

More from New York Daily News:
SEE IT: Ryan Reynolds wrote a hilarious review for his own gin company and secretly posted it online
D’Angelo Russell’s future in Brooklyn is no longer assumed
‘Yesterday’ pays tribute to The Beatles by imagining a world without them