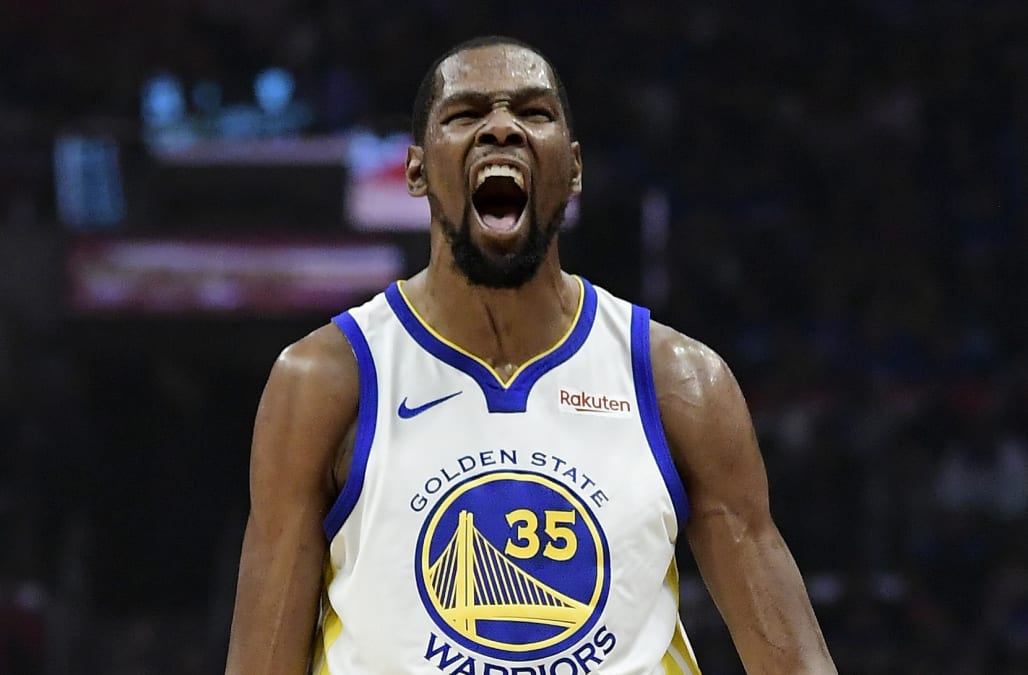 One of the most sought-after NBA free agents available this offseason may not even play the majority of next year, but that isn't stopping any of the teams that are interested in him.

Kevin Durant suffered a ruptured Achilles during the 2019 NBA Finals that his Golden State Warriors went on to lose to the Toronto Raptors in six games. Durant revealed the extent of the injury in an Instagram post that went up shortly after he underwent surgery.

The Warriors stood by their injured superstar, with Stephen Curry telling his teammates to "do this for Kevin" en route to winning Game 5.

SEE ALSO: 2020 NBA Finals odds support theory that the Warriors' run is over

However, there have been multiple teams competing with Golden State to grab Durant's attention as he enters free agency this summer. Durant has long been connected to the New York Knicks, but teams like the Los Angeles Lakers and Clippers are also said to be in play for the 10-time NBA All-Star.

Durant's injury may not have changed teams' level of interest in him, but it could change his interest in them. There's a chance the two-time champion sticks with the Warriors for one more year while he works to return from his Achilles surgery.

So, where will Durant most likely be suiting up come Game 1 of the 2019-2020 season? Take a look at some of the possibilities below, courtesy of OddsShark:

Durant played for the Seattle SuperSonics/Oklahoma City Thunder from 2007-2016 after being drafted second overall in the 2007 draft.

His relationship with former teammate and Thunder star Russell Westbrook has been strenuous at best since Durant's departure for the Golden State Warriors.

Brooklyn has also been rumored as a potential landing spot for Kyrie Irving.

The Lakers recently traded for Anthony Davis and are likely seeking a third star to team up with him and LeBron James.

The Clippers are also reportedly in contention to sign Kawhi Leonard.

The rumors about Durant joining the Knicks have been swirling for months. The superstar said he has "no clue where that stuff comes from," but that hasn't slowed down speculation in the slightest.

After suffering a ruptured Achilles in the NBA Finals, it isn't outlandish to think Durant may remain in Golden State for one more season while he rehabs from surgery.

More from Aol.com:
Report: Kyrie Irving has 'essentially ghosted' the Celtics
Shots fired at the site of Raptors championship parade
The 13 countries outside the US that produce the most NBA draft picks