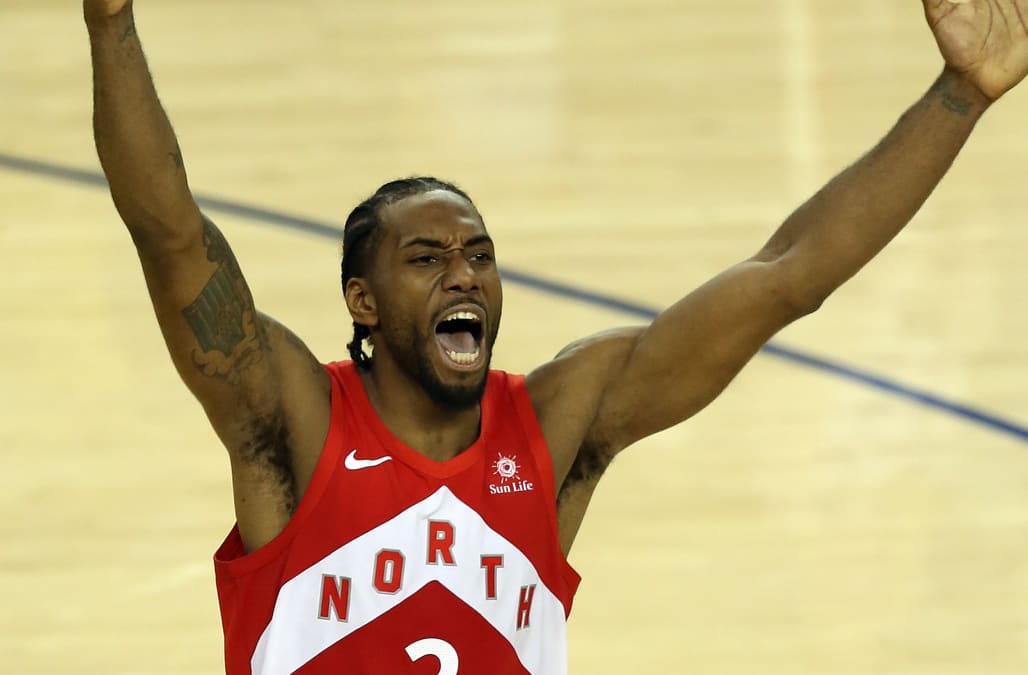 Kawhi Leonard is a man of few words.

He's also a man now with multiple NBA championships under his belt, and a career-altering decision to make this summer.

Leonard is one of the most highly touted free agents on the market this NBA offseason, joining other stars like Kevin Durant and Kyrie Irving who could be making address changes – or not.

It has long been speculated that the three-time All-Star would not remain with the Toronto Raptors for more than a year after being traded to the team in 2018 from the San Antonio Spurs, where he began his NBA career.

However, things may have changed once Leonard and the Raptors brought the 2019 title to Toronto, dethroning the powerhouse Golden State Warriors in the process.

Realistically, we won't know the next step in the 2019 NBA Finals MVP's career until he makes it, but it's always fun to speculate. Take a look below at a handful of possibilities for Leonard's next move, with betting lines courtesy of OddsShark:

Brooklyn has also been rumored as a potential landing spot for Kyrie Irving.

The Knicks have long been a rumored landing spot for Kevin Durant.

The Lakers recently traded for Anthony Davis and are likely seeking a third star to team up with him and LeBron James.

Leonard was named NBA Finals MVP after bringing the Raptors their first title in franchise history in 2019.