Summer camp is newest front in battle with measles outbreak 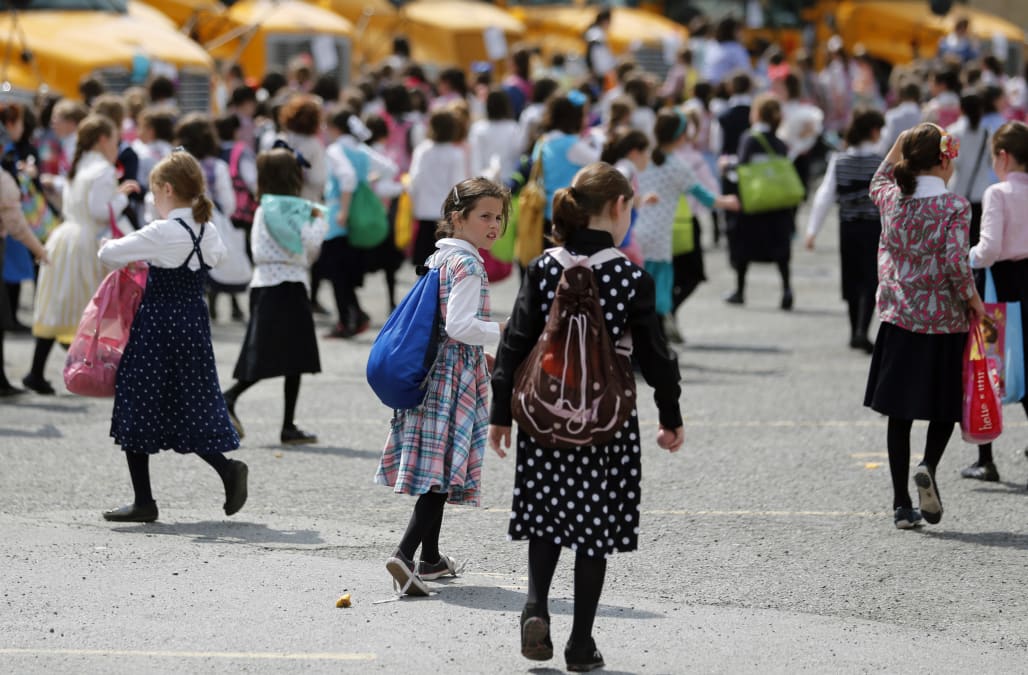 ALBANY, N.Y. (AP) — The battle to contain the worst U.S. measles outbreak in 27 years has a new front: summer camp.

Vaccinations have been made mandatory this summer for campers and staff in several counties north of New York City that annually fill up with kids from the Orthodox Jewish communities that have been hit hardest by measles.

Ulster County took the extra step of mandating the measles vaccine or proof of immunity at all day camps and overnight camps, becoming the latest county in the area to issue immunization requirements. Rockland County announced a similar order this month, following mandates from Sullivan and Orange counties.

"We have to make sure our t's are crossed and our i's are dotted in making sure all these vaccination records are in and have been fine-combed through to make sure everything is in compliance," said Rabbi Hanoch Hecht, of Ulster County's Camp Emunah, which hosts many girls from a Chabad community in Brooklyn's Crown Heights.

"In the past where we accepted religious exemptions for certain things," said Hecht, who is getting his own blood checked for immunity, "now we cannot."

12 PHOTOS
Treatment, preventative care and vaccinations for measles across the world
See Gallery

The state of New York requires summer camps to keep immunization records for all campers but doesn't bar children from attending if they haven't gotten a measles shot.

Children are required to get the measles vaccine to attend schools in New York, however, and Gov. Andrew Cuomo signed legislation Thursday eliminating an exemption for kids whose parents object to vaccinations on religious grounds.

The Centers for Disease Control and Prevention reported that, as of June 1, more than 1,000 measles cases had been reported in the U.S. since the start of the year, up from fewer than 100 cases a year a decade ago. The bulk of those cases have been diagnosed in ultra-Orthodox Jewish neighborhoods in Brooklyn and suburban Rockland County.

The CDC recommends everyone over a year old should get the vaccine, except for people who had the disease as children. Those who have had measles are immune.

The vaccine, which became available in the 1960s, is considered safe and highly effective — paving the way for measles to be declared all but eliminated in the U.S. in 2000. But it has had a resurgence several times, including 667 cases in 2014.

Hecht and others stressed that vaccinations are widely accepted by most members of the Orthodox community, echoing rabbis in Brooklyn and Rockland County who say it is a relatively small group of parents influenced by anti-vaccination propaganda — not religious teachings — who have resisted inoculations.

The Orthodox Union said it has previously required up-to-date vaccinations, including the MMR vaccine, for its 37 summer programs.

"Most of the leaders and rabbis have taken the approach that vaccination is required," Hecht said.

Health officials in New York City have taken a tough approach, making measles vaccinations mandatory for everyone living in the Brooklyn neighborhood that is the epicenter of the outbreak, fining people for failing to get inoculated and closing 12 schools for failing to exclude staff and students who couldn't document immunity. The city announced the two most recent closures Thursday.

Now, as schools prepare to close down for the summer, the fight is spreading into the Catskills and Hudson River Valley.

Sullivan County is in the heart of the traditional Borscht Belt, and the lake-laden area still attracts thousands to its camps and bungalow colonies each summer. Of the 170 state-regulated camps in the county, 139 are Orthodox Jewish camps.

"We draw such a population from New York City, where this measles outbreak was," Sullivan County spokesman Dan Hust said. "It was considered prudent and wise."

Not everyone agrees. The orders from Sullivan and Orange counties were challenged in state courts by parents of various religious faiths. However, civil rights attorney Michael Sussman said Friday he believes those cases will have to be withdrawn given New York's removal of religious exemptions.

"We have no issue with that," said Yoel Landau, director at Camp Rav Tov, a camp for Hasidic boys in Monticello. Landau said schoolboys from New York City attending the camp should have already been vaccinated because of the city's order in April.

Rabbi Dovid Teichman, director of Camp Govoah, which caters to Orthodox campers in rural Greene County, said staffers were "combing through each and every application to make sure that everyone is vaccinated."

"I can't jeopardize anybody," he said. "So if I find somebody that's on the list that's not vaccinating, I'm not taking them into camp."