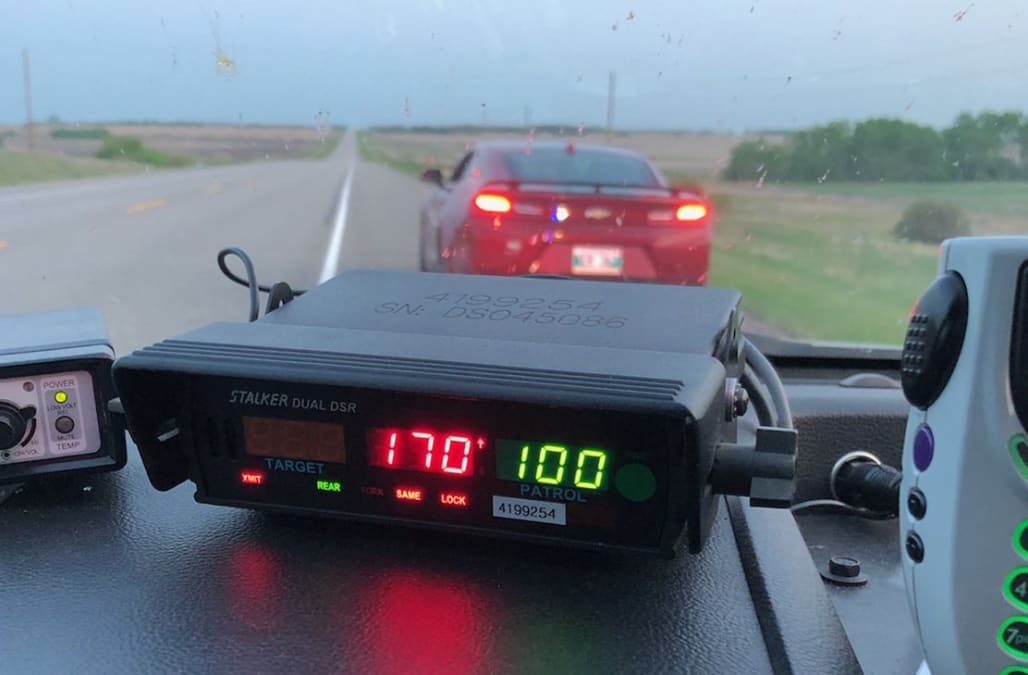 A Canadian teenage driver came up with a rather unusual excuse for speeding, according to the Royal Canadian Mounted Police in Manitoba.

Authorities tweeted last Thursday that they pulled over a 16-year-old for going in 170 kilometers per hour (105.6 mph) in a Chevrolet Camaro. The teenager said he was speeding because he had "too many hot wings and needed a bathroom."

This 16-year-old’s excuse for going 170 km/h in a Camaro? “Too many hot wings & needed a bathroom”. Fined $966 for speeding + $203 for driving w/o a supervising driver. Absolutely #noexcuses for that kind of speed. #rcmpmbpic.twitter.com/oXe78AAUgc

Unfortunately, the cops were unconvinced and fined the unidentified adolescent $966 for speeding and an additional $203 for driving without a supervising driver.

When a Twitter user asked whether the minor would have his license revoked, law enforcement said it would be up to the Manitoba Public Insurance to decide but that it was "most likely."

Other users decided to have a little bit of fun with the incident.

"Clearly you guys have no sympathy for the struggling young man," one person wrote.

Clearly you guys have no sympathy for the struggling young man

One was less concerned about the teenager's reckless driving and more interested in the wings.

"Where did he get the hot wings?" the user wrote. "Me and the boys have been looking for some killer wings ever since this hot ones show starting taking off on the Youtube."

Where did he get the hot wings? Me and the boys have been looking for some killer wings ever since this hot ones show starting taking off on the Youtube.

As of Tuesday, the police's tweet has been liked over 1,000 times.

More from Aol.com:
Catholic boys' school replaces suggestive statue of saint and child with bench following backlash
Japanese man dies on plane after ingesting 246 bags of cocaine
Drunk man finds no space on bed to sleep, knocks out in pool for 7 hours instead