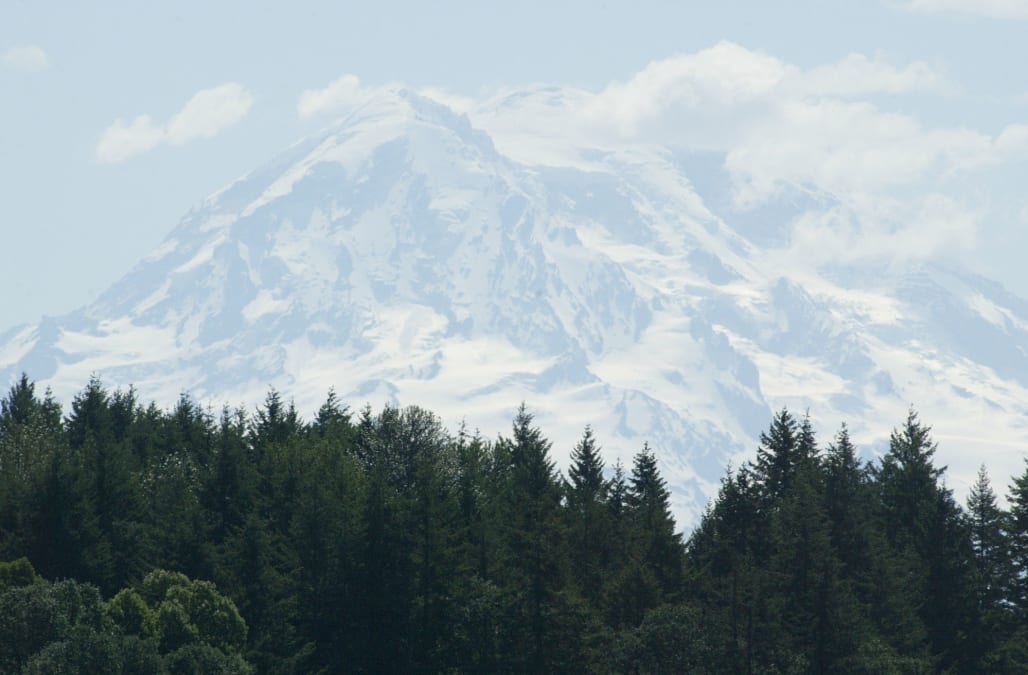 MOUNT RAINIER NATIONAL PARK, Wash. (AP) — A helicopter crew has rescued four climbers from near the summit of Mount Rainier after they had been stranded on the Cascade Mountain peak in Washington for several days.

The National Park Service said in a statement the climbers were suffering from exposure and being taken to local hospitals. Rescuers in the park's helicopter took advantage Thursday morning of a break in bad weather that had stymied earlier attempts to reach the climbers. They were taken off the mountain in two groups and all were off the upper mountain just after 10 a.m. Thursday, officials said.

The park had received a report Monday afternoon that the climbers needed help because wind blew away or destroyed a tent and some of their climbing equipment.

The climbers, who began their ascent on Friday, include Yevgeniy Krasnitskiy of Portland, Oregon; Vasily Aushev and Kostya "Constantine" Toporov of New York City; and Ruslan Khasbulatov of Jersey City, New Jersey. At least two of them have been described by family as experienced climbers, park officials said.

He described his roommate as organized, disciplined and humble.

"He respects the difficulty and challenges there (on Mount Rainier)," Dupuis said. "You can sense that."

A park helicopter crew located the climbers Monday on the Liberty Ridge route at 13,500 feet (4,115 meters).

After rescue attempts were thwarted by high winds Monday and Tuesday, park officials requested a U.S. Army Chinook helicopter and crew, which arrived Tuesday. Both crews were unable to make the rescue until Thursday because of high winds, rain and cloud cover, park officials said.

The climbers were found about a half-mile away from the site where they had been seen Tuesday, and in a place much less affected by wind and more accessible for rescuers. Park officials said the route between the two sites requires expert and technical climbing, and the climbers "contributed greatly" to their own rescue.

The Liberty Ridge route is described by officials as one of the more technical and dangerous routes on Mount Rainier. One person died and two other climbers were injured in a rock fall in that area last week.

The death of the climber was the first fatality on the route since 2014, when two guides and four climbers died after falling more than 3,000 feet (914 meters), according to park officials.

More from Aol.com:
World's smallest surviving baby born in California weighing just 8.6 ounces finally goes home from hospital
Lucky woman wins lottery twice in 2 years -- at the same store!
Hawaii woman rescued from forest told self not to give up