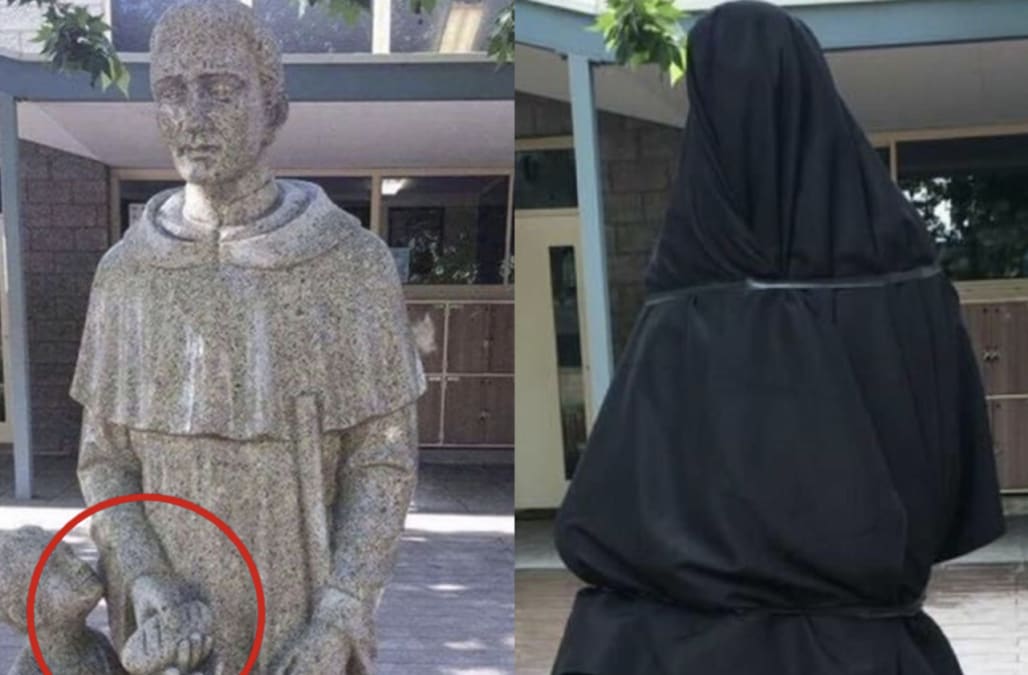 A Catholic boys' school in Australia has replaced a "suggestive" statue with a "buddy bench" after internet users had a field day over images of the tribute.

Blackfriars Priory School, located in the northern suburbs of Adelaide, unveiled a statue in November 2017 depicting St. Martin de Porres holding a loaf of bread while a child reverently peered up at the religious figure.

The problem? Many claimed that the bread seemed to emerge from St. Martin's robe around his pelvic region, making it appear like another object entirely. The child's head and hand placement only fanned the flames of the internet meltdown. 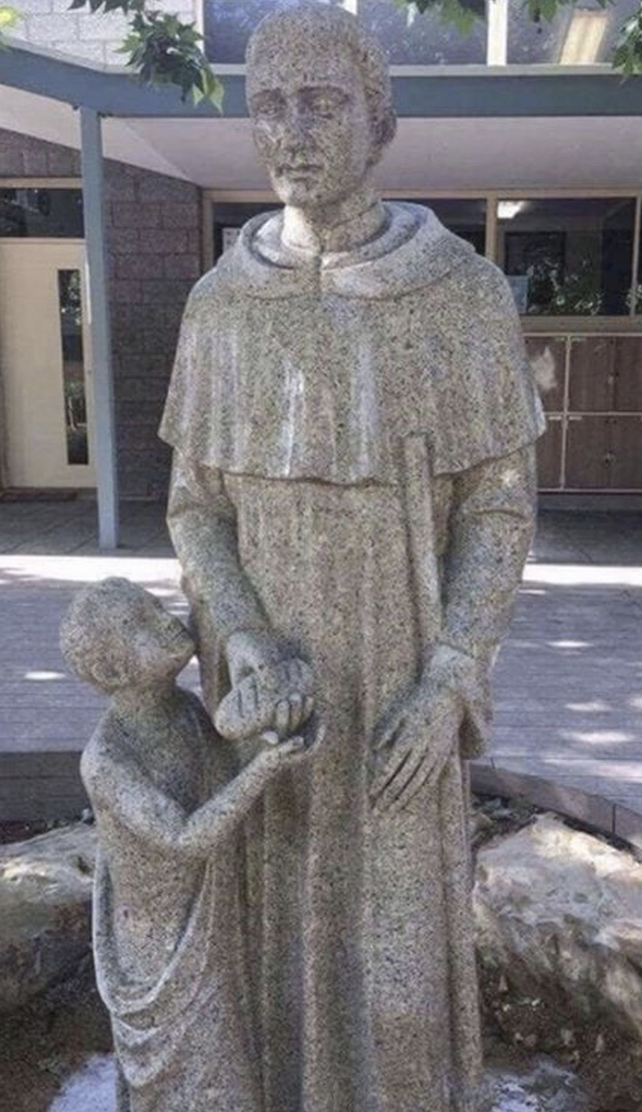 Photos of the statue went viral after being shared on the "S***Adelaide" Instagram page, leading the monument to be covered up with a black tarp shortly thereafter.

In a statement at the time, the school addressed the viral incident and apologized for "concerns and publicity generated by this matter."

Recently, the school unveiled a replacement for the contentious figure — a play area for students, including a "buddy bench" where children are encouraged to sit down and make friends with each other, and a variety of fiberglass animal statues, the Daily Mail reports.

"I am pleased to report that the children are delighted with the bench and animal additions to this play area," Principal Simon Cobiac told the outlet. "We believe that out of such an unforeseen and unfortunate event that we have created a magical space for children in the living memory of St Martin de Porres."

"St Martin dedicated his life to the caring of both children and animals, this is well documented," he added.

More from Aol.com:
Japanese man dies on plane after ingesting 246 bags of cocaine
Drunk man finds no space on bed to sleep, knocks out in pool for 7 hours instead
Struggling care worker takes over $60 million English estate following DNA test