Ex-Trump aide Hicks agrees to give campaign documents to Congress 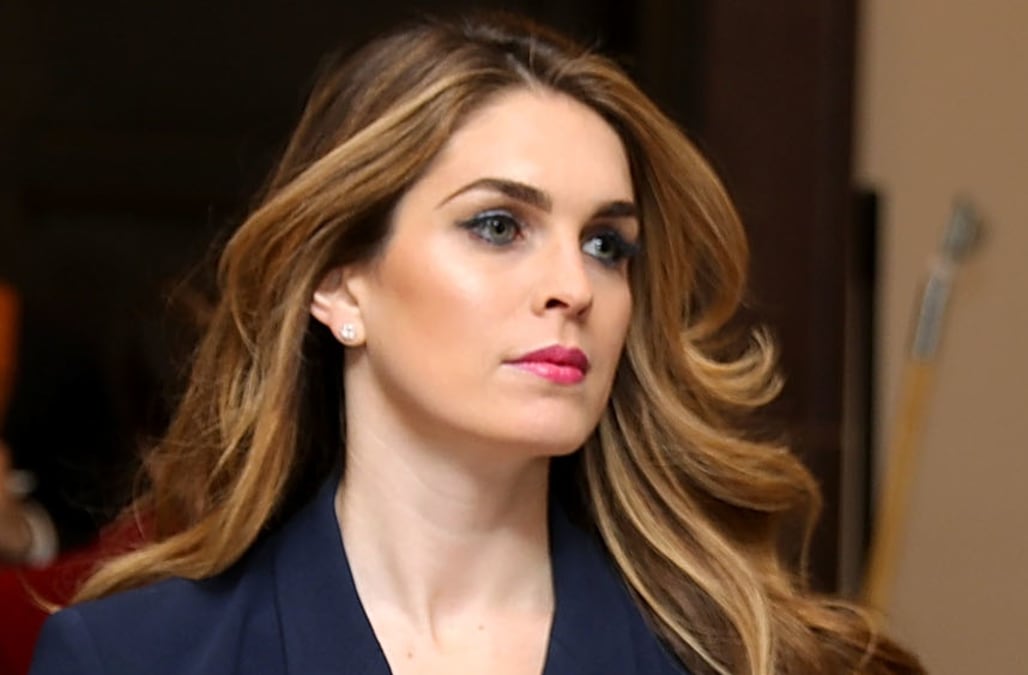 WASHINGTON (Reuters) - Former White House Communications Director Hope Hicks, once a close aide to President Donald Trump, has agreed to turn over documents related to his 2016 campaign to congressional investigators, a key lawmaker said on Tuesday.

The agreement marks a step forward for the House Judiciary Committee in its probes of Trump and his inner circle, with Democrats in the U.S. Congress digging into the campaign, Trump's turbulent presidency and his business interests.

Hicks agreed to supply the documents despite a White House directive advising her not to cooperate with the committee.

She and former White House lawyer Annie Donaldson were subpoenaed on May 21 by the Democratic-led panel as part of its inquiry into whether Trump obstructed Special Counsel Robert Mueller’s investigation into Russian interference in the 2016 election and contacts between Trump’s campaign team and Moscow.

The White House instructed Hicks not to turn over documents to the committee related to her time in the administration, a source familiar with the matter told Reuters. The panel said White House officials issued similar instructions to Donaldson.

"I thank her for that show of good faith," Nadler said in a statement that also blasted what he called Trump's "continued obstruction of Congress."

Nadler said: "The president has no lawful basis for preventing these witnesses from complying with our request."

The committee is seeking any material Hicks has on a June 2016 meeting at Trump Tower in New York City between campaign officials including the president's son Donald Trump Jr. and son-in-law Jared Kushner and Russians offering to help Trump's candidacy.

An attorney for Hicks did not immediately respond to inquiries from Reuters. Donaldson did not respond to a Reuters query seeking comment.

Hicks and Donaldson faced 10 a.m. EDT (1400 GMT) deadlines for turning over documents. The committee has also scheduled separate hearings with the former aides for later this month.

Hicks resigned from her White House job in February 2018.

The committee is also seeking documents from the two former aides on dozens of topics ranging from an FBI investigation into former national security adviser Michael Flynn to the termination of James Comey as FBI director and the appointment of Mueller.