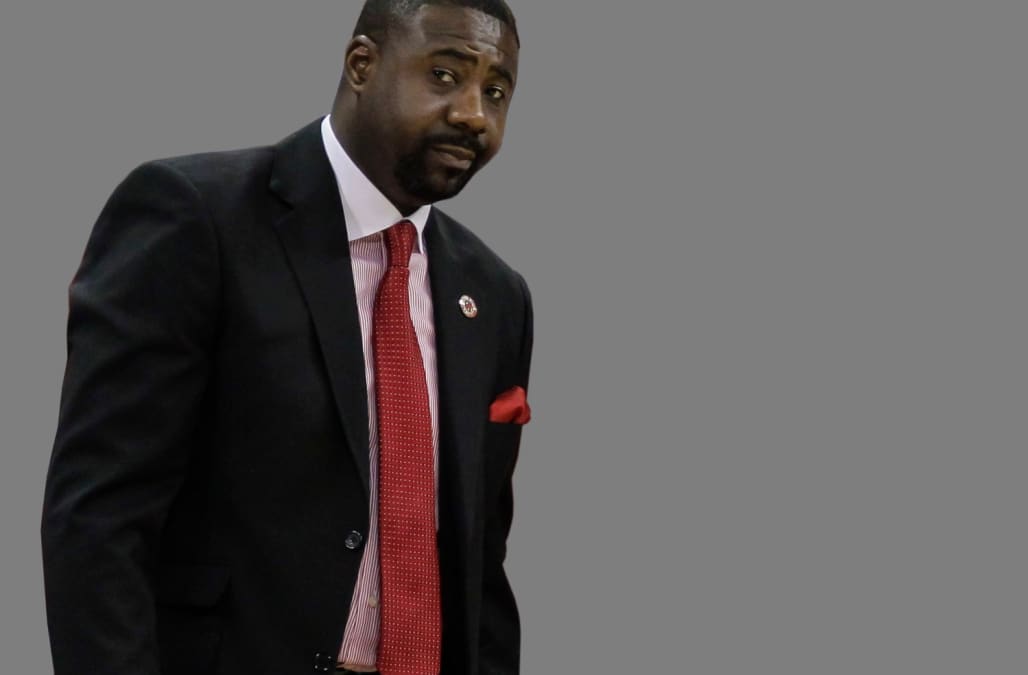 Michigan State police responded to a crash at 2:04 a.m. on Saturday in an area centered near the M-14 highway, per MLive.com.

Per the report, a vehicle driven by a 23-year-old woman was heading west in the eastbound lanes of M-14 when she struck head-on a vehicle holding four passengers. That vehicle belonged to Moore, per the Wisconsin State Journal.

Following the crash, the woman driving the wrong-way vehicle was pronounced dead at the scene. Moore’s daughter Jaidyn died on the scene as well, while his wife Jennifer died at the hospital.

Moore was seriously injured, while his son Jerell received minor injuries. Moore was reportedly in a coma.

Talked to someone regarding #Badgers assistant Howard Moore. As of earlier today he was in a coma. It sounds as if -- as of earlier today -- Moore wasn't yet aware of the passing of his wife/daughter. Oh. My. God.

A third vehicle was also involved in the crash with the driver receiving minor injuries.

Moore played at Wisconsin from 1990-1995, which included a 1994 NCAA tournament appearance that ended a 47-year drought for the Badgers.

He returned to Wisconsin for a second coaching stint in 2015. The 2018-19 season served as his ninth season overall in a coaching capacity with Wisconsin. In total, Howard has 19 years of collegiate coaching experience, including several as a head coach.

The University of Wisconsin released a statement Sunday confirming the news of the car accident and sharing an update. Per the release, the 43-year-old Howard and his 13-year-old son, Jerell, suffered injuries but are expected to recover. Howard is in the ICU and his son is “up and walking around.”

"There are no words to describe how devastated we are for Howard and his family. Our basketball program is an extremely close family and we are all grieving for the Moore and Barnes families. Howard is so much more than a colleague and coach. He and Jen and their children are dear friends to everyone they meet. Their positivity and energy lift up those around them. We will miss Jen and Jaidyn dearly and we will put our arms around Howard and Jerell and the entire family, giving them love and support during this unspeakable time."

Michigan State Police identified the “wrong-way driver” as Samantha Winchester. A toxicology report is pending, per the department.

Jennifer Moore, 46, was driving and was cleared of any wrongdoing, per the Milwaukee Journal Sentinel. She was taken off life support Saturday, per the report. Their daughter, Jaidyn, was 9.

Howard had shared a heartfelt Mother’s Day message on May 12:

Happy Mother’s Day to my outstanding wife, @queenjen29 and thank you for that you do for our family! #Blessed#MothersDaypic.twitter.com/wwsTsqbpAX

Following the news, many former Wisconsin players offered their condolences to Moore and his family on social media.

Thoughts and prayers are with the Moore family. Can’t even imagine the pain they are going through. Please everyone take a moment and pray for Coach Moore and his family.

Please pray for @BadgerMBB Coach Howard Moore and his family during this unimaginably tough time. 😢🙏🏾

We send our love and support to Coach Moore and his family through this time...

Competing schools and their head coaches also offered their thoughts and prayers.

Our entire staff, players and family has you in our minds.

Please keep your thoughts and prayers with the Wisconsin basketball program and assistant coach Howard Moore and his family. So sorry for your loss.

Please pray for Howard Moore and his family with @BadgerMBB. Tragic car accident & their lives are changed forever in an instant. Sickening.

Wisconsin head coach Greg Gard was scheduled to fly to Michigan to be with the Moore family, per USA TODAY.