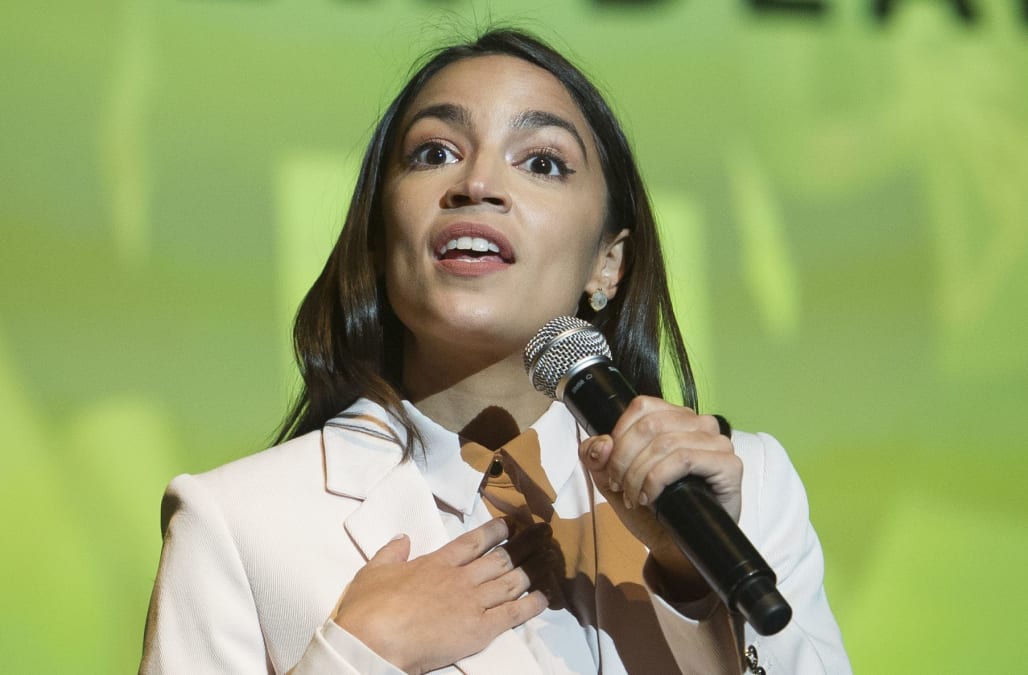 Congresswoman Alexandria Ocasio-Cortez rebuked a New York Times piece about former White House communications director Hope Hicks, who was recently issued a subpoena to submit documents and testify before the House Judiciary Committee as part of its congressional investigation into possible obstruction of justice, corruption and abuse of power by President Trump.

In the New York Times piece by Maggie Haberman, titled “Hope Hicks Left the White House. Now She Must Decide Whether to Talk to Congress,” the White House correspondent described Hicks’s decision as “facing an existential question: whether to comply with a congressional subpoena in the coming weeks.”

The committee authorized subpoenas for Hicks as it had done in April for former White House counsel Don McGahn, who failed to comply with his subpoena at the direction of the White House, not appearing for a scheduled hearing on Tuesday. The congressional subpoena, which is not optional, asks Hicks, who is mentioned over two dozen times in special counsel Robert Mueller’s report, to provide documents to the committee by June 4 and to testify on June 19.

“Like few others in the White House, Ms. Hicks was witness to some of the president’s angriest moments and most pointed directives about the investigations into the Trump campaign and its contacts with Russians in 2016,” the Times reported. “Her dilemma now is how to respond to House Democrats, who have grown frustrated and increasingly aggressive in the face of a sweeping decision by the Trump administration, and the Trump Organization, to oppose such subpoenas.”

Ocasio-Cortez called out this temperate framing on Twitter Sunday.

“What gets me is news breaks that this woman is weighing committing a crime before Congress &it’s getting framed by the NYT as some Lifetime drama called ‘Hope’s Choice,’” wrote Ocasio-Cortez. This is a [former] admin official considering participating in a coverup led by the President. Treat her equally.”

What gets me is news breaks that this woman is weighing committing a crime before Congress &it’s getting framed by the NYT as some Lifetime drama called “Hope’s Choice.”

This is a fmr admin official considering participating in a coverup led by the President.

Haberman pointed out that Hicks was repeatedly mentioned in the Mueller report, which found no conspiracy between Trump’s 2016 presidential campaign and Russia, but detailed “multiple acts by the President that were capable of exerting undue influence over law enforcement investigations, including the Russian-interference and obstruction investigations.”

The report did not exonerate Trump on the obstruction of justice issue, despite what the president and his allies have consistently claimed.

“Ms. Hicks was mentioned on 28 pages in the report,” wrote Haberman. “Three of those are related to possible conspiracy between Russian officials and the Trump campaign, and the rest to the obstruction investigation. They paint a picture of an adviser who was more of a witness to the president’s frustrations with the investigations into his campaign and his own conduct, rather than someone who was an active participant in any discussions of what to do about them.”

The New York Times did not immediately respond to requests for comment.

Hicks barely spoke on record when she served as the public relations strategist behind Trump’s presidential campaign but was frequently seen at his side before she stepped down from her position in March 2018, as illustrated in instances outlined in Mueller’s report that could amount to obstruction.

One such instance involves comments from Hicks about emails between Donald Trump Jr. and Russians and plans to spin the story about Trump Jr.’s meeting with Russians at Trump Tower in June 2016.

Other critics took to social media to cry foul on how the article painted Hicks, drawing distinctions between race and social status for those who face the criminal justice system. They also slammed the glamorous cover shot of Hicks in the story.

There is nothing for Hope Hicks to “decide.” She got a subpoena from Congress. Were she not white, wealthy, and connected, we wouldn’t be having this conversation. She would appear, or she would face the threat of prison like the rest of us. As she should. https://t.co/giDCcvIxvf

There are people out there justifying the police shootings of black folks because they didn’t comply with unlawful orders while Hope Hicks gets the glamour treatment for debating whether to comply with a congressional subpoena. https://t.co/v8NTBeq10C

Imagine if this were a poor, young black man refusing to comply with a subpoena & not Hope Hicks. The outrage, hysteria, and hypocrisy would be unbelievable.

Why is ⁦@maggieNYT⁩ helping Trump redefine the nature of a subpoena? There is nothing to decide!

Hope Hicks Left the White House. Now She Must Decide Whether to Talk to Congress. - The New York Times https://t.co/TZVOhqqfyh

I'm just so angry at @maggieNYT (again). A morose/pretty photo of Hope Hicks on top of an article about whether it's an "existential crisis" to break the law and defy a subpoena is everything that's wrong with white women and sycophantic media combined.

THIS IS NOT JOURNALISM.

More from Yahoo News:
Trump fires back at Pelosi: 'She's a mess'
George Conway mocks Trump on ‘cover-ups’ by tweeting Stormy Daniels payment check
Pelosi urges Trump family or staff to stage ‘intervention for the good of the country’