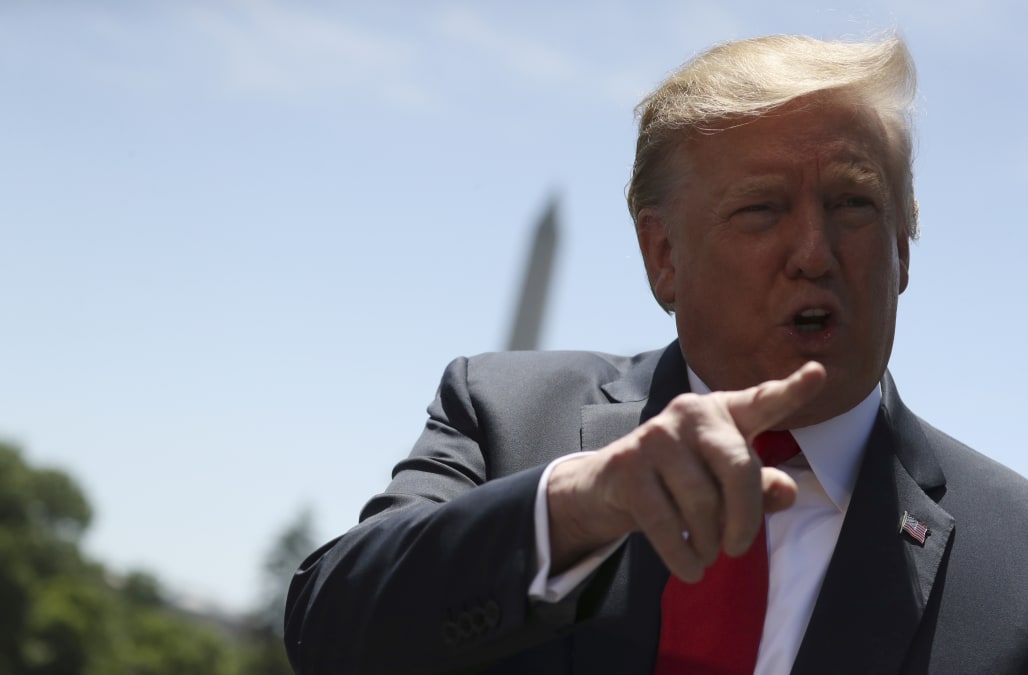 President Donald Trump on Friday questioned whether Speaker Nancy Pelosi is "the same as she was," apparently doubting her mental fitness.

"You think Nancy is the same as she was? She's not. I think we can all say that," Trump told reporters on the South Lawn of the White House as he departed on a trip to Japan.

The president spoke after he tweeted an edited video Thursday that made it appear Pelosi, 79, was uncertain in her speech.

The video, apparently from a segment on Fox Business' "Lou Dobbs Tonight," features portions of a 20-minute news conference Pelosi held Thursday in a montage that lasts about 30 seconds. It shows her tripping over her words. At one point in the video, a moment is repeated several times.

Trump tweeted the video hours after he called Pelosi "crazy" at a press conference on Thursday and said, "She is not the same person. She has lost it." It comes a day after Trump cut short a meeting with Pelosi and Senate Minority Leader Chuck Schumer because he is frustrated with congressional efforts to investigate his administration.

RELATED: Nancy Pelosi through the years

Rudy Giuliani, Trump's personal attorney, also tweeted a link to the altered video Thursday night with the saying, "What is wrong with Nancy Pelosi? Her speech pattern is bizarre." He later deleted the tweet.

The president also said Pelosi had "made horrible statements" and said "terrible things" about him and that he was only responding to her attacks when he lashed out at her this week.

"She made horrible statements, she said terrible things so, I just responded in kind," Trump said. "I think Nancy Pelosi is not helping this country."