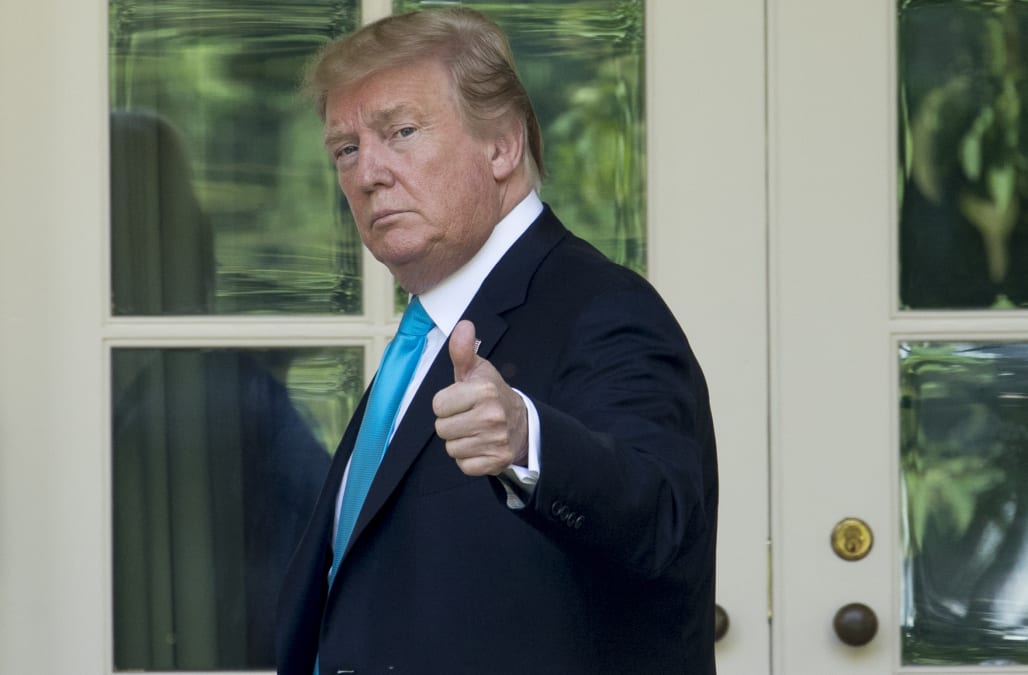 President Donald Trump on Thursday night tweeted out an edited video showing Nancy Pelosi stumbling over her words, escalating the personal attacks he has made against the Democratic House Speaker.

The video, apparently from a segment on Fox Business' "Lou Dobbs Tonight," features portions of a 20-minute news conference Pelosi held Thursday in a montage that lasts about 30 seconds. It shows her tripping over her words. At one point in the video, a moment is repeated several times.

Trump tweeted the video hours after he called Pelosi "crazy" and said "She is not the same person. She has lost it." It comes a day after Trump cut short a meeting with Pelosi and Senate Minority Leader Chuck Schumer because he is frustrated with congressional efforts to investigate his administration.

Video on CSPAN of Pelosi's full weekly legislative briefing with reporters on Thursday shows Pelosi making the same stumbles seen in the clip tweeted by the president. The briefing lasted about 20 minutes.

The tweet by the president comes after The Washington Post published a story about a different video circulating on social media of Pelosi at a Center for American Progress event. The video was altered to make it sound as if she was slurring her words, The Post reported.

Hany Farid, a computer-science professor and digital-forensics expert at University of California, Berkeley, told The Post that there was no doubt that video had been altered.

But said he believed the video Trump tweeted Thursday had not been slowed down.

"Unlike the video referred to in The Washington Post article, I don't believe that this video montage was slowed down. This montage, however, is highly deceptive as it compiles in rapid succession relatively small verbal stumbles in an attempt to portray Speaker Pelosi as stumbling through her press conference," Farid told NBC News.

"The original C-Span video clearly shows that this montage that the president tweeted is not an accurate depiction of her press conference," Farid said.

A spokesperson for Fox Business Network, on which "Lou Dobbs Tonight" airs, said in a statement that "The FOX Business segment featuring clips from Speaker Pelosi's speech today did not slow down any aspect of her address."

Pelosi has also taken swipes at Trump. "When the 'extremely stable genius' starts acting more presidential, I'll be happy to work with him on infrastructure, trade and other issues," Pelosi tweeted earlier Thursday.

The reference is to a comments Trump has made about being a "very stable genius."

And before the infrastructure meeting collapsed Wednesday, Pelosi accused Trump of engaging "in a cover-up."

The president denied the allegation. "I don't do cover-ups," he said from the Rose Garden.