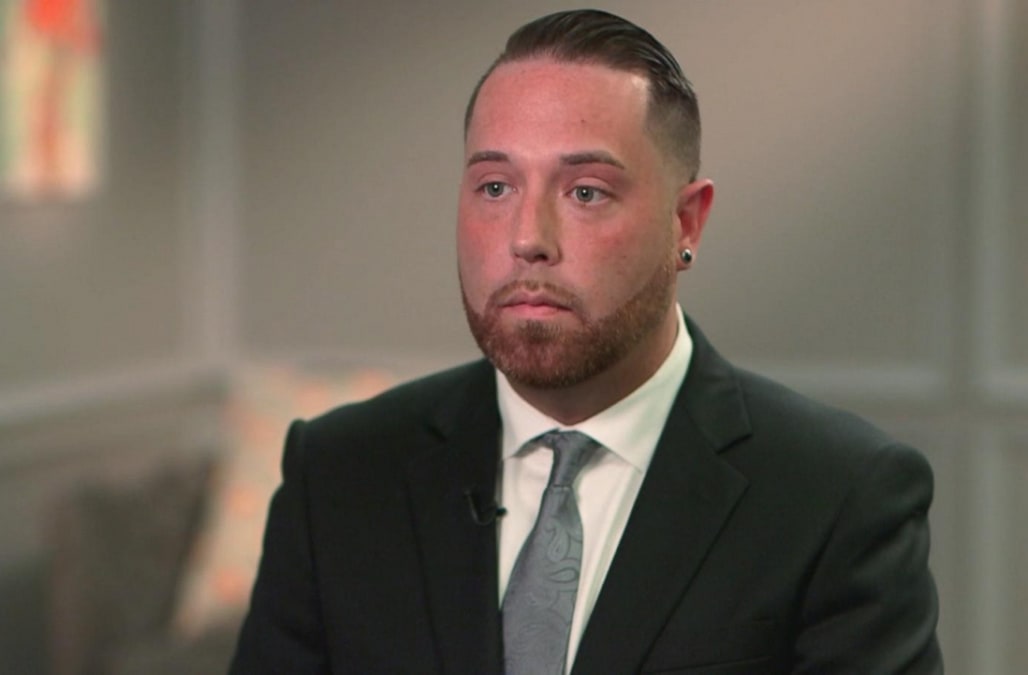 A New York man said he was shocked to learn his estranged wife of four years, a New York Police Department officer, was allegedly plotting to hire a hit man to murder him.

But that’s what federal law enforcement agents told Isaiah Carvalho Jr. when they showed up at his door Friday and asked him to stage his own death as part of a sting operation against his wife, Valerie Cincinelli.

“I didn’t want to believe it, but apparently it’s true,” Carvalho, 32, told ABC’s “Good Morning America” in an interview that aired Wednesday.

ABC EXCLUSIVE -- A New York man said he was shocked beyond measure when he discovered that his estranged wife, a New York City police officer, allegedly hired a hit man to kill him: https://t.co/K0Di20Hhuipic.twitter.com/ohhzAZAbBo

Federal prosecutors say Cincinelli, 34, told her boyfriend in February that she wanted him to hire a hit man to kill his teenage daughter and Carvalho, who filed for divorce a month earlier. She allegedly gave her boyfriend $7,000 to pay the assassin.

But the boyfriend, who is not named in the complaint filed Friday in U.S. District Court for the Eastern District of New York, did not follow through with the scheme. Instead, he alerted police and agreed to have his conversations with Cincinelli recorded by the FBI.

Cincinelli, a mother of two and 12-year NYPD veteran, told her boyfriend she would be at home when the killings were carried out and would have an alibi, according to the complaint. She later said Carvalho should be killed near his job in Long Island because the area is “ghetto” and the murder wouldn’t cast suspicion on her.

On May 17, FBI agents informed Carvalho of his wife’s plan and asked him to help fake his death as part of the investigation.

“They ended up taking me to an undisclosed location and had me fake my death and took pictures of it,” Carvalho told ABC. “They had me sit in my car. They put glass on the floor and all over me. And had me hunch over into the passenger seat.”

8 secret signs your marriage is headed for divorce

You speak but don't communicate

Your communication doesn’t have to be meaningful day in and day out. But it’s troubling if you never talk with your spouse about anything beside, say, the weather or who needs to get more milk. “It’s a bad sign when speaking to each other seems superficial,” says Marni Feuerman, a licensed psychotherapist in private practice in Boca Raton, Florida. “If you keep the day-to-day stuff inside, it creates distance and disconnection in your marriage,” says Feureman. That can make you feel less affection and fondness for your partner. The same goes if it’s one person doing all the talking and the other doing all the listening. “Remember, good communication is not just about speaking up on behalf of yourself,” says Francesca Di Meglio, the former Newlyweds Expert for About.com and writer of the Italian Mamma blog. “It’s also about listening to—and really hearing—your spouse.” Here are ways to start communicating better in your marriage.

You disagree about whether to have kids

You likely discussed the topic of having children before you got hitched, but feelings may change. Maybe you feel kids will get in the way of your career or your spouse wants to give up trying after fertility issues have made starting or adding to a family difficult. Di Meglio suggests putting yourself in the other person’s shoes. Figure out why he or she doesn’t want a baby and what’s motivating the argument. Persuasion isn’t the answer either. It’s unfair if you’re trying to talk someone into or out of a desire to have kids, says Lesli M. W. Doares, a marriage consultant and coach with a private practice in Cary, North Carolina, and author of Blueprint for a Lasting Marriage: How to Create Your Happily Ever After With More Intention, Less Work. “Parenting is hard enough when both people are on board,” Doares says. “Being talked into it will only create resentment.”

You're spending less and less time together

You don’t have to be attached at the hip 24/7. But you should want to spend your free time with one another and enjoy being with your partner more than anyone else (most of the time). It’s perfectly fine to binge-watch a television show, surf the Internet on your phone, get lost in a book, work late, or socialize without your spouse. But consider if you’re using these activities as a distraction—to the point that it feels like a relief not to be together—from dealing with any issues in your marriage. “Creating regular time to be together as a couple and doing things that are fun is critical for a lasting, successful marriage,” says Doares. Here are ways to stay connected when you have to be away from your partner.

You're not putting the work in to improve your marriage

Both spouses need to put forth equal effort to make the relationship work. One person can’t go it alone. “If you lack the motivation to work on your marriage, to address issues that are cracking away at your relationship, then you have to figure out why,” says Di Meglio. “Often, the lack of motivation is an indication that something has been lost. It doesn’t mean you can’t get it back, but you have to dedicate yourself to figuring out why you’re feeling disenchanted and uninterested.”

You lack respect for one another

It starts with an innocent complaint, says Doares, like: “You didn’t do the dishes.” Then it morphs to more general criticism: “You never help around the house.” Then it evolves into a personality judgment: “You’re a selfish, lazy slob.” “This doesn’t happen overnight, but it gradually chips away at the foundation of your marriage,” says Doares. If you put one another down or constantly criticize one another, you may not be a good match. “If you don’t respect the person, then you’ll have a hard time liking him or her, let alone loving him or her,” says Di Meglio. Think about whether something was said or done that made you lose respect, says Di Meglio. “Both people must be committed to earning back the respect, changing the questionable behavior and communicating better,” says Di Meglio. “If that’s not possible or too much damage has been done, the marriage won’t last.”

Your partner is a serial cheater

Some couples can recover and move on from a marital stray, even making their marriage more united after one partner cheated. “Couples can survive an isolated affair,” says Doares. However, a serial cheater who has multiple affairs likely has a problem you can’t fix. “The only way to get over a betrayal—emotional or physical—is to earn back trust by not cheating ever again,” says Di Meglio. “If this is a pattern of behavior, then you’ll never earn back the trust.” Some people just can’t be monogamous and aren’t cut out for marriage. Doares reminds people not to blame themselves. “This isn’t about you, but about your partner’s refusal to fully participate in your marriage,” she says. Read here about ways to heal your marriage after an affair.

You're no longer intimate

We’re not saying you have to be all over one another like honeymooners. “The chemistry we feel for a spouse can ebb and flow for many reasons,” says Cathy W. Meyer, the About.com Divorce Support Expert and managing editor of divorcedmoms.com. “It’s not unusual in a marriage to go through periods where we feel a lack of desire for our spouse.” When someone is sick or you have young kids, it’s natural to be less intimate. Even as you age, you might not want to be as physical as you once were. “But if you’re no longer intimate and this is consistent, you have to ask yourselves why,” says Di Meglio. “This is an even bigger problem if one of you wants sex and the other doesn’t.” A lack of physical affection means you’re in a platonic relationship. “Couples cease to be lovers and become roommates and business partners,” says Doares. “But that’s not the reason most of us get married.”

You argue about the same things over and over

It’s common for people to argue about the same issue throughout their marriage, says Feuerman. (Here are simple ways to stop marital fights in their tracks). “This might lead to divorce if you let the arguments seriously escalate, fight dirty, shut down and refuse to talk, or excessively blame,” says Feuerman. You may need to compromise and do some give and take to put an end to the constant battles and differences. “It’s been my experience that couples get caught in a cycle of the same-old drama because they’ve lost interest in each other and the health of their relationship,” says Meyer.

“Craziest thing I ever had to experience in my life,” he said, becoming visibly emotional.

FBI agents, posing as the hit man, sent photos of the purported murder to Cincinelli’s boyfriend, who shared them with her. Cincinelli then instructed the boyfriend to delete text messages and photographs from their respective cellphones, according to the complaint.

Cincinelli was arrested by the FBI later that day and charged with use of interstate commerce for murder for hire. The NYPD has suspended her without pay.

Cincinelli, who once worked in a police domestic violence unit in Queens, has a history of turbulent romantic relationships, reported The New York Times. Her first husband reportedly obtained a restraining order against her. She and Carvalho, her second husband, had restraining orders against each other.

Her boyfriend also sought a restraining order against her, the Times reported, citing a detention memo.

Cincinelli’s family maintains that she’s innocent and that her boyfriend was trying to set her up, ABC reported.