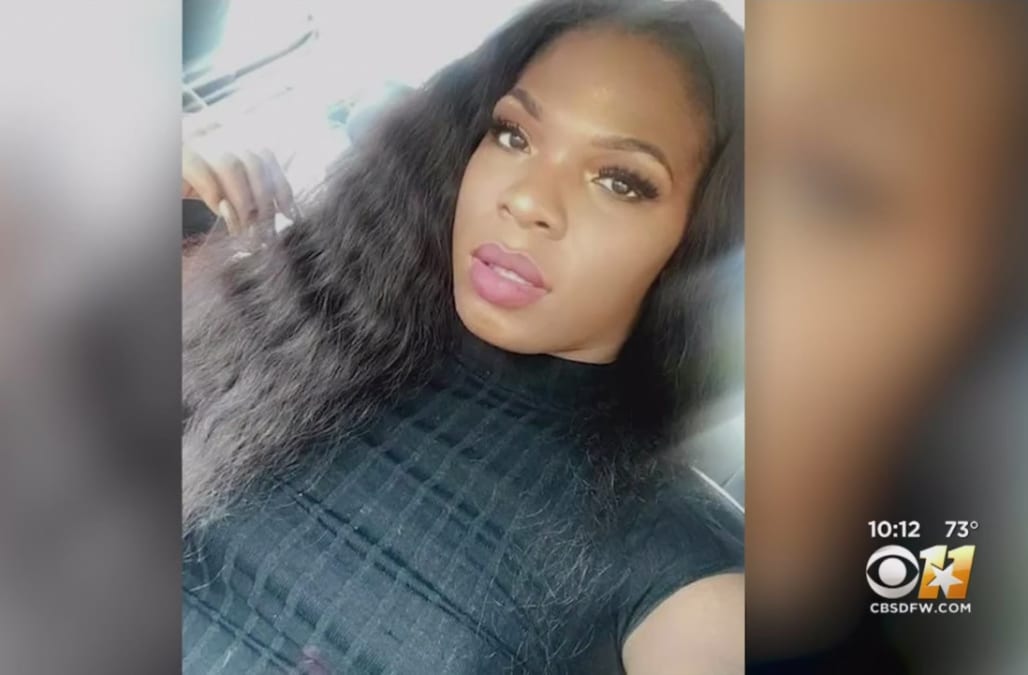 A transgender woman in Texas who was brutally beaten by a mob last month in a possible hate crime was found shot to death over the weekend, Dallas police said.

Officers found Muhlaysia Booker, 23, lying face-down on a street in East Dallas early Saturday, police said at a press conference Sunday, She was pronounced dead at the scene.

Police said that they had no suspects or leads in what they called “homicidal violence,” and didn’t have enough information to determine whether Booker’s killing was motivated by hate.

RELATED: The faces and stories of transgender people around the world

Dallas Mayor Mike Rawlings (D) mourned Booker’s death in a tweet Sunday, and called on people with any information to tell the police.

I am deeply saddened to learn of the murder of Muhlaysia Booker. I call on anyone with information on this homicide to please contact the Dallas Police Department.

Booker was attacked at a Dallas apartment complex on April 12 in what police called an apparent act of mob violence after she was involved in a minor car crash. People in the crowd kicked and punched her, police said, and a man later identified as Edward Thomas beat her to the point of unconsciousness and was charged with aggravated assault.

Booker suffered a facial fracture and other injuries. She told police that she heard homophobic slurs from the crowd. Police classified the incident as a possible hate crime.

Cellphone video of the violence captured by witnesses went viral.

Transgender people, particularly women of color, face disproportionate rates of violence in the United States. Booker is at least the fourth transgender person in the U.S. to be slain this year, according to the Human Rights Campaign. All were black women.

Last week, Claire Legato, a black transgender woman in Cleveland, died after being shot in the head.

According to a Human Rights Campaign report last year, at least 128 transgender people were killed in the U.S. from 2013 to 2018. Almost 90% of them were women, about 80% were women of color, and almost 70% were black women. Nearly two-thirds of the transgender people died from gun violence.

More from HuffPost US:
Muslim Voter Turnout Is Way Up, New Report Finds
The 'Game Of Thrones' Finale Had Davos Being The Grammar Police For The Last Time
A Shocking Amount Of Plastic Is Burned Every Second: Report