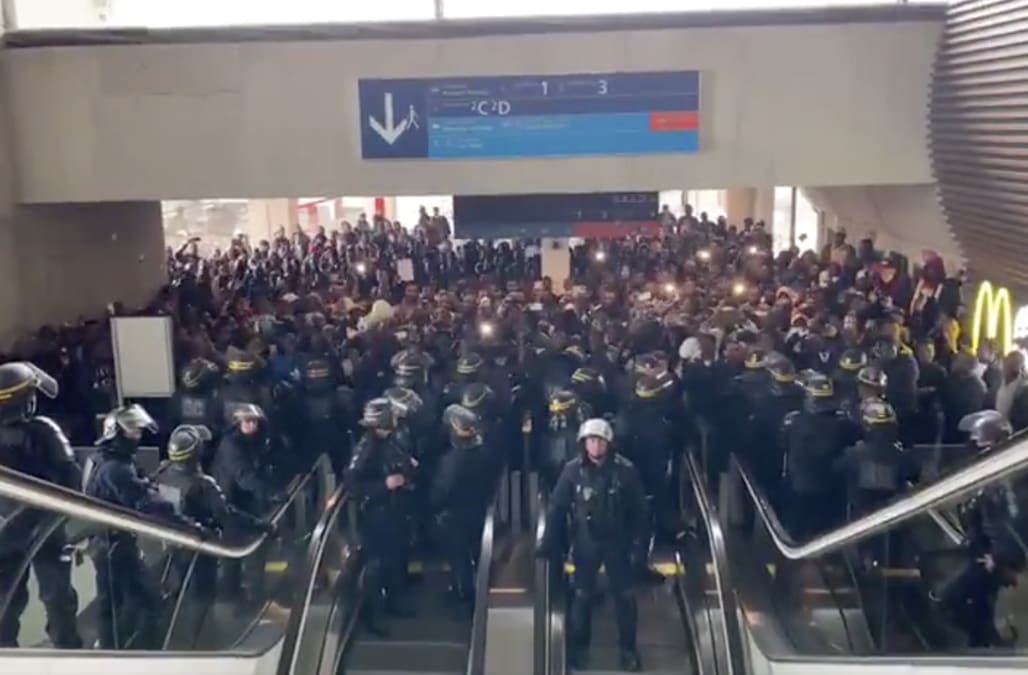 Footage of the protest shared on Twitter shows an estimated 400 members of the migrant support group La Chapelle Debout gathered in Terminal 2 of Charles de Gaulle Airport and surrounded by police in tactical gear.

"France does not belong to the French," one man can be heard shouting. "Everyone has a right to be here!"

Protesters, the majority of whom were said to be of African descent and refer to themselves as "Black Vests," called for Prime Minister Edouard Philippe to give them permanent legal status and appropriate paperwork to remain in France.

In a statement to French outlet Le Parisien, airport officials said the meeting was nonviolent and "had no impact" on Sunday's flight schedule.