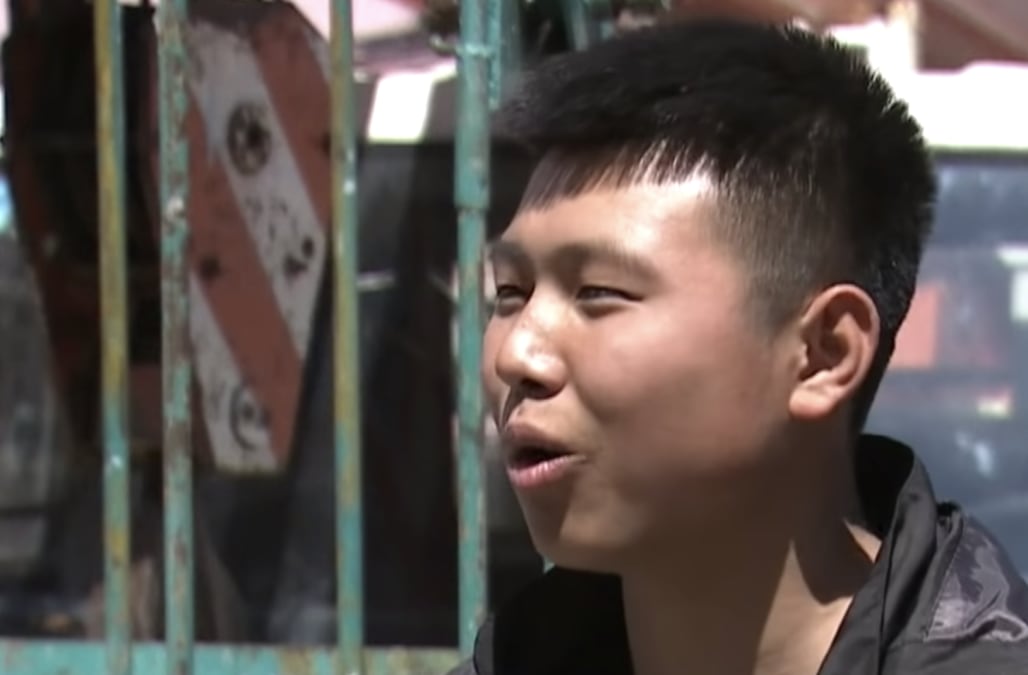 A 19-year-old crane operator is being praised for his quick thinking after he saved 14 people from a burning building in China, Shanghaiist reports.

Lan Junze was working at a construction site in Fushun when he saw a seven-story building go up in smoke nearby. In a viral video, Lan is seen using the crane to help residents escape the fire, which appears to have started on the building's ground floor. One of those saved was Dong Xiuyan, who lived on the third floor.

"I tried to go through the door twice, but I failed," Dong told Chinese broadcaster CCTV. "I got very anxious. Then I thought we could get out from our window."

Lan reportedly heard Dong's screams for help and drove his crane to the scene of the fire, which was just 300 meters away.

"The flame was very, very close to them," Lan said. "My first thought was to get the mother and son down."

After picking Dong and her son up in a crane basket and moving them safely away from the building, Lan turned his attention to the floor above, where resident Mang Shengjun lived.

"If I didn't have my mother or my wife with me, if I was alone, I would have jumped out for sure," Mang told the station.

After rescuing Mang and his family, Lan then raised his crane to assist people on the building's fifth and sixth floors. In total, he saved 14 people in less than 30 minutes.

One person, unfortunately, died in the fire, according to Fox News.