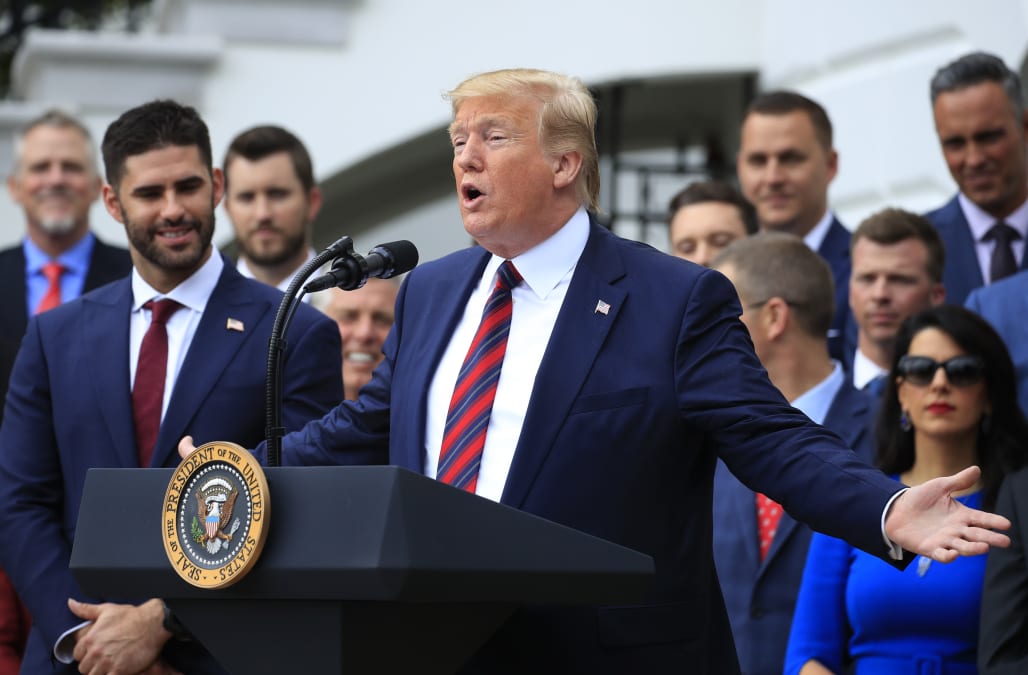 President Trump on Friday offered his take on how the Democratic presidential primary race is shaping up.

“Looks to me like it’s going to be SleepyCreepy Joe over Crazy Bernie. Everyone else is fading fast!” he tweeted.

That prediction is in line with recent polling and some expert analysis.

In a recent Morning Consult poll, 40% of Democrats voiced a preference for former Vice President Joe Biden, compared to 19%, who opted for Senator Bernie Sanders.

The remainder of the many, many hopefuls ended up with numbers in the single digits.

CNN’s Chris Cillizza and Harry Enten also see Biden as the strongest candidate, giving him the top spot in their recent “power rankings” for Democrats.

Sanders, who previously held the number one position, slipped to second.