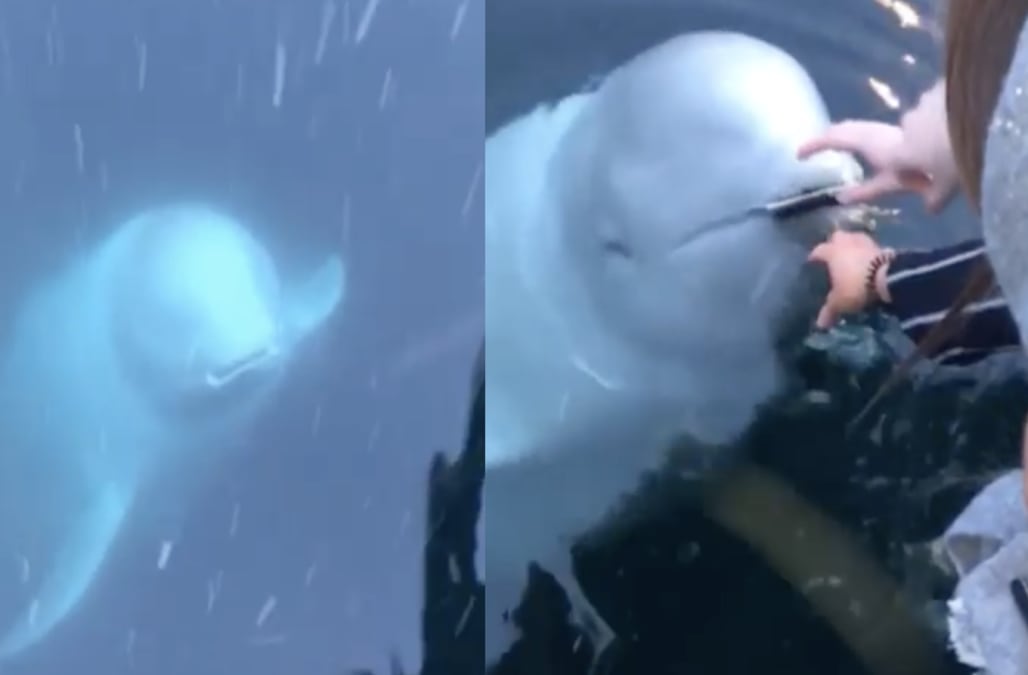 Footage of a dutiful beluga whale returning an expensive gadget to its rightful human owner is making waves online.

Strangely enough, iPhone owner Ina Mansika and her friends were actually searching for the specific whale — which attained celebrity status weeks ago as a suspected Russian navy spy when it turned up in open waters around Hammerfest, Norway, wearing a harness — when the encounter occurred.

Mansika told The Dodo that she and her pals laid down on a dock for a better chance to see the infamous beluga and "hopefully get the chance to pat it" when her phone slipped out of her jacket pocket and into the ocean.

Seconds later, the considerate sea creature dove down and appeared at the surface of the water with the gadget in its mouth, to the shock of onlookers.

"We assumed it would be gone forever, until the whale dove back down and came back a few moments later with my phone in its mouth!" Mansika said.

Sadly, Mansika's phone had sustained too much water damage and could not be recovered by the time it was retrieved — but she says she still appreciates the gesture.

"I love animals!" she told The Dodo. "The whale is so kind."

A good Samaritan? Certainly. A spy for Vladimir Putin? Remains to be determined.