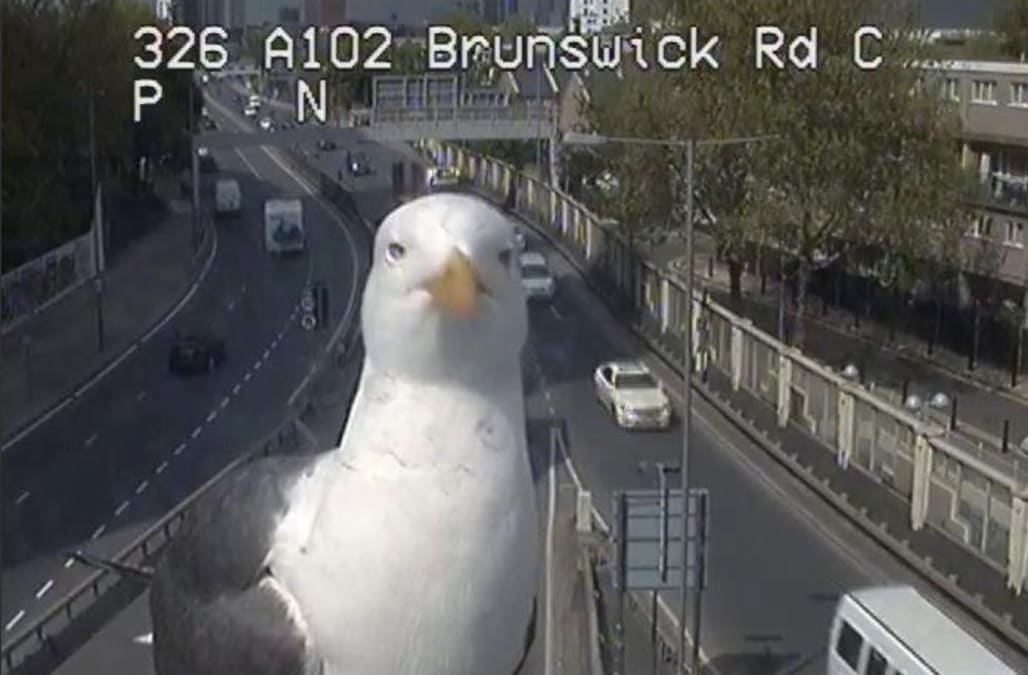 A seagull has gone viral on social media this week for repeatedly perching in front of a traffic camera in London.

Transport for London (TFL) — a government organization that describes itself as "responsible for most aspects of London's transport system" — tweeted a photo of the bird looking directly into one of its cameras on Monday.

The comical image caught the attention of a number of Twitter users, many of whom cracked jokes at the bird's expense.

"Waiting to spot a nice car to plop on," one person wrote.

Another expressed excitement at the thought of a bird world-takeover

"I, for one welcome our new common gull overlords," the user posted.

I, for one welcome our new common gull overlords

Intent on getting his close-up, the seagull returned on Tuesday, to the traffic authority's delight.

"Guess who's back?!" the agency said, posting a photo of the bird just inches away from the camera.

Several hours later, TFL took Twitter by storm by following up with an 11-second video of the seagull seemingly cawing in front of the camera.

"Due to popular demand, a quick update from our reporter just north of the Blackwall Tunnel..." the organization posted.

Due to popular demand, a quick update from our reporter just north of the Blackwall Tunnel..... pic.twitter.com/NxKVMqGca3

"Is he advising people not to take any left terns?" one man asked.

Is he advising people not to take any left terns?

"He has a bird's eye view of the traffic there," another person wrote. "Excellent reporting."

He has a bird's eye view of the traffic there. Excellent reporting.

As of Wednesday morning, the clip has been liked nearly 60,000 times and has racked up over 20,000 retweets.