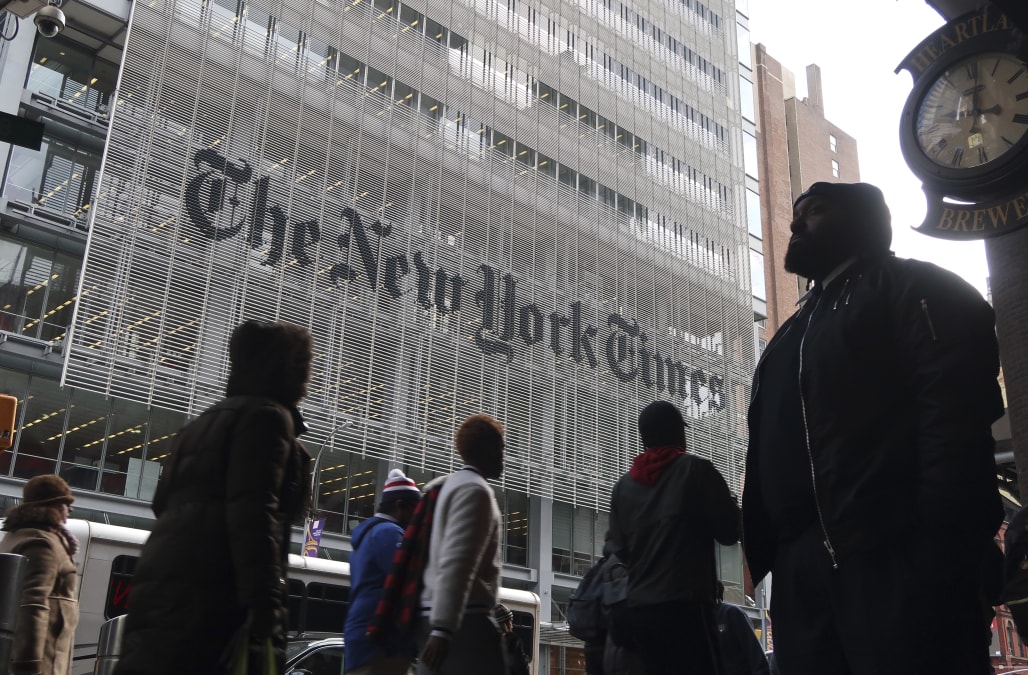 The New York Times has admitted to “an error in judgment” after publishing a political cartoon criticized as being anti-Semitic.

“A political cartoon in the international print edition of The New York Times on Thursday included anti-Semitic tropes, depicting the prime minister of Israel as a guide dog with a Star of David collar leading the president of the United States, shown wearing a skullcap,” the Times said in a statement.

“The image was offensive, and it was an error of judgment to publish it,” the statement continued. “It was provided by The New York Times News Service and Syndicate, which has since deleted it.”

Nevertheless, Seth Frantzman, an op-ed editor with The Jerusalem Post, tweeted out a list of anti-Semitic elements about the image Saturday, writing: “1. Putting a yarmulke on the US President in negative way 2. Putting the face of the PM of the Jewish state on a dog 3. Using a Star of David on the collar 4. Implying the US is ‘blindly’ led by Jews and/or Israel.”

The Times says its Editors’ Note will run in Monday’s international edition.