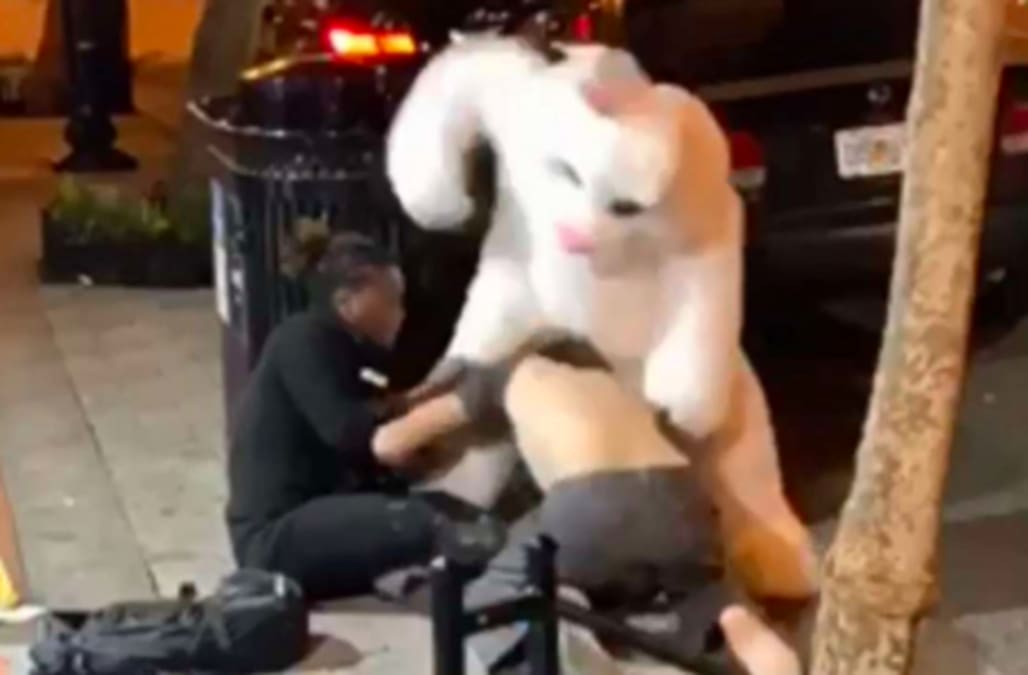 A Bad Bunny was on the loose in Florida this weekend — and we're not talking about the Latin singer.

An unidentified man in an Easter Bunny costume was involved in an all-out brawl in downtown Orlando on Sunday night. Click Orlando reports that the fight began when a man bumped into a woman on the street near SAK Comedy Lab, which quickly escalated into a physical altercation.

Footage of the tussle shared on Instagram shows the Easter Bunny hopping into the fight, initially trying to separate the man from the woman before resorting to throwing punches of his own.

A crowd of stunned onlookers can be heard shouting profanities and encouragement at the costumed vigilante.

The Orlando Police Department quickly intervened in the strangely festive fight. No one was arrested in connection with the Easter incident.

"The officer on-scene broke up the incident and dispersed the parties involved," Sgt. David Baker said on Monday. "No arrests or reports were completed."

More from Aol.com:
Zookeeper hospitalized after tiger attack at zoo
Embarrassing spelling error at Florida school crosswalk has people shaking their heads
Woman crashes her car after seeing a spider while driving