Nancy Pelosi plans Monday meeting on Mueller report: 'Congress will not be silent' 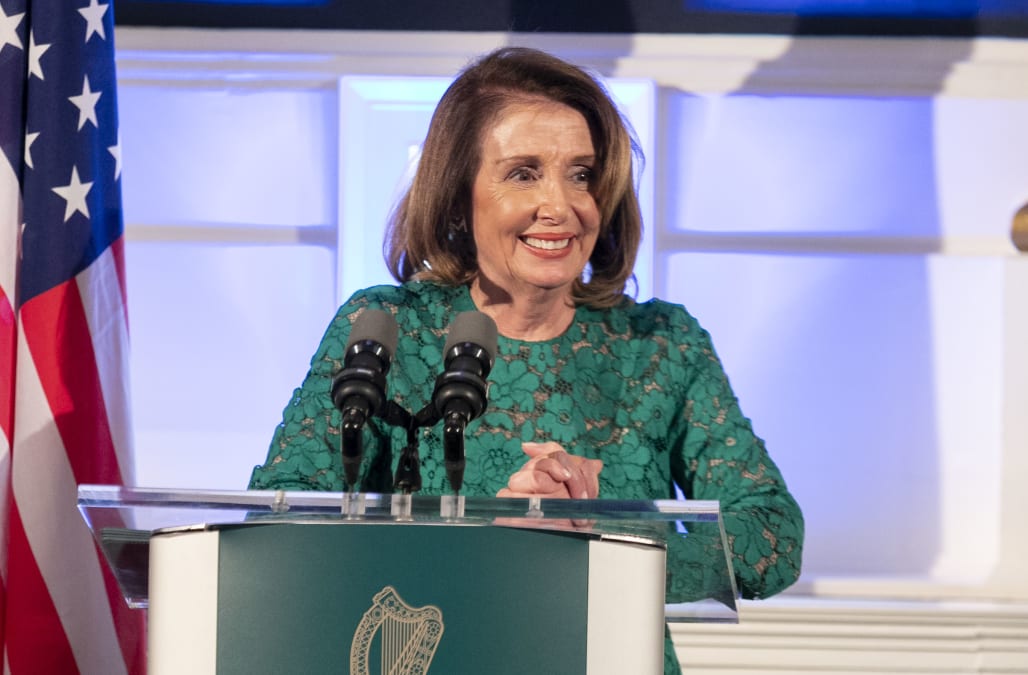 House Speaker Nancy Pelosi (D-Calif.) organized a meeting with House Democrats scheduled after the Easter weekend to discuss what to do next in response to the release of Robert Mueller’s long-awaited redacted report.

Pelosi asked for the conference call to take place on Monday in a letter to Democrats. In her letter, Pelosi described the special counsel’s findings as a “grave matter.”

The speaker also said the nature in which the Justice Department released the findings was “disrespectfully late” and “selectively redacted.”

“The Caucus is scheduling a conference call for Monday to discuss this grave matter, which is as soon as our analysis and this Holy Season’s religious traditions allow,” Pelosi said.

“Congress will not be silent,” she concluded.

Pelosi was in Ireland on Thursday as part of a trip to the U.K.

Pelosi tells Democrats in letter on Mueller Report: "We will update you on the next steps that must be taken.The Caucus is scheduling a conference call for Monday to discuss this grave matter which is as soon as our analysis and this Holy Season’s religious traditions allow." pic.twitter.com/20AokvO1Jl

Attorney General William Barr held a news conference Thursday morning to discuss Mueller’s finding before delivering the report to Congress, denying lawmakers a chance to review the report for themselves first.

While Mueller declined to make a determination on whether Trump obstructed justice, the special counsel did not exonerate him on that allegation. According to the redacted report, the special counsel looked into 10 instances of possible obstruction in which Trump used his authority to interfere with the federal investigation.

In the letter, Pelosi noted that the redacted report “appears to directly undercut” Barr’s previous conclusion that Trump did not obstruct justice.

The speaker also noted that the report had “several alarming findings,” some of which “explicitly state that the President’s campaign took actions with an expectation that ‘it would benefit electorally from information stolen and released through Russian efforts.’”

After reviewing the report, Democrats criticized the Justice Department for censoring much of the 400-page document and called on Barr to release to Congress an unredacted version, which House Democrats plan to subpoena.

House Judiciary Chairman Jerry Nadler on Thursday shared a photo of Mueller’s report with a highlighted passage on the special counsel explaining why his investigation cannot explicitly exonerate Trump on obstruction of justice.

“This is exactly why we need to hear directly from Special Counsel Mueller and receive the full, unredacted report with the underlying evidence,” Nadler tweeted.

This is exactly why we need to hear directly from Special Counsel Mueller and receive the full, unredacted report with the underlying evidence. pic.twitter.com/8nqoUWHjpI