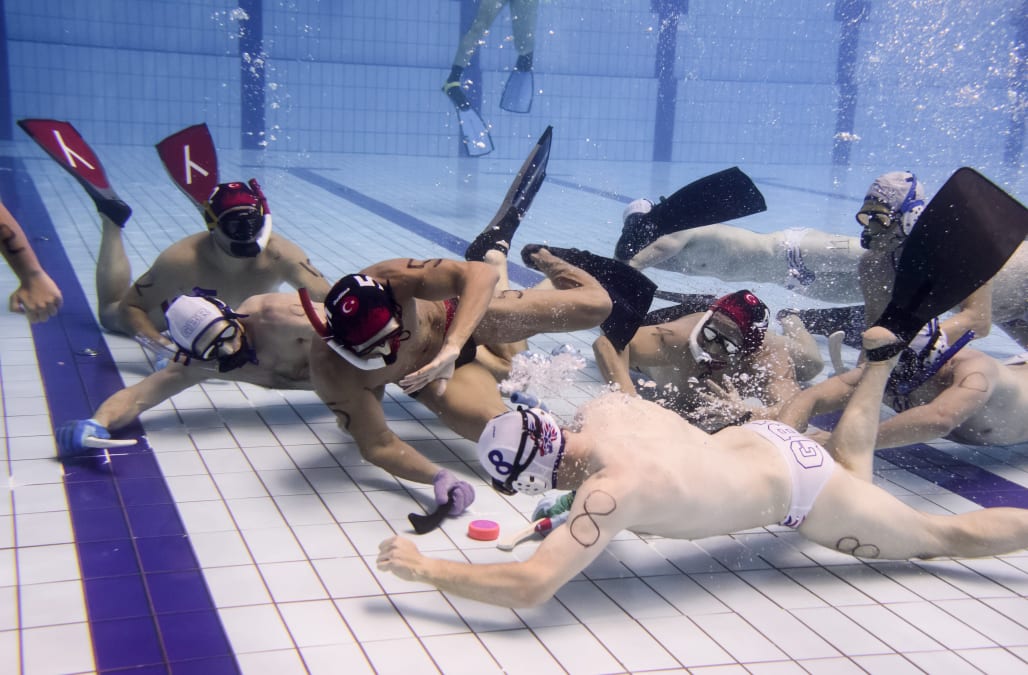 Hockey fans hooked on the Stanley Cup playoffs may want to check out an up-and-coming sport once the NHL's postseason ends.

Underwater hockey, otherwise known as Octopush, is slowly becoming popular among those who enjoy hockey and swimming. Invented in the United Kingdom in 1954 by Alan Blake, the game was originally designed to keep scuba divers fit and improve their mobility underwater, according to the World Underwater Federation. In the subsequent years, the sport was introduced in multiple countries, including Australia, South Africa, France, and Canada.

Octopush consists of two teams of up to 10 or 12 players. Six players from each side play in a game that is split into 15-minute halves; the remaining team members wait on the sidelines to substitute. All players wear a diving mask, snorkel, large fins and a latex glove.

The game begins with each team on opposite ends of a pool. Once a referee sounds the buzzer, the teams race to get possession of a three-pound puck that is placed in the middle of the pool. The goal is to score in the other team's "net" or, in this case, a goal tray. Unlike ice hockey, however, Octopush is a non-contact sport — players cannot interfere with each other by using their free hand.

Currently, there are 36 countries where Octopush is played, according to The Atlantic Wire. Several of them, including the U.S., compete in a world championship that is held every two years.