Auburn gymnast opens up about moment of gruesome leg injury: 'That's when the pain started to set in' 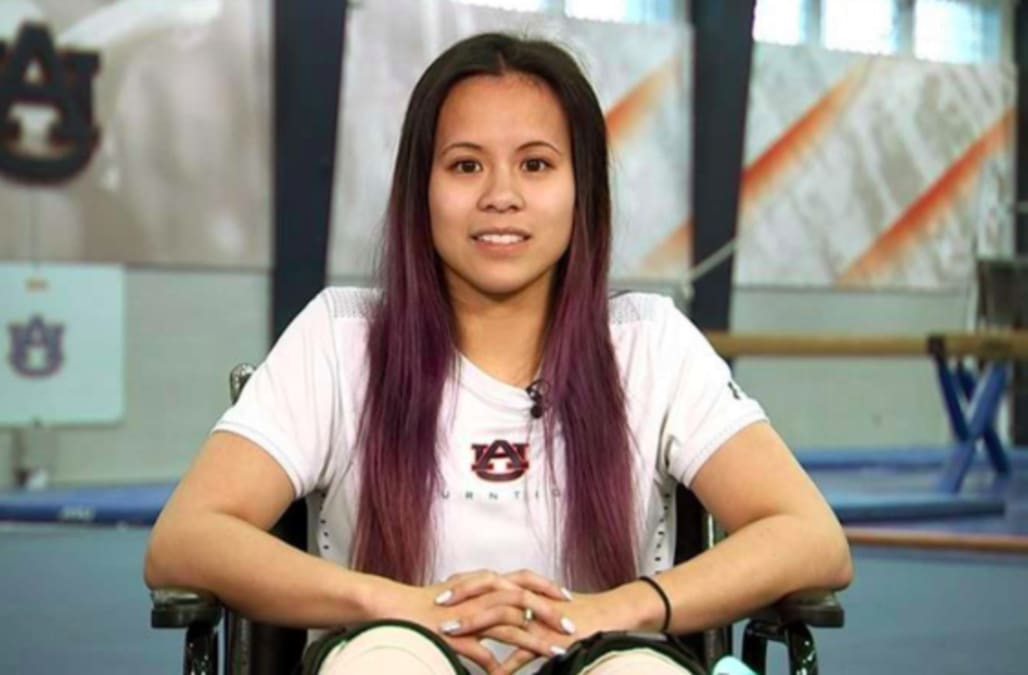 Auburn University student and retired gymnast Samantha Cerio opened up about her recent career-ending injury during an interview with TODAY.

"When I had landed that one, I felt like something was a little wrong, and I thought I had just hyperextended my knees until I looked down and that wasn't the case,'' she said on Monday, recalling the moment that sent shockwaves through social media.

"When I saw what had happened, that's when the pain kind of started to set in, and it got worse. It was a big, 'Oh shoot, what just happened?'''

Cerio, a 22-year-old North Carolina native, made headlines after sustaining severe injuries to both of her legs at the NCAA Regional Semifinal in Baton Rouge, La., on April 5.

The star athlete and SEC co-scholar of the year was attempting a handspring double front on the first tumbling pass of her floor routine when she landed awkwardly, dislocating both of her knees and tearing multiple ligaments, her coach, Jeff Garba, revealed.

Graba, who has been coaching gymnastics since the 1980s, told the Times-Picayune that he’d never seen an injury like Cerio's in his entire career.

"It was pretty tough to watch," he told the outlet. "She's a trooper. The last thing she said was, 'Go help the girls.' The girls rallied around her. They’re doing this for her right now."

Cerio, who announced her retirement on Instagram shortly after the injury, underwent a successful operation last week.

"We know the road for full healing is going to be a long and difficult one, but we are confident that she’ll be able to make a complete recovery," coach Garba wrote on Twitter.

Days after the procedure, Cerio took to Twitter to ask people to refrain from sharing and tagging her in footage of her accident.

"Those of you posting and tagging me in the video of my injury, I am asking you to please stop," she wrote. "Going through the pain and seeing my knees bent unnaturally in real life was horrible enough, but to continue to see it from videos/pictures because some people feel entitled to repost it is not okay. I have family, friends, and teammates who do not need to see me getting injured over and over again. My pain is not your entertainment."

Cerio is currently studying aerospace engineering and expects to graduate in May. She is also set to marry her fiancé Joseph Wood, on June 1 and hopes her legs heal enough to walk down the aisle.

RELATED: These are the most gruesome sports injuries in recent memory: