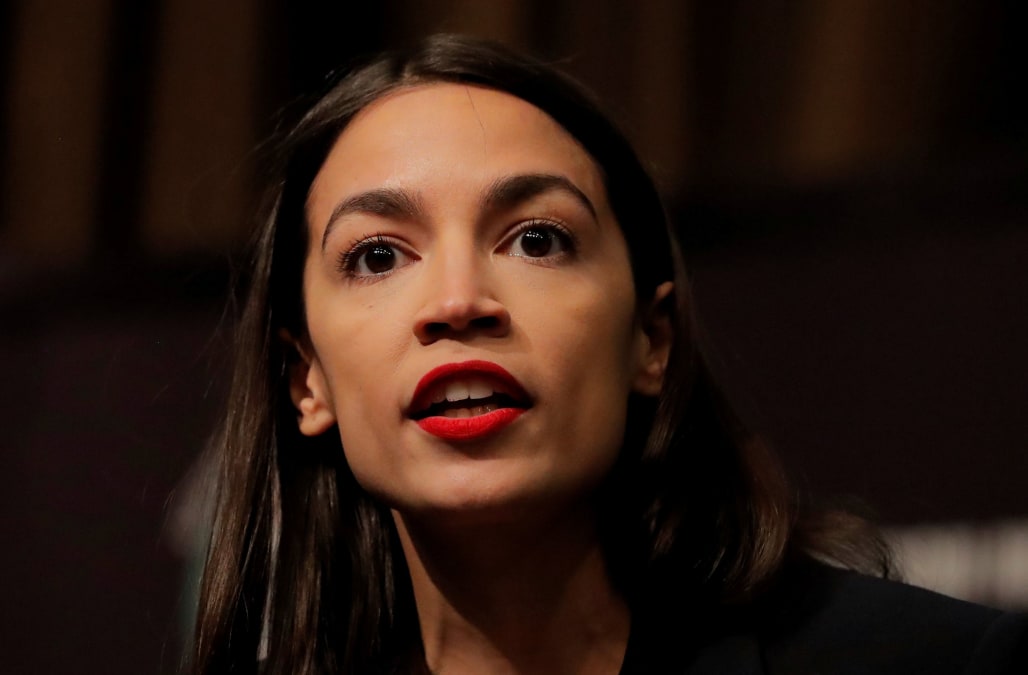 Rep. Alexandria Ocasio-Cortez criticized the reelection of Israeli Prime Minister Benjamin Netanyahu as part of “the ascent of authoritarianism across the world.”

Interviewed Sunday on the Yahoo News “Skullduggery” podcast, the freshman Democrat from New York added: “I think that Netanyahu is a Trump-like figure.”

Netanyahu, who was prime minister from 1996 to 1999 and has been again since 2009, was reelected last week after announcing plans to formally annex Jewish settlements on the West Bank — part of the territory seized by Israel in the 1967 Six-Day War — where Palestinians hope to establish their own state. Ocasio-Cortez said U.S. policy toward Israel should be affected by the proposed annexation, and there are “conversations happening in our caucus.”

After Netanyahu’s victory, Trump, who in 2017 formally recognized Jerusalem as the capital of Israel, congratulated the prime minister on “a great and hard-fought win,” writing that “The United States is with him and the People of Israel all the way!” He said Netanyahu’s victory presents a “better chance” for peace in the Middle East.

When asked if she'd be in favor of reducing military or economic aid to Israel, Ocasio-Cortez said, “I think it’s certainly on the table.”

“And I also acknowledge my role in this,” she added, noting that other members of Congress were holding debates on foreign policy in the Middle East long before she was elected. “I hope to play a facilitating role in this conversation and a supportive role in this conversation. But I also know that there have been people leading on this for a long time, like Congresswoman [Betty] McCollum.”

Ocasio-Cortez drew an implied analogy to U.S. policy on the southern border, where Trump last week implied that the policy of detaining immigrants and removing their children was an effective deterrent to illegal immigration.

“We need to expand what those policy conversations are,” said Ocasio-Cortez, “because as just a citizen of this country, I would be very concerned if Trump started really pursuing more and more and more increasingly dangerous policies and everyone just standing aside and say this is normal, this is just like before.”