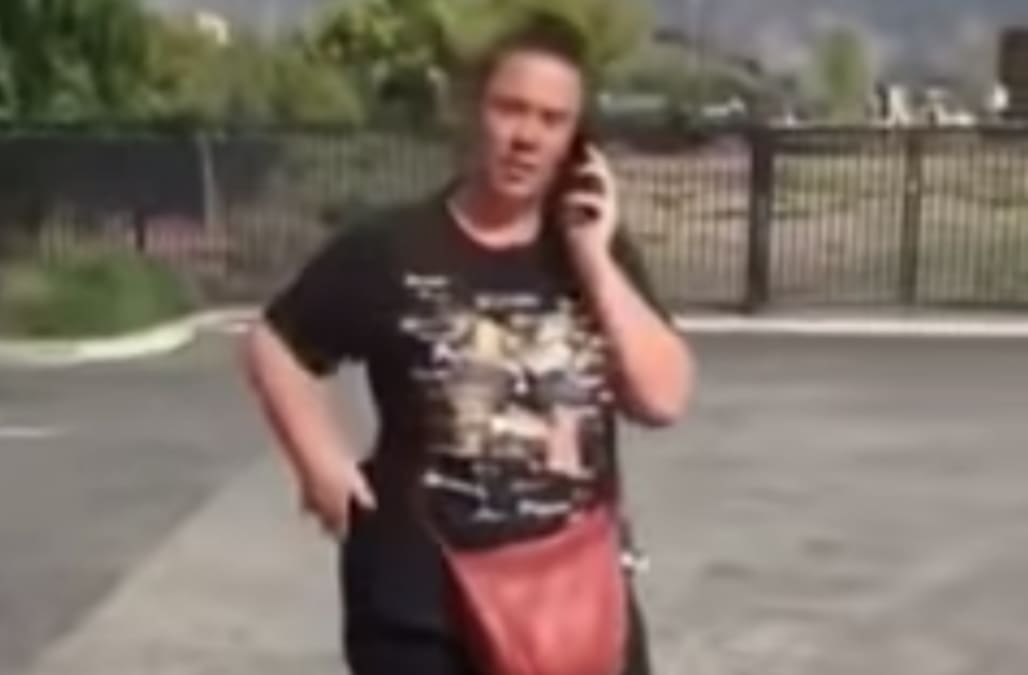 A woman in a Glendora, Calif. Walmart parking lot showed her true colors when she was filmed going on a racist rant while asking police to "come get" a man who she claims looked "illegal."

On Monday, a Southern California Edison contract worker asked the woman to move her car so he could park the company truck straight. Instead of complying with the request, she rang the police and asked them to come to Walmart and arrest the city worker. At one point in the video, she asks the police dispatcher, "Do you live here? Are you from Africa?"

The video, shared on Facebook by a friend of the contractor, has already been shared nearly 5,000 times.

After asking the man if he has a green card, a bystander in a car parked in the lot tried to inform the unidentified woman that the man is with workers of the electricity supply company nearby.

"I don't know this guy, he's videotaping me and he looks creepy from Mexico," the woman tells the dispatcher in the video. "He's speaking broken English."

The bystander calls the woman racist, to which she responds that her father is black and she can't be racist. She also adds that her little nephew is "Italian, Mexican and aloha."

"How does one look illegal?" one person asked. Another jokingly defended the woman by sharing, "Hey hey calm down everyone. She’s clearly not racist. Her nephew is aloha. For God’s sake!"