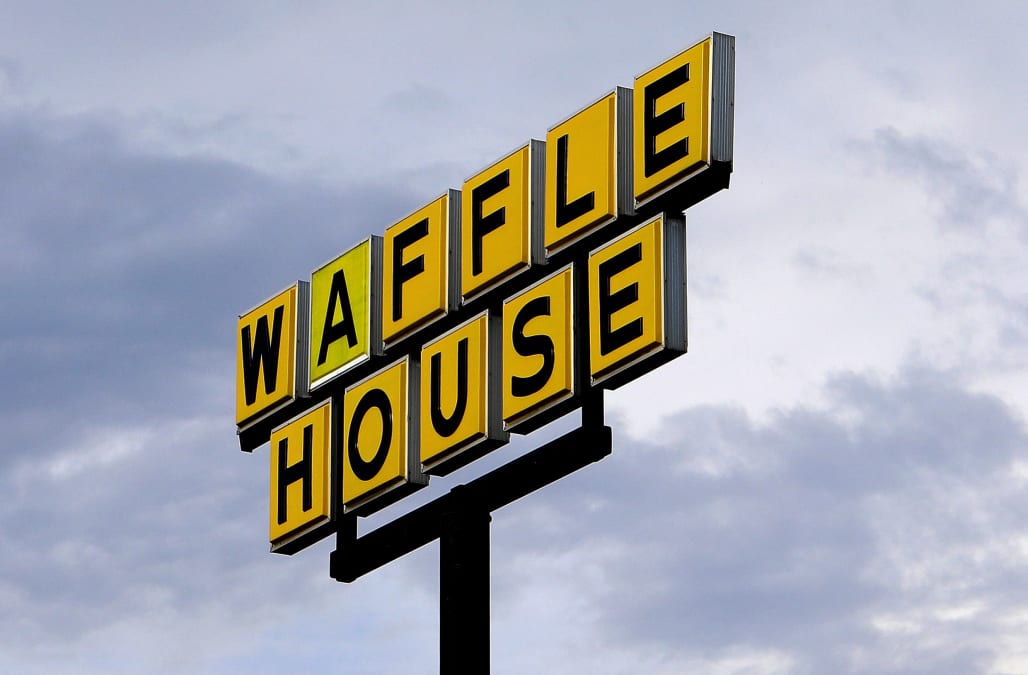 A good Samaritan was killed at a Florida Waffle House during an "altercation" that was allegedly sparked by his own good deeds.

Craig Brewer, 41, was fatally shot in the head around 3 a.m. on Sunday after picking up the tabs of several customers at the restaurant's Gainesville, Fla., location, according to the Alachua County Sheriff's Office.

Brewer had allegedly been going around the eatery paying for others' meals and handing out $20 bills when a woman who was at the Waffle House with shooting suspect Ezekiel Hicks, 25, became angry that the victim's generosity didn't include their table, the Gainesville Sun reports.

Hicks confronted Brewer and the two argued before the suspect left the restaurant and returned with a handgun. The two then engaged in a brief physical fight before Hicks allegedly shot the victim in the head.

Alachua County Sheriff’s Office spokesman Lt. Brett Rhodenizer said officers were already en route to the Waffle House over calls that the restaurant had reached its maximum capacity when the shooting occurred.

Hicks was arrested in the parking lot, where he admitted to shooting Brewer. He was charged with first-degree murder and is currently being held without bail.

"The evidence in the case is fairly straightforward," Lt. Brett Rhodenizer said. "We have on video what happened. There was at least one gunshot to the head but the medical examiner will offer authoritative information on that."

“What we’re trying to find out in the days ahead is if this was truly a verbal argument that turned into a murder case or if there is something missing there," he added.