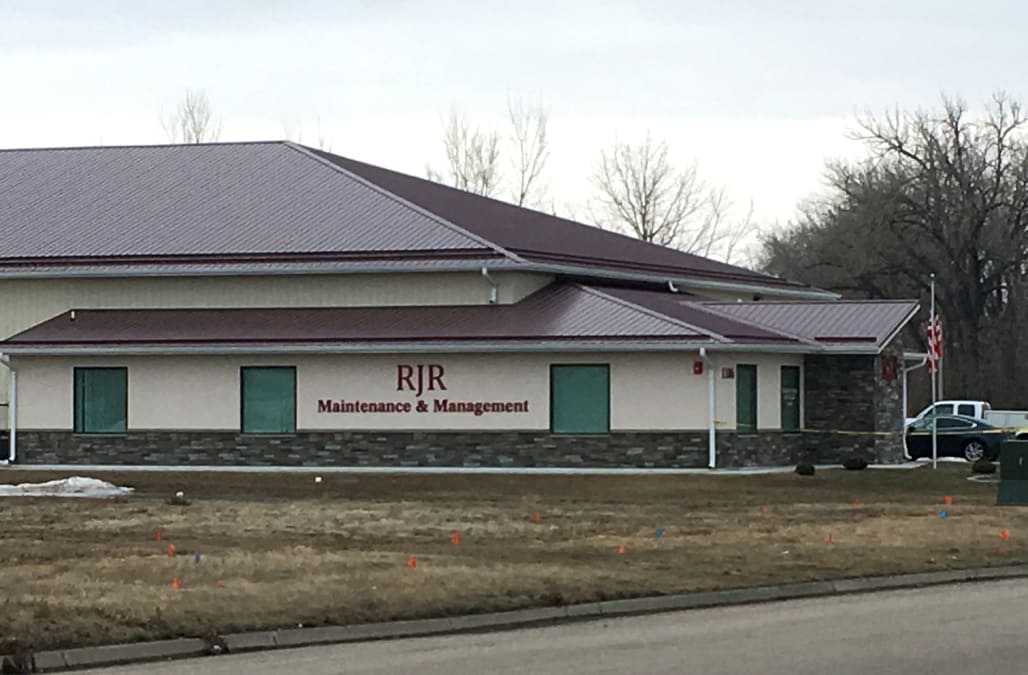 April 5 (Reuters) - Police arrested a 44-year-old man on Thursday on charges that he killed four people at a business in a North Dakota town, officials said.

Chad Isaak of Washburn, North Dakota, was arrested in connection with killings on April 1 at RJR Maintenance and Management in Mandan, a suburb of Bismarck, Mandan Police Chief Jason Ziegler said at a press conference late on Thursday.

"At this time, the motive for the crime is unknown," he said. "It's still part of our investigation."

The chief also said it was unclear whether all four people were targeted or some were just in the wrong place at the wrong time. Police said they were not looking for other suspects. They had said earlier in the week the general public was not in danger.

Isaak lives in a mobile-home park managed by RJR about 35 miles north of Mandan, police said. The Bismarck Tribune reported that court records show no criminal record for Isaak. It identified him as a local chiropractor.

Isaak was being held in the McLean County jail. No bond information was available early Friday and it was unclear if he had an attorney.