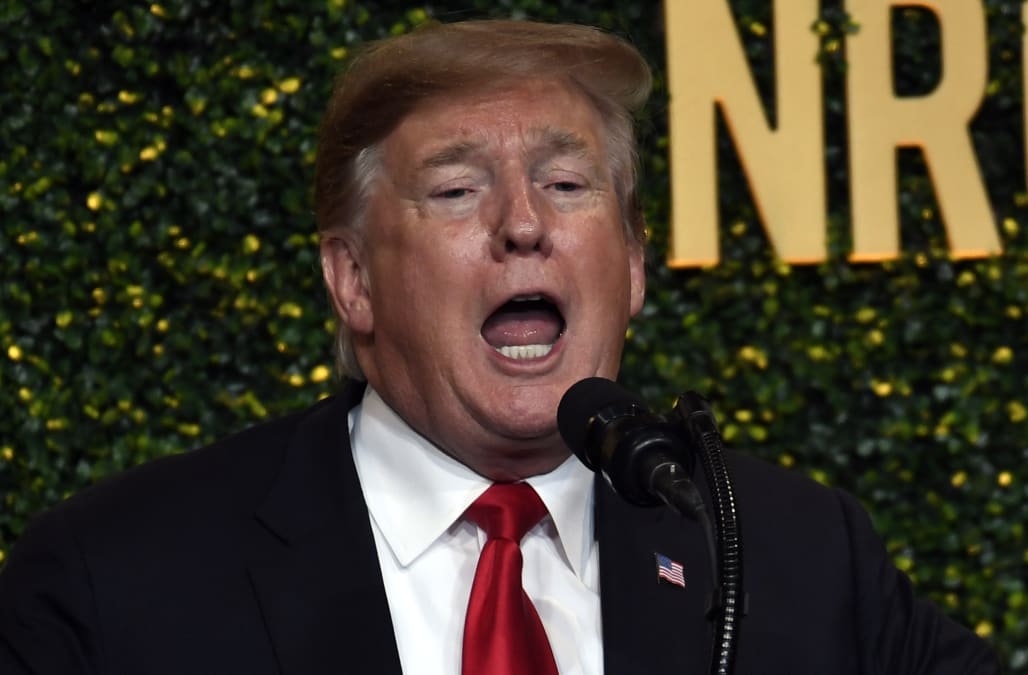 President Donald Trump on Tuesday launched his latest wild attack on wind turbines, an energy source that has long attracted his ire.

"They say the noise causes cancer,” the president remarked of the turbines at the National Republican Congressional Committee fundraiser in Washington DC.

Trump linked the technology to ex-presidential rival Hillary Clinton, who he claimed “wanted to put up wind.”

“If you have a windmill anywhere near your house, congratulations your house just went down 75 per cent in value. And they say the noise causes cancer, you tell me that one, OK?" remarked Trump, imitating the whirring noise made by the turbines.

He went on to express concern for the effect of turbines on wild bird populations.

“The thing makes so much noise, and of course it’s like a graveyard for birds. If you loved birds, you’d never want to walk under a windmill again.”

Scientists have long rejected the decades-old claims of those who argue that wind turbines cause a variety of illnesses, including cancer.

Simon Chapman, a professor in public health at the University of Sydney in Australia, in a 2012 article reviewed stories of people who had illnesses they blamed on turbines.

He suggested that the illnesses — which were real — were not attributable to the turbines, but instead are “psychogenic”, which means they are caused by anxiety and unrest.

RELATED: These are the most energy efficient cities in the U.S.:

15 PHOTOS
Most energy efficient cities in the U.S.
See Gallery

It is true that many birds are killed flying into wind turbines. However, far more are killed by flying into cellphone and radio towers or by being mauled to death by cats.

Back in February Trump lost a long-running legal battle with the Scottish government over a wind farm near one of his golf courses.

He launched the battle before his election, over an off-shore farm near his golf course in Aberdeenshire, northwest Scotland. He lost and had to pay legal bills for himself and the Scottish government.

Last week, Trump attacked wind power at a rally in Michigan, claiming that if the wind doesn't blow, televisions and other electronic devices will lose power.

In fact, turbines can store the energy to be used even in times of calm.

NOW WATCH: Paul Manafort faces over 7 years in prison for conspiracy and obstruction. Here's what you need to know about Trump's former campaign chairman.