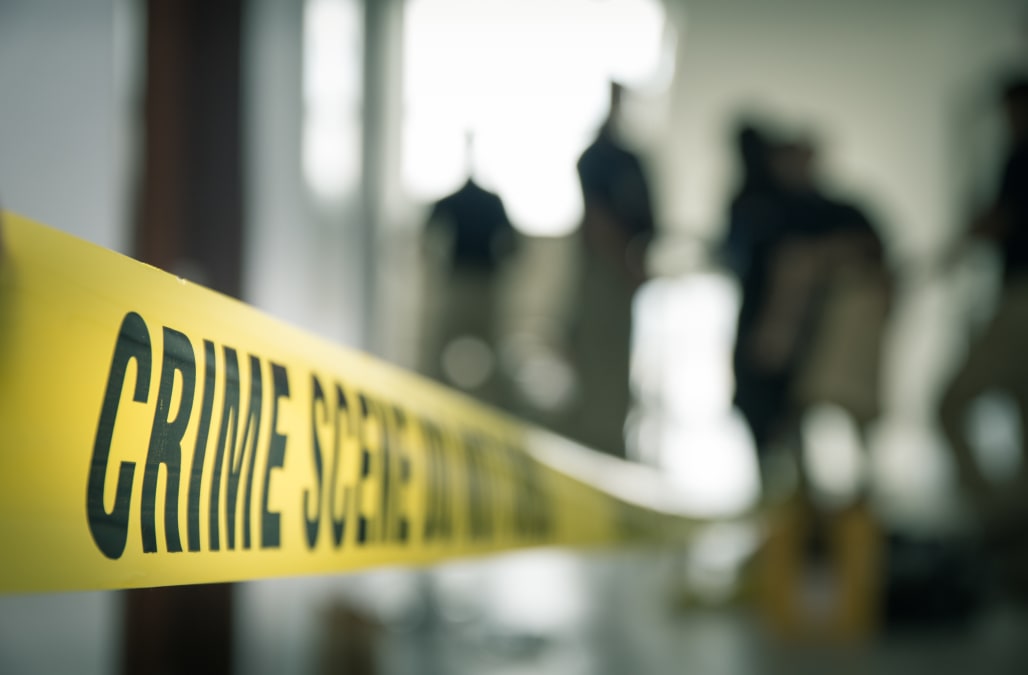 The bodies of three men and a woman were discovered inside RJR Maintenance and Management in Mandan, a city of about 22,000 just across the Missouri River west of Bismarck, Police Chief Jason Ziegler said. The victims weren't immediately identified and police didn't say how they died.

"It's quite a large crime scene, so it's not something that's going to be easy for us to get in and do quickly," Ziegler said of the pace of the investigation.

Officers were combing through the building, which includes an office area in the front and a large warehouse area in the back, and planned to be there "as long as it takes us to get everything that we need," the chief said.

Ziegler said someone other than the four people who were found dead is responsible for the killings. However, police have not yet identified a suspect and have no motive.

"The crime scene is contained to where it's at, and there is no evidence based upon what we see that the public at large is in any danger from what happened there," Ziegler said. "It looks like an isolated incident."

He said he was not aware of officers responding to any other recent incidents at the business that might have been connected to the killings.

The building has many surveillance cameras, Ziegler said. He asked other businesses in the area that might have video footage they consider relevant to come forward.

Police announced in a brief statement Monday morning that they had found "several" bodies while responding to a "medical call" to RJR. As hours passed without additional information, people with friends or loved ones who work at RJR gathered beyond a police line, anxious for news about those inside.

Judy Praus, 70, said she was a longtime friend of the owner's family and had just seen them at a restaurant Saturday. She said she also knew a lot of employees, and had no details on any of them.

"When I was notified, I shattered. Unbelievable," she said.

Gina Kessel, 52, of Mandan, showed up at the business Monday to pick up her son, Mitchell Kessel, an employee there. She said Mitchell "called me, said something is going on." She said he didn't tell her what.

She and her son hugged, with both of them crying. The son declined comment before going back behind a police line.

A statement posted on the company's website said the business was closed Monday. No one answered the phone at RJR, which is somewhat isolated despite its location in a business district near a busy main road known as The Strip. A large empty lot sits in the front, a golf course in back and a soccer complex to one side.

Darin Helbling, a manager at a nearby bowling alley, said police asked to see his business' surveillance video. Helbling said the video showed only a couple of vehicles on the road that separates the businesses since 10 p.m. Sunday.

RJR's website identified it as a family-owned company that has been handling commercial and residential properties in Bismarck and Mandan for more than 20 years. Its services include collecting rent for landlords, paying mortgages, re-renting apartments, building and grounds maintenance, lawn care, and snow removal. It also rents out storage units.

A "Meet Our Team" feature on the website pictured 22 employees.

Natasha Towne said her brother, Adam Fuehrer, has worked at the business for about eight years. She said she didn't know his status and was frustrated at the lack of news. She declined to talk further.