NBC News poll: Americans split on who will win in 2020 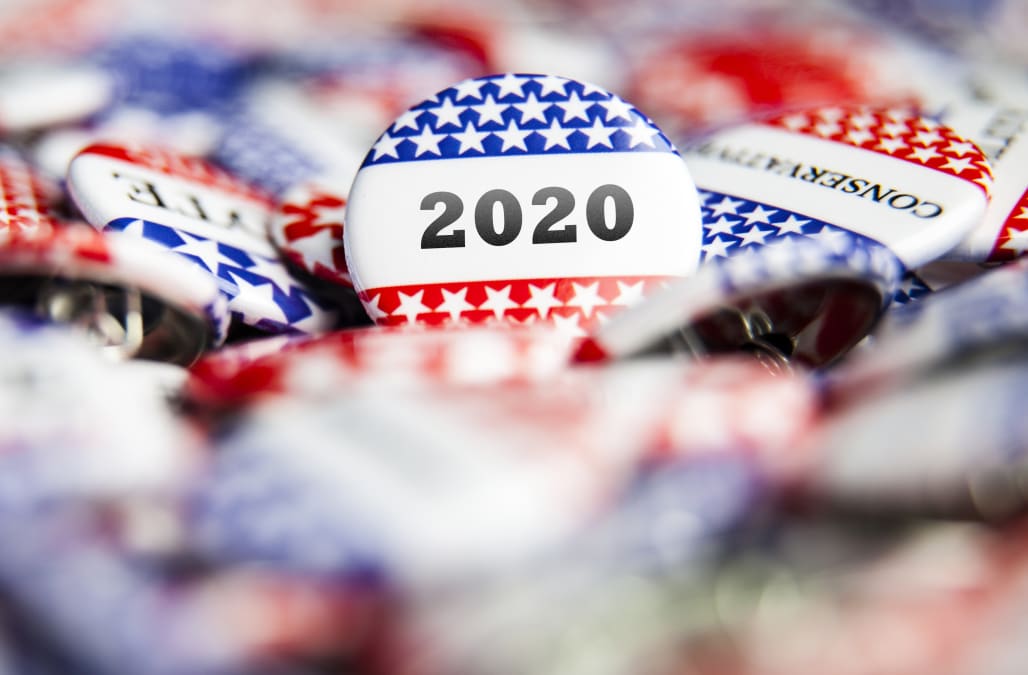 As President Donald Trump travels to Michigan on Thursday to campaign for re-election, a new national poll shows that Americans are evenly split on who they think will win the presidency in 2020.

According to a newNBC News|SurveyMonkey online poll, conducted before the release of a four-page summary of special counsel Robert Mueller's report, 43 percent of Americans think Trump will be re-elected and 43 percent believe the Democratic nominee will win. Nearly one in 10 Americans — 9 percent — believe a third-party candidate will win the presidency in 2020.

Even though the next general election is still over a year and a half away, a sizable percentage of Americans say they already know who they plan to support, demonstrating the strength of partisanship in determining the preferences of voters for the presidency.

Trump notches most of his early support from groups that have largely supported his presidency. Among Republicans and Republican-leaning respondents, three-quarters (76 percent) said they would vote for the president.

Candidates who have announced 2020 presidential bids

Julian Castro, former Mayor of San Antonio and a former secretary of Housing and Urban Development

Who should the Democrats nominate?

With 15 candidates having jumped into the race so far, the Democratic presidential primary features the most diverse field that has ever run for a presidential nomination. However, a majority of Americans do not believe that nominating a candidate who is not a white male will either help or hurt the Democratic Party in the general election.

According to the poll, most Americans believe that it will not matter to the candidate's chances if the Democratic nominee is a woman (65 percent) or is nonwhite (69 percent).

This feeling is shared uniformly across partisans and independents.

This NBC News|SurveyMonkey online poll was conducted March 18-25, 2019, among a national sample of 8,088 adults. Respondents for this survey were selected from the more than 2 million people who take surveys on the SurveyMonkey platform each day. The error estimate for this survey is plus or minus 1.5 percentage points. Data have been weighted for age, race, sex, education, and geography using the Census Bureau's American Community Survey to reflect the demographic composition of the United States age 18 and over. For full results and methodology, click here.