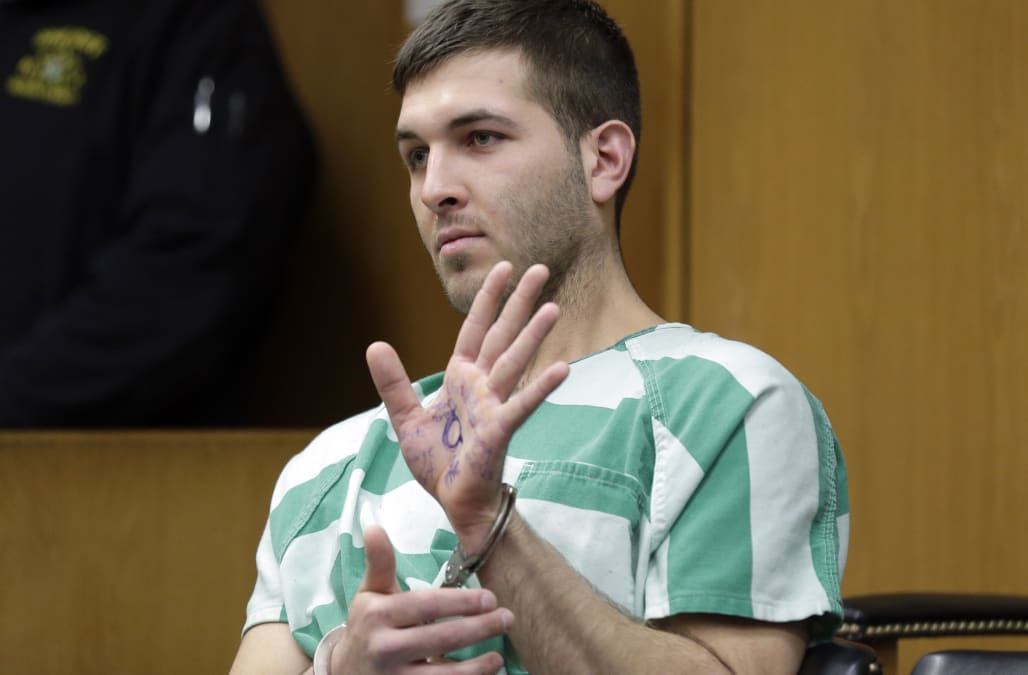 A lawyer for the man charged with killing a New York City mob boss said Monday that his client had been influenced by "right-wing conspiracy websites" and hate speech.

The lawyer, Robert Gottlieb, spoke to reporters after Anthony Comello, 24, was formally charged with gunning down Francesco "Franky boy" Cali, 53, outside his home in Staten Island, New York, on March 13.

Comello did not enter a plea Monday to the alleged crimes of murder, assault and criminal possession of a loaded firearm, though Gottlieb said Comello plans to plead "unequivocally not guilty."

"The truth and the reasons for whatever happened here will become so clear, and will be shown to be directly related to the hate that people are bombarded with every day on the internet and elsewhere," Gottlieb said.

"Those words matter," Gottlieb said. "They have an effect."

Gottlieb added that "certain signals that were picked up" came from "right-wing conspiracy sites" and "politicians, including right at the White House."

"Family and friends recognized and picked up significant changes in him over the past few months," Gottlieb said. "Something clearly went wrong." During an extradition hearing last week in Toms River, New Jersey, Comello appeared in court with pro-Donald Trump slogans scribbled on his hand, including "MAGA Forever" and "United We Stand MAGA."

Gottlieb said Monday that the slogans were "real."

"That was what he wanted to express that day," he said.

Authorities have not said why Comello allegedly killed the suspected Gambino crime family leader, though law enforcement sources have told NBC New York that it appears to be unrelated to Cali's role in the mob.