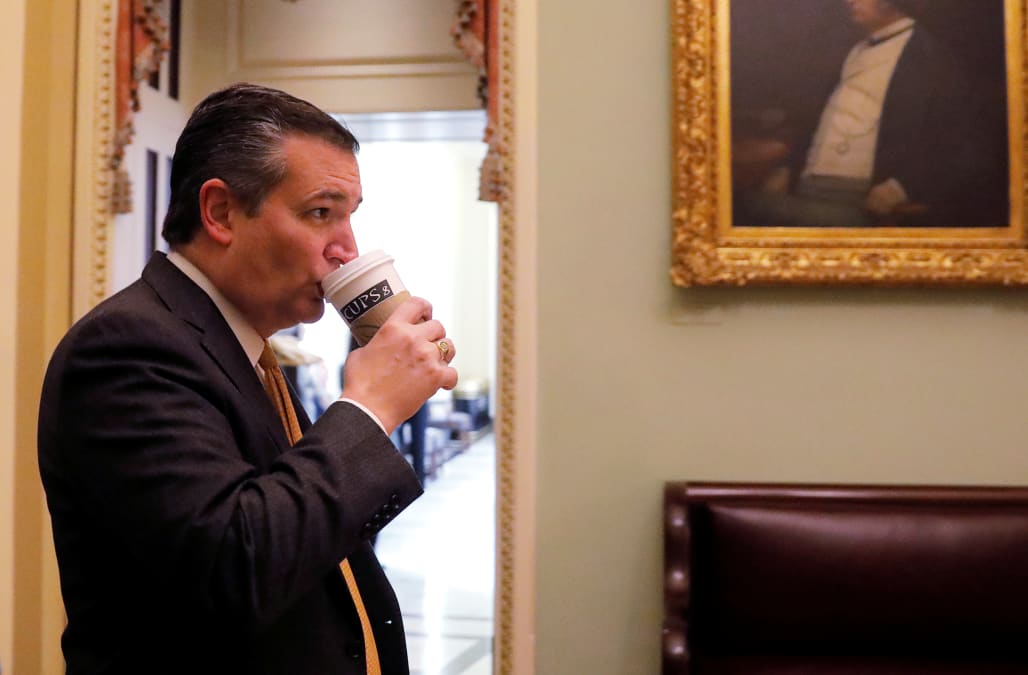 Republicans, buoyed by news that special counsel Robert Mueller's final report did not contain any new indictments, called for the document to be released in full on Sunday.

The "early indications" of no further indictments means "not a single person was indicted for colluding with the Russians to influence the 2016 election," Cruz said, adding, "That's good news for the American people."

On Friday, Mueller submitted his report to Barr, who is not required by the regulations governing the special counsel to notify Congress of more than "brief notifications, with an outline of the actions and the reasons for them." Barr said Friday he might inform Congress of Mueller's "principal conclusions" as soon as this weekend.

President Donald Trump has been uncharacteristically quiet since the report was submitted, posting next to nothing on Twitter aside from wishing followers to "have a great day" on Sunday morning. He tepidly called for the report's release last week, telling reporters on the White House South Lawn "let it come out, let people see it."

On Sunday, White House principal deputy press secretary Hogan Gidley told reporters Trump was feeling "good," but declined to say what the president thought of the conclusion of Mueller's probe.

Mueller was tasked with investigating Russian interference in the 2016 election and whether the Trump campaign colluded with Russian officials. Mueller's investigation led to the indictment or conviction of 34 people, including major Trump associates like former campaign chairman Paul Manafort and former national security adviser Michael Flynn. None of those charges, however, included a direct allegation of colluding with Russians to swing the 2016 election.

Still, elements of Mueller's probe are being investigated further in jurisdictions like the U.S. Attorney's Office for the Southern District of New York and in Congress, where Democrats have launched new inquiries aimed at the president, his associates and his administration.

Last week, the House unanimously passed a resolution calling for the report to be made public, and after Mueller's submission, Democrats widely called for it to be released in full.

"Absolutely, in fact I want to see all of it," Sen. Marco Rubio, R-Fla. and a member of the Senate Intelligence Committee, told NBC News' "Meet the Press" in calling for the release of Mueller's full report.

"What was the underlying criminal predicate for the entire investigation?" he added. "Let's see the FISA applications."

Rubio suspects that "at the end of the day, they are going to release the report."

Ohio Rep. Jim Jordan, a House Judiciary Committee member and top ally of the president's, said that he believes Democrats "don't think this Mueller report is going to be the bombshell they all anticipated it was going to be, so now they're launching all kinds of other charges, all kinds of other investigations."

On "Fox News Sunday," Georgia Rep. Doug Collins, the ranking member of the House Judiciary Committee, said "at this point, the president has been proved right."

Meanwhile, in a tweet following the Mueller report's submission, Trump's outside counsel, Rudy Giuliani, said "I trust" House Intelligence Committee Chairman Adam Schiff "is relieved there is no collusion."

Responding to the former New York City mayor's comment, Schiff said on ABC News' "This Week" that "Mr. Giuliani would be wise to wait until the report is made public before making any pronouncements on vindication."

Giuliani "would be wise to do something he has rarely done, and that is wait till we see the facts," he said."