'I don’t need to clear my name,' says suspect in killing of mob boss Frank Cali 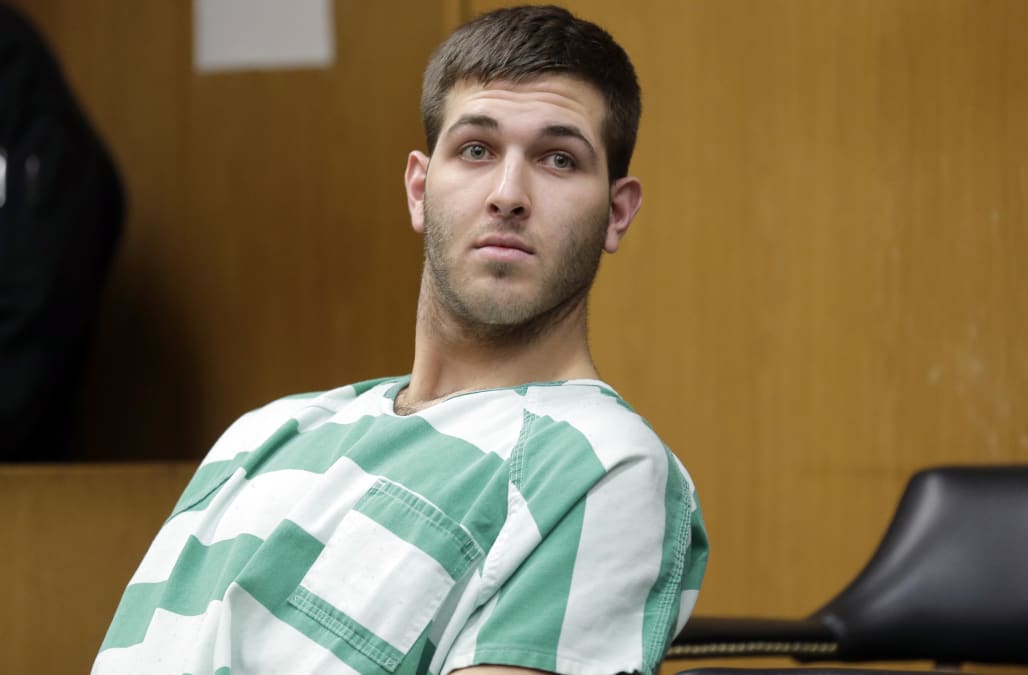 “I don’t need to clear my name,” the Staten Island man accused of gunning down Gambino boss Frank Cali told the Daily News in a brief jailhouse interview on Wednesday,

Anthony Comello, 24, who once tried to make a citizen’s arrest of Mayor de Blasio, wore a green-and-white striped jumpsuit as four officers escorted him to a video phone screen at the Ocean County Jail. He is accused of pumping a barrage of bullets into Cali’s chest in the driveway of the mob boss’ Staten Island home last Wednesday.

Before any questions could be asked of Comello, he blurted out, “You shouldn’t believe in stories. Don’t believe in fairy tales."

When asked if that meant he didn’t do the shooting, Comello responded, “I don’t need to clear my name. Have a good night. Be careful going home.”

He stared at the screen for about 20 seconds, saying nothing, then picked up the phone and said, "I can’t talk to no press. I can’t.”

He hung up, and the video call screen went black.

Police sources said the alleged killer may have been angry that the 53-year-old Cali had tried to prevent Comello from dating his niece.

Comello waved to reporters at a court appearance in New Jersey on Monday, showing off political slogans scribbled on his hands -- “United We Stand,” “MAGA Forever,” “Patriots in Charge” and a large, blue “Q.” That’s the symbol of the far-right conspiracy theory movement known as QAnon, which believes that President Trump is fighting a secret war against the deep state and a pedophile ring that includes several prominent Democrat politicians.

In February, he showed up at the federal courthouse in Manhattan, then at Gracie Mansion the next day, asking to make a citizens’ arrest of several elected officials and the mayor, police said.