Ocasio-Cortez fires back at Fox News for 'Latina thing' segment 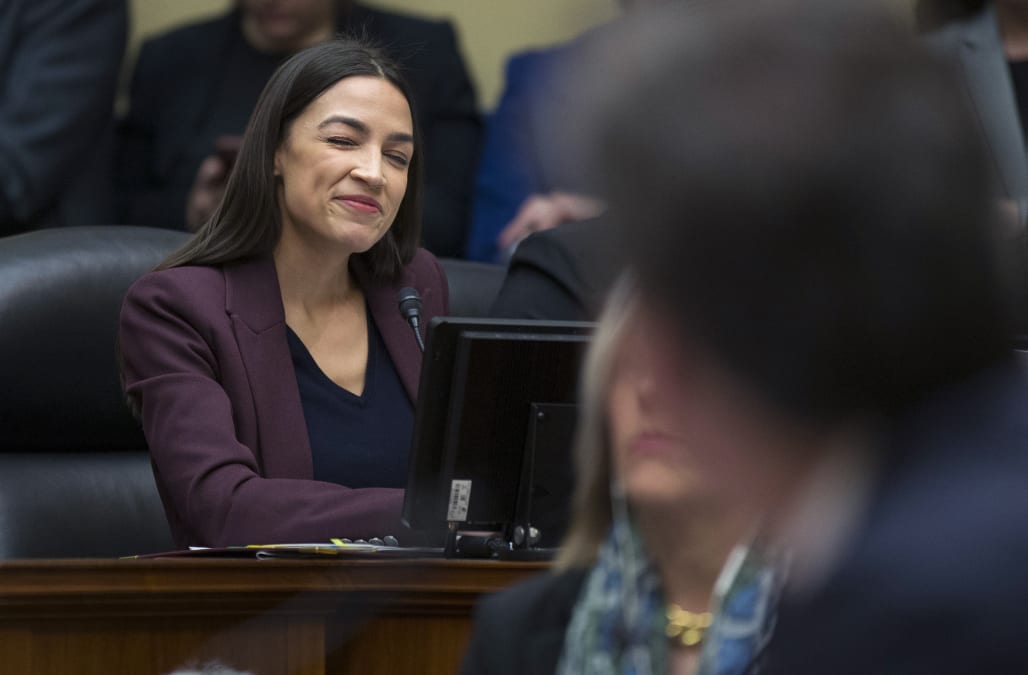 Rep. Alexandria Ocasio-Cortez fired back against Laura Ingraham on Wednesday after the Fox News host and a guest mocked the freshman New York Democrat for the way in which she pronounces her name.

On her primetime show Tuesday night, Ingraham asked conservative lawyer Joe diGenova if he had noticed the way Ocasio-Cortez introduces herself with a “put on” accent.

“She does the Latina thing where she does her, you know, ‘Anastasio Ocasio-Cortez,’” diGenova said, using an exaggerated accent and misstating her name.

“If by ‘the Latina thing,’ she means I actually do the work instead of just talk about it, then yeah, I’m doing ’the Latina thing,’” she wrote. “Unless of course she’s talking about being multilingual, which we know isn’t a ‘Latina thing.’ It’s a ‘21st century’ thing.”

She followed up with a tweet blasting Ingraham for labeling newly-elected congressional Democrats as radicals, and she suggested that the Fox News host was using women of color to stoke fears among viewers.

Unless of course she‘s talking about being multilingual, which we know isn’t a ‘Latina thing.’

"Fox News likes to say my name (incorrectly) as 'Cortez,' which I can only imagine is bc that sounds more ‘stereotypically’ Hispanic + probably incites more ‘anxiety’ for them," she continued. "My last name is not 'Cortez,' just as theirs isn’t 'Ingra' or 'Carl' or 'Hann.'"

She added: "My last name is Ocasio-Cortez. Full stop. That’s my name. No, you can’t say 'Cortez.' I’ve never used that in my life. 'Cortez' is referring to someone else. Even if they‘re trying to be rude + wrong, my dad’s last name was Ocasio anyway."

For the curious, in Latinx culture children take *both* their parents‘ names.

It’s not a “progressive, new thing.” It’s just how some names work. PR hyphenates, others mark differently. Your last name = the families that came together to make you.

AOC is also fine though :)

Ocasio-Cortez has become a favorite target for Fox News’s hosts. On Tuesday’s show, Ingraham referred to Ocasio-Cortez as “the It Girl” and “the juice” of the Democratic Party.

There is undoubtedly a buzz surrounding the 29-year-old lawmaker, who is on the cover of next week’s Time magazine.

“Ocasio-Cortez represents one vision of the Democratic Party’s future,” Time’s Charlotte Alter notes in her cover story. “She’s a political phenomenon: part activist, part legislator, arguably the best storyteller in the party since Barack Obama and perhaps the only Democrat right now with the star power to challenge President Donald Trump.”

.@AOC is on the cover of next week's @Time magazine. pic.twitter.com/Fhci72qNA2