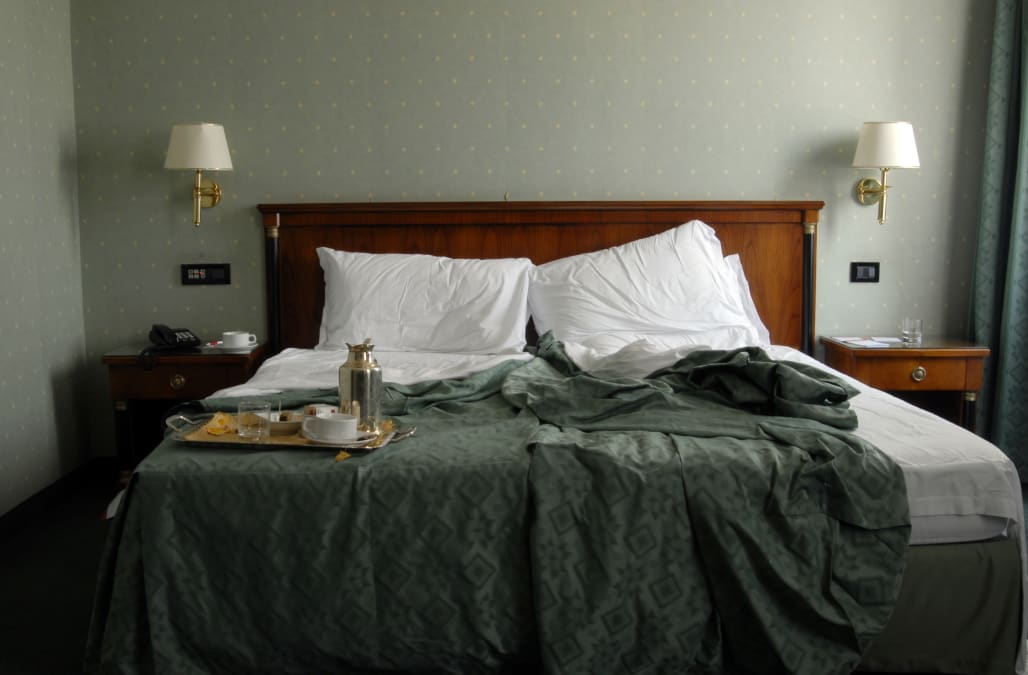 Nearly 1,600 people were secretly recorded in South Korean motel rooms and live-streamed online for paying customers to watch in an unsettling, widespread scandal.

Authorities arrested two men on Wednesday in connection with the disturbing crime, which involved 42 rooms in 30 motels in 10 cities around the country, CNN reports.

The perpetrators allegedly hid tiny cameras inside TV boxes, wall sockets and hairdryer holders and live-streamed the footage online to over 4,000 paying customers, 97 of whom shelled out a $44.95 monthly fee to access "extra features, such as the ability to replay certain live streams," according to CNN.

In total, the operation netted about $6,200. If convicted, the two men face up to five years in prison and tens of thousands of dollars in fines.

Around 1,600 people have been secretly filmed in hotel rooms in South Korea, with the footage live-streamed online for paying customers to watch, police there say https://t.co/XKPsqPPNw4pic.twitter.com/Eo083i93nx

The scandal is the latest incident in South Korea's "spy cam epidemic," which has rapidly grown over the past few years and instilled terror in the country's women.

CNN reports that in 2012, around 2,400 instances of illegal filming were reported to police. The number of reported cases ballooned to over 6,400 in 2017.

The images and videos— taken anywhere from motel rooms to dressing rooms to the inside of toilet bowls in public restrooms — often end up on pornographic websites, leaving victims feeling distraught and violated.

"The most common things that the clients are saying — and they are quite heartbreaking — are 'I want to die' or 'I cannot leave my house,'" Lee Ji-soo, a computer specialist who helps women remove illegal images of themselves from the web, told CNN. "Especially the victims of spy cam or illegally taken videos say that when they encounter people on the street, they feel like they would be recognized."

In 2018, South Korean capital Seoul announced it would be increasing the number of employees assigned to search public bathrooms for hidden cameras from 50 to 8,000 to combat the epidemic, the New York Times reported.