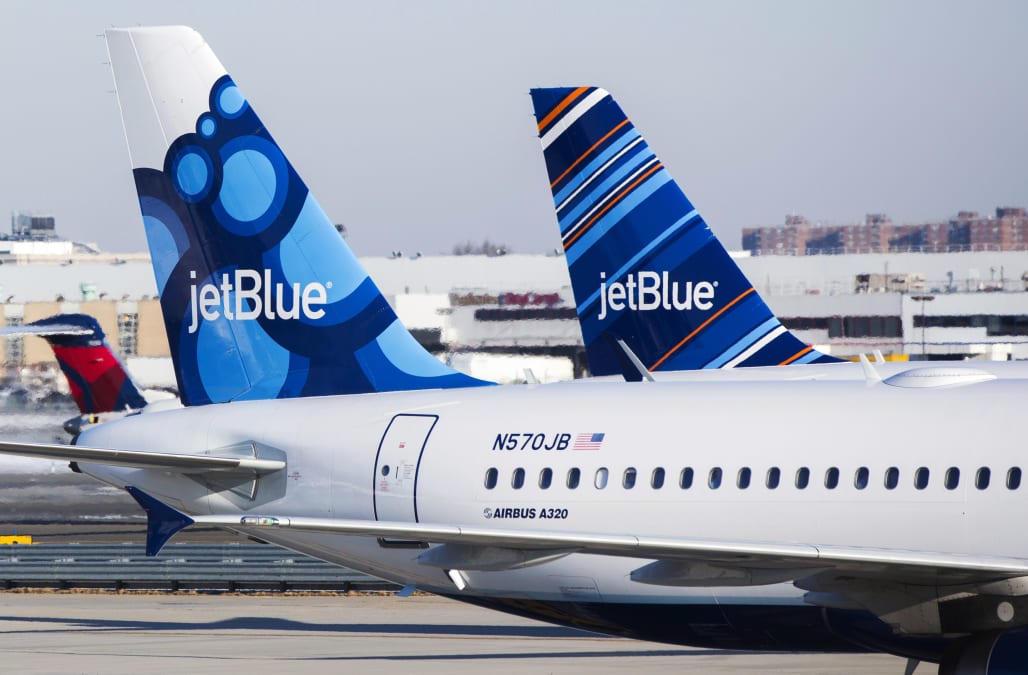 Two female JetBlue crew members claim they and a third women were drugged by two pilots for the airline, and that one of those pilots also raped them and intentionally passed on a sexually transmitted disease, according to a lawsuit filed Monday.

The plaintiffs, referred to in the suit as Jane Doe 1, of Riverton, Utah, and Jane Doe 2, of Fort Worth, Texas, say the incident occurred in San Juan, Puerto Rico in May 2018. The women had just completed their shift on a flight from Washington, D.C., to Puerto Rico, and checked into the Intercontinental Hotel in San Juan. They then headed to the beach together, where they met Eric Johnson and Dan Watson, the defendants. After a brief chat, they learned the men were JetBlue pilots.

According to the suit, Johnson then pulled an opened beer from his lunchbox and offered it to Jane Doe 1, who drank some and shared it with Jane Doe 2. A third crew member, who is not named as a plaintiff, also allegedly drank some of the beer. “The rest of the night became a blur” for the women, who claim the beer must have been laced with a drug.

At some point, the women found themselves back at the hotel with the pilots, but they have no memory of going there. Jane Doe 1 says she was aware of Johnson getting on top of her and having sex with her against her will, but because she was “in a haze,” she couldn’t fight him off. She also references having “flashes of memory” of Johnson raping Jane Doe 2. She claims Johnson then told her, “Thank you for making my fantasy come true.”

Jane Doe 1 describes feeling “groggy and numb” the next day. She discussed the evening with the third crew member, who acknowledged she had also been drugged and raped; they say they were “stunned” by the incident. Upon boarding their return flight to Newark, N.J. that day, the three women claim they were nauseous and vomited in the bathroom. They say it was “an effect they had not felt before despite having consumed alcohol previously,” according to the suit.

Upon arriving at New Jersey’s Newark airport and departing the flight, the three women reconvened and confirmed once again they all had identical memories of the nightmarish experience — including the inability to consent or even react to sexual intercourse and huge gaps in their memories of the evening. They then researched the symptoms of date rape drug intoxication, and the descriptions rang true to the women; they were all convinced they had been drugged and raped by the pilots.

Jane Doe 1 also developed a “tremendous fear” that she had contracted an STD from the rape, says the lawsuit. The pilot promised her he would get tested. In the meantime, Jane Doe 1 went to the hospital to get screened for drugs and STDs; the doctors later confirmed she had contracted human papillomavirus, or HPV, for which she had previously tested negative.

She also contacted JetBlue’s New York headquarters, where she was employed, and reported “sexual assault, rape and sex and gender discrimination,” according to the suit. She was told the airline would investigate the matter, but she claims no action was ever taken against Johnson and Watson. So she contacted a lawyer.

The ensuing lawsuit alleges that the drugging Jane Doe 1 experienced, the rape she endured and the HPV she contracted have left her “extremely humiliated, degraded, victimized, embarrassed and emotionally distressed.” The suit also states the woman will experience ripple effects including “loss of income” and “loss of salary, bonuses, benefits and other compensation which such employment entails,” as well as future monetary losses, “emotional pain, humiliation, suffering, inconvenience” and “loss of enjoyment of life.”

When contacted by Yahoo Lifestyle, a representative for JetBlue said, “While we cannot comment on pending litigation, JetBlue takes allegations of violent or inappropriate behavior very seriously and investigates such claims thoroughly. We work to create a respectful workplace for all our crewmembers where they feel welcome and safe.”

The women are asking for $75,000 in damages, according to the suit, plus attorney fees and costs. Yahoo Lifestyle has also reached out to the women’s attorneys at Derek Smith Law Group for further comment.

More from Yahoo Celebrity:
Bridget McCain makes rare statement slamming Trump for his attacks on her late father: ‘You are a child’
Man framed for murder gets $13.1 million settlement: 'I'm not done with them by a long shot!'
Sarah Silverman's 'butt' T-shirt garners interesting reactions — but nothing tops cancer survivor Marcia Cross's response