George W. Bush recorded his first ever hole-in-one Wednesday at 72 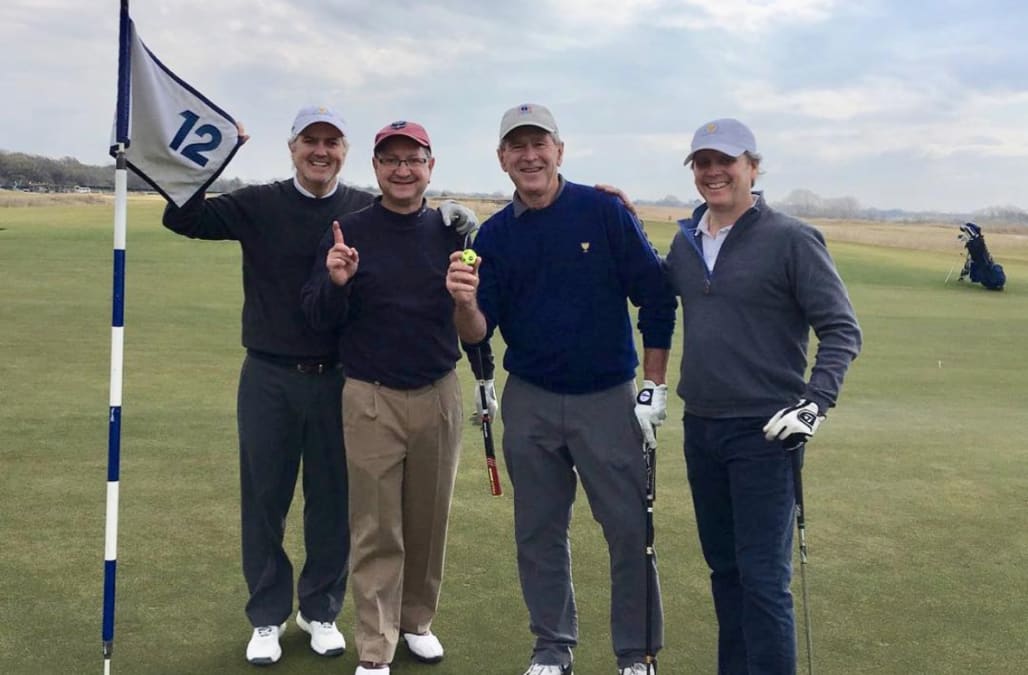 Recording a hole-in-one is no easy feat — and is something many players never accomplish.

Former President George W. Bush, however, doesn’t have to wait any longer to join the elite club of golfers.

Bush recorded his first ever hole-in-one on Wednesday at Trinity Forest Golf Club in Dallas, which will host the AT&T Byron Nelson later this year. The 72-year-old, playing with The Bush Center CEO Ken Hersch and board members Mike Meece and Bill Hickey, proudly shared a photo from the No. 12 green on Instagram.

With coaching from @thebushcenter CEO Ken Hersh and board members Mike Meece and Bill Hickey, I scored my first hole-in-one at the home of our Warrior Open and the @attbyronnelson. Next golf goal: live to 100 so I can shoot my age.

According to Trinity Forest’s member scorecard, No. 12 — the 18-handicap hole on the course — plays 164 yards from the white tees, 205 yards from the blue tees and 250 from the tips.

Congrats, Dubya. Now, good luck on your next golf goal.