Why people in Finland are so much happier than Americans 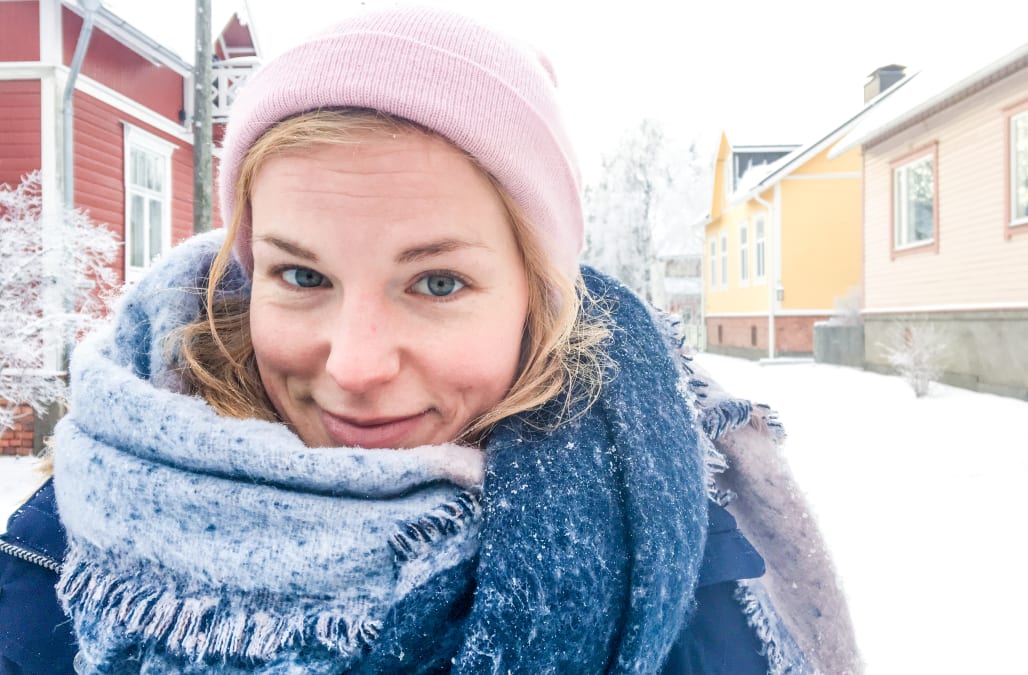 For the second year in a row, Finland has been named the happiest country in the world by the World Happiness Report. What’s more, the Nordic nation has pulled “significantly ahead” of the other top 10 countries in the report, which ranks the happiness levels of 156 countries using data from Gallup World Poll surveys.

The U.S., by contrast, has continued its downward trend. This year it’s in 19th place for overall happiness. Last year it was 18, down from 14 the year before.

It’s not hard to understand why Finland is doing so well. The northern European country has a strong social safety net, including a progressive, successful approach to ending homelessness. It also has a high-quality education system, and its commitment to closing the gender gap is paying off. With a population of just over 5.5 million people, it’s the only country in the developed world where fathers spend more time with school-aged children than mothers.

Finnish society has been built in such a way that people are supported but still feel like they have control over their lives, said Anu Partanen, the author of The Nordic Theory of Everything, who recently moved back to her native Finland after a decade in New York.

“Most people would like a life where they can get health care if they get sick, where their children get a good education, where they can work and hopefully feel fulfilled in that work, while still being able to spend time with loved ones,” Partanen told HuffPost. “It’s not that Finns are necessarily looking to become immensely rich. I think Finland just does a pretty good job of helping people achieve this lovely, ordinary life.”

The top 10 happiest countries are, as in previous years, dominated by the Nordic countries of Denmark, Norway, Iceland and Sweden, as well as Finland. And all but two of them, New Zealand and Canada, are in Europe.

The picture is much less positive in other parts of the world, particularly South Asia, where a sustained drop in India’s well-being (now ranked 140th) is responsible for driving the region’s well-being decline. In fact, India performed so poorly and its population is so significant that it dragged down the entire global happiness levels.

More research needs to be done to understand what’s going on in India, but it’s a stark reminder that rapid economic development and social change can impose costs as well as bring benefits, said report co-editor John F. Helliwell, a senior fellow of the Canadian Institute for Advanced Research.

“High economic growth does not necessarily go along with improvements in happiness,” he told HuffPost. “Indeed, it can often come at the expense of people’s social connections and the happiness of their daily lives.”

The U.S. government would do well to take this message on board, said co-editor Jeffrey Sachs, director of the Center for Sustainable Development at Columbia University. “We keep chasing economic growth as the holy grail, but it’s not bringing well-being for our country. We should … stop our addiction to GDP growth as our sole or primary indicator of how we’re doing.”

Partanen, who returned to Finland with her American husband and year-old daughter in search of a “more sane” family life, said their time in the U.S. was defined by anxiety. “It takes immense energy to find the right day care, find the right school, find the right doctor, then figure out the right insurance plan and how you’re going to pay for everything, as it’s so expensive.”

'This is the worst administration we’ve ever had...'

As U.S. well-being continues to deteriorate and inequality rises, the country’s social fabric is being put under increasing stress, said Sachs, creating a society that is acutely vulnerable to exploitation and what the economist calls “an epidemic of addictions,” including substance abuse, overwork and gambling. To address this, the government needs to rein in the companies driving these addictions, said Sachs, but the opposite is happening.

“This is the worst administration we’ve ever had in terms of unleashing lobbying power and handing over the regulatory system to the corporate interests,” he said. “[The Trump administration is] working overtime for a very small group of rich and powerful people doing a huge amount of damage to the overall public good.”

Community and social connections are a central theme of the 2019 report, which details how face-to-face activities, such as sports and volunteering, contribute to positive well-being, while online connectivity can undermine it.

This is particularly the case when it comes to younger people. Over the last decade, the amount of time adolescents (ages 13 to 18) spent on screen activities, such as gaming, social media and texting, has steadily increased. By 2018, 95 percent of adolescents in the U.S. had access to a smartphone and 45 percent said they were online almost constantly. Several studies have found a correlation between the time young adults spend online and a reduction in well-being. For example, girls who spent five or more hours a day on social media were found to be three times more likely to be depressed than non-users.

The report concludes that, although burgeoning information technologies have increased the scale and complexities of human connectivity, they risk the quality of social connections in ways not yet fully understood and for which remedies do not yet exist.

Countries should be as concerned by unhappiness as they are by any other public health threat, said Laurie Santos, professor of psychology at Yale University. We might think of the goal of becoming happier as only something rich countries have the luxury of worrying about, she told HuffPost, but happiness goes much deeper than that. “Being happy is correlated with job performance, resilience in the face of disease, and even longer life.”

Ultimately, the World Happiness Report aims to encourage governments and individuals to shape policies and life choices with greater well-being in mind. Some countries are already making strides to incorporate well-being into their governance. New Zealand Prime Minister Jacinda Ardern, for example, has called for a different kind of economy that brings well-being and environmental principles more systemically into its policies.

“It’s the government’s job to provide higher quality of life for its citizens,” said Partanen. “In the U.S., there’s a lot of focus on achieving happiness, but often the solution is to do more yoga or to meditate ― happiness is what you make of it. For governments, happiness shouldn’t be some sort of internal thing that a person has or doesn’t have, or that they have to figure out for themselves. It’s about helping citizens gain better quality of life … Of course we want to achieve things, but what are we achieving them for if not for better quality of life for all of us?”

More from HuffPost US:
Viral Video Will Give You Some Mind-Blowing Ways To Tie Your Shoes
George Conway Reveals How Tweeting About Trump May Actually Help His Marriage
Why People In Finland Are So Much Happier Than Americans