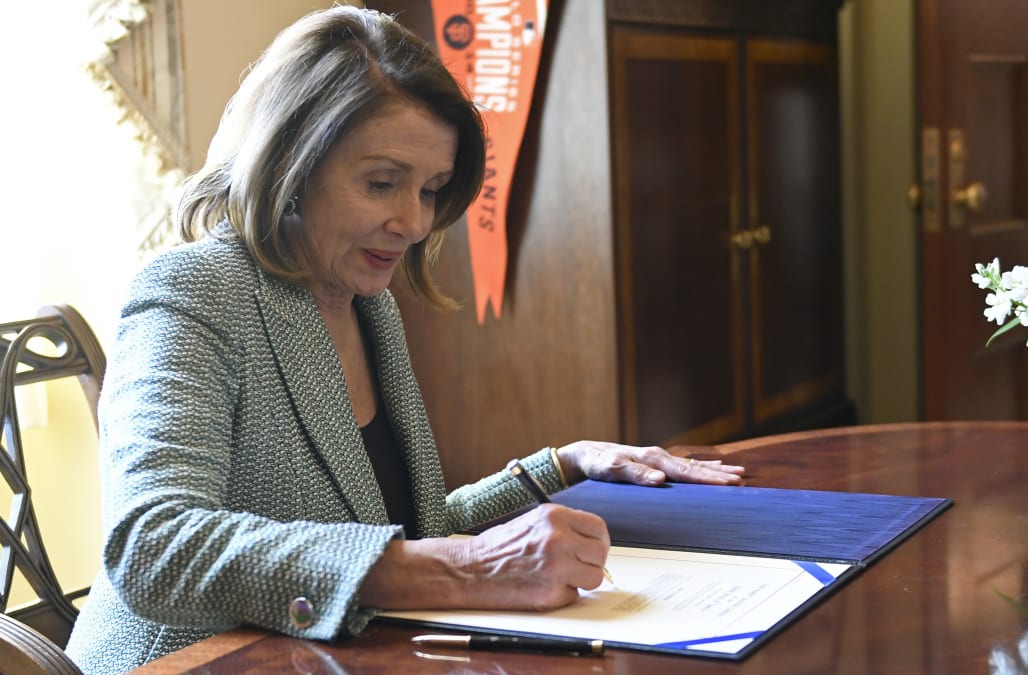 The House speaker acknowledged Wednesday that Congress all but certainly won’t be able to block President Trump’s border wall veto, but asserted she will force a vote on the matter anyway because the President’s attempt to “deface” the Constitution shouldn’t go unanswered.

“Whether we can succeed with the number of votes is not the point,” Pelosi said during a press conference in Manhattan when asked why she has set a March 26 vote in the House to override Trump’s veto. “We are establishing the intent of Congress. The President has decided to be in defiance of the Constitution, to deface it, with his actions.”

RELATED: Nancy Pelosi through the years

Trump’s Friday veto — the first of his presidency — overturned a bipartisan resolution passed by both chambers of Congress that would have rescinded the national emergency he declared Feb. 15 in an attempt to bankroll his coveted wall without congressional approval.

In order to block the Friday veto, both the House and the Senate would need two-thirds of its members to unite against it, a virtual impossibility, considering a majority of Republicans side with the President.

However, Pelosi said voting on the veto next week sends a message to Trump and helps propel the litany of legal challenges filed against his emergency order.