Mother Accused Of Abusing 7 Adopted Children, Forcing Them To Perform On YouTube 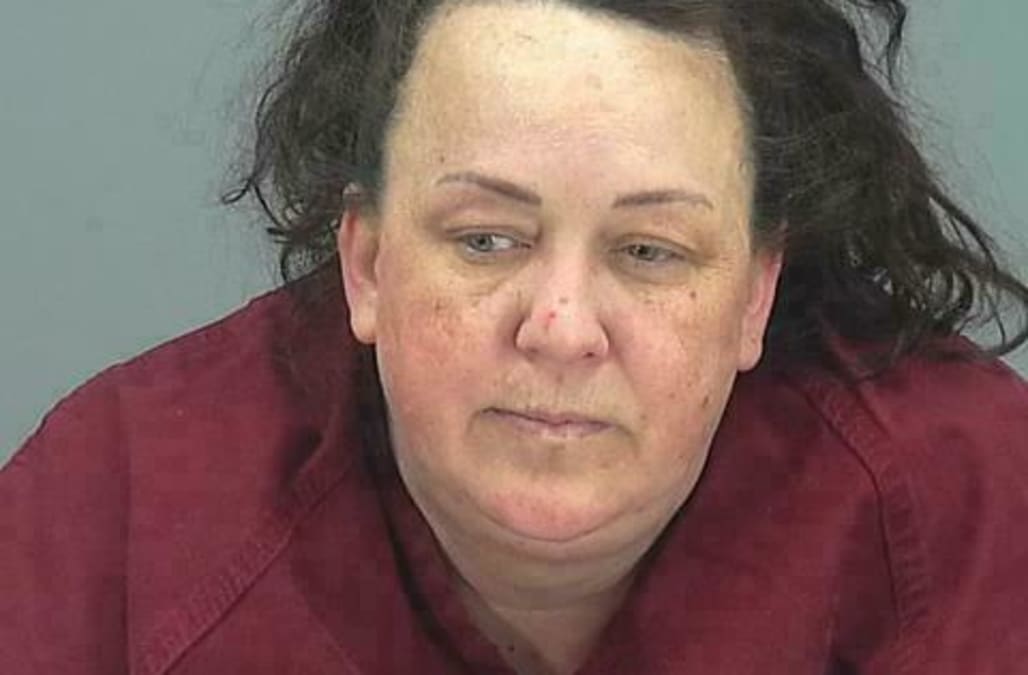 An Arizona mother is accused of abusing her seven adopted children and forcing them to perform for her mega-popular YouTube channel.

Her two biological adult sons, Logan and Ryan Hackney, were also arrested and face charges for failing to report abuse. The two men have appeared alongside their adopted siblings in “Fantastic Adventures,” a children-oriented YouTube series created by their mother in 2012. As of Wednesday morning, the channel had nearly 800,000 subscribers.

Police had received a tip about the abuse from Machelle Hackney’s biological daughter on March 13, prompting a welfare check on the home, according to arrest records. When they arrived on the scene, police say they found children who appeared to be malnourished and underweight.

One child was found in a closet wearing only a pull-up diaper, police said. Several children said they were extremely hungry and thirsty. Upon being offered water, a male child consumed three 16-ounce bottles of water within 20 minutes. A female child was offered a bag of chips, but she said she was fearful to eat it because she didn’t want her mother to smell chips on her breath.

Liza Koshy, formerly a prominent Vine comedian, started to gain a massive following on YouTube in 2016 with humorous videos that she produces weekly. Koshy has since gone on to star in the Hulu series "Freakish!" and Tyler Perry's horror-comedy "Boo! A Madea Halloween."

Jake Paul started out as a personality on the now-defunct Vine, creating comedic shorts with his older brother, Logan Paul (the eighth most popular YouTuber in the US). Paul now posts comedic videos, original music, and other material on his personal YouTube account. He has also become something of a villain in pop culture, as has his brother (see No. 8).

Roman Atwood is an Ohio-based vlogger who posts prank videos and other humorous daily-life updates that often involve his girlfriend and three kids. In November, Atwood premiered his own YouTube Red series, "Roman Atwood's Day Dream," which focuses on "extreme stunts."

Epic Rap Battles of History started as a live improv skit by two friends, but quickly become an online sensation. Founders Peter Shukoff (NicePeter) and Lloyd Ahlquist (EpicLloyd) pick two figures from history or pop culture and imagine what it would be like if they faced off in a rap battle. The videos are entertaining, with characters as varied as Darth Vader, Adolf Hitler, Abraham Lincoln, and Chuck Norris verbally battling one another in full costume.

The former Vine star and older brother of Jake Paul has over 16 million followers on his personal YouTube account, where he posts vlogs and reaction videos. Paul drew intense criticism in January for filming the body of a man hanging from a tree in Japan's Aokigahara forest. YouTube withdrew some of its backing of Paul in the wake of the controversy by removing him from Google Preferred and putting his YouTube original projects on hold.

Brooklyn natives Benny and Rafi Fine are the two online producers/writers/directors who created the successful React video series. In React's various iterations — Kids React, Teens React, Elders React, and YouTubers React — the brothers show viral videos to people and film their reactions. In 2016, they were involved in a controversy over trying to copyright the React video form that drew widespread backlash and led to a campaign to unsubscribe from the duo's channel.

JennaMarbles (real name Jenna Mourey) has long been one of the most recognizable stars on YouTube. Though she started her career with BarStool Sports, Mourey soon moved into video after posting "How to Trick People into Thinking You're Good Looking," which quickly blew up. Her channel features comedic videos about being a young millennial woman.

Mark Fischbach, known as Markiplier, is a YouTuber focused on gaming. He has an energetic style. Fischbach has ambitions beyond YouTube, as well. He once told Variety that he wanted to "push [himself] into music and acting."

Ryan Higa, who goes by the username NigaHiga, was one of the first major YouTube stars. Higa produces a variety of comedy videos, including sketches, music videos, and short commentaries on pop culture. His videos have high production value and a professional touch, with a quick, funny, and incisive sensibility.

Smosh, started by comedy duo Ian Hecox and Anthony Padilla, was one of the first YouTube sensations, becoming well known for the duo's slapstick comedy videos that parodied video games and pop culture. Anthony Padilla left the Smosh channel in June 2017 to create his own solo YouTube account, which now has over 2 million followers.

Dude Perfect is a channel from twins Cory and Coby Cotton and three of their college friends from Texas A&M, all of whom are former high school basketball players. They do sports tricks and comedy, some of which makes fun of sports stereotypes.

The children told police and Arizona Department of Child Safety investigators that Machelle Hackney routinely pepper-sprayed them and locked them in closets for days at a time with no food, water or bathroom access.

Hackney forced them to take ice baths, and if they resisted, would force their heads underwater, one female child told police. A male child told police that his mother would beat him with hangers, belts and brushes and described instances in which she pinched the tip of his penis with her fingernails to the point it would bleed.

One female child said Hackney once pepper-sprayed her in the vagina, causing pain in that area for several days. Another child said the mother puts on a mask to protect herself before attacking them with pepper spray.

Several children said they were forced to stand in a corner with their arms raised above their heads for hours at a time and would be violently pinched if they moved at all.

DCS removed the children from the house. They remained in child protected custody as of Wednesday morning.

Machelle Hackney has denied abusing her children and said she disciplined them by grounding them, spanking them and making them stand in a corner. Ryan Hackney declined to speak to police during an interview, citing his Miranda rights.

Logan Hackney admitted to police that he knew the children were locked in closets at times and suffered abuse at the hands of his mother. He said Ryan would sometimes sneak the children food when they were locked up.

Police say all the children discussed having to participate in “Fantastic Adventures” and said they were physically abused if they did not remember their lines or did not act as Hackney had directed them. They said they were pulled out of school years ago so they could film more.

“Fantastic Adventures,” which features the children acting as superheroes and engaging in Nerf wars, has garnered over 240 million views since 2012. The page was still operational on Wednesday morning, though YouTube confirmed the channel had been demonetized.

“We take safety on YouTube very seriously,” a YouTube spokesperson said in a statement. “When we’re made aware of serious allegations of this nature we take action, which may include suspending monetization, or, upon conclusion of an investigation, terminating channels.”

ABC 15, citing a source close to the investigation, reported that DCS had previously been called to Hackney’s home more than five times. DCS did not immediately respond to HuffPost’s request for comment.