The season is already over for 11 NBA teams, and 1 team is in the lead for the race to the bottom 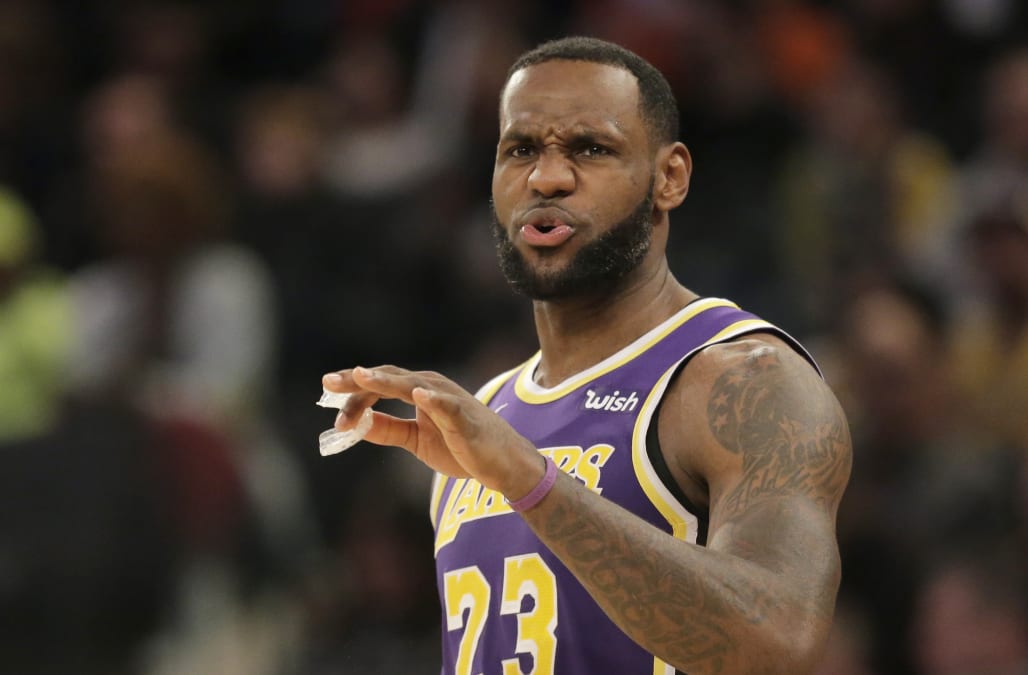 The NBA regular season is in its stretch run, but for many teams, the season is already over.

This year's playoff race, at the moment, lacks drama, with seven teams boasting less than a 1% chance of making the postseason and four already eliminated entirely.

On the other hand, the race for the bottom is on, with the New York Knicks owning the league's worst record over the Phoenix Suns and Cleveland Cavaliers. With the NBA's new lottery odds, the three worst teams share a 14% chance of landing the No. 1 pick, but the team with the worst record can't pick lower than fifth.

We used 538's playoff odds to determine who is out of the race and Tankathon for the odds at the No. 1 pick.

Several Eastern Conference teams boast higher odds to land the No. 1 pick than Western Conference teams, but they aren't mathematically eliminated from the playoffs. The Orlando Magic, Charlotte Hornets, and Washington Wizards are all 3.5 games or less of a playoff spot in the East.

With a few weeks to go until the playoffs, here are the teams whose seasons are finished and are now jostling for better lottery odds.

The season is already over for these NBA teams
1. New York Knicks

One thing to know: No team is tanking as successfully as the Knicks, who have won just five games in all of 2019. Of course, they are tanking in the worst possible year, as the lottery odds give them a 14% chance at the No. 1 pick and a 47.9% chance at the fifth pick.

One thing to know: It's been another poor year for the Suns, who haven't made the playoffs since 2010. However, in March, they've managed impressive wins over the Warriors and Bucks, the two best teams in the league.

One thing to know: The Cavs are 6-5 with Kevin Love in the lineup since he returned from a foot injury, and are +34 with him on the floor.

One thing to know: Zach LaVine has been on fire since the All-Star break, averaging 27 points per game on 48% shooting, 46% from three. The Bulls might rather see their young players like LaVine make strides in the final month of the season than bottom-out for a higher draft pick.

One thing to know: The Hawks appear to have found the beginning of a good, young core in Trae Young and John Collins. Both players are averaging over 20 points per game since 2019 began. Young has been making a late push for Rookie of the Year.

One thing to know: Credit the Grizzlies for the Joakim Noah signing. The 34-year-old center is averaging 7 points and 5 rebounds per game off the bench, and the team owns a 1.2 net rating with him on the floor for the year, an impressive number for a team with a -2.2 net rating on the season.

One thing to know: The Mavericks' pick goes to the Hawks if it lands outside of the top five. It's no coincidence the Mavs have lost 12 of their last 14.

One thing to know: Who needs Anthony Davis when Elfrid Payton has posted four straight triple-doubles and is averaging 11 points, 8 rebounds, and 9 assists per game since the All-Star break.

One thing to know: The Lakers' failed playoff chase has been one of the biggest stories of the last two weeks. They are now 9.5 games back of a playoff spot and planning to rest LeBron James more. It's over.

One thing to know: A big story of the Wolves' season has been the lack of improvement from Andrew Wiggins. The 2014 No. 1 pick has posted the second lowest scoring figures of his career (17.1 points per game) on a career-worst 39.8% shooting.

One thing to know: The Kings' playoff hopes are slipping, as they're now six games back of eighth place with 13 games to go. Regardless of how they finish, this season has been a resounding success.

(AP Photo/Rich Pedroncelli)
Up Next

Now, learn some strategies for filling out your March Madness brackets...

6 tips for filling out your March Madness bracket >

More from Business Insider:
LeBron James is in danger of missing the playoffs for the first time in 14 years, and things are reaching a boiling point with the Lakers
NBA POWER RANKINGS: Where every team stands coming out of the All-Star break and heading into the stretch run
Steph Curry's insane bounce pass for Giannis Antetokounmpo's alley-oop stole the show at NBA All-Star game